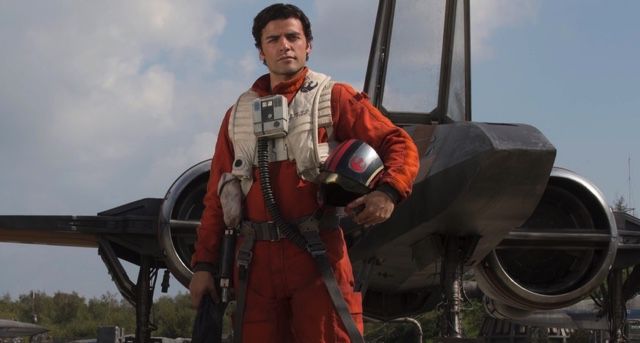 The film adaptation of Brian K. Vaughn and Tony Harris’s Ex Machina isn’t going to be called Ex Machina. Why? Probably at least in part because its star, Oscar Isaac, has already been in a movie called Ex Machina and it’s always wise to keep your sexbots separate from our superheroes.

The good news is, the comic itself provides an excellent alternative title: The Great Machine. Which happens to be Mitch Hundred’s (Isaac) alter ego. Hundred acquired his powers as the result of an extradimensional explosion which branded him with circuit board–like markings and gave him the ability to control machines. After heroic actions on 9/11, Hundreds is elected mayor of New York. The comic follows both the story of Hundred’s term of office and an investigation of his powers and their origins.

Side note of no consequence but hilarious: Mitch Hundred’s mother’s name was…

Knocking around in ye olde comic archives got me thinking about other comic-based roles that might be perfect for Isaac. I know, I know; you want me to say “all of them.” And, as tempting as that it, let’s narrow it down a bit, shall we? 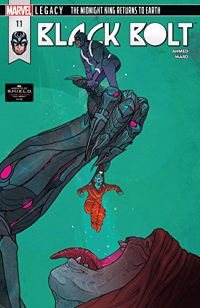 I liked Anson Mount as Black Bolt. He was the only thing I liked about the travesty of the Inhumans small-screen foray but he did his job admirably. That said, I think Isaac would be perfect for Ahmed’s incarnation specifically. When the run starts, Black Bolt is in trouble. Serious trouble. He’s incarcerated in one of the universe’s most horrible prisons, being tortured and killed and resurrected daily and the only help that’s coming is from the other prisoners: a child and Crusher Creel/Absorbing man (of Netflix Daredevil fame). This is a Black Bolt who’s terrified but manages to maintain his gravitas, which always makes for a great character study (and Isaac is great at roles with that sort of range).

And if the strong silent type isn’t your type, never fear: the warden of this particular prison has the ability to depower heroes, which means Black Bolt can speak without killing everyone in a 50 mile radius.

This is the Poe Dameron escape side-quest we didn’t get to see in The Force Awakens. Enemies to allies, protective dad taking care of a kiddo in need…it hits every beat in a unique way. I’m here for it.

I absolutely adore Abdul-Jabbar’s Mycroft Holmes novels, but the comics add some serious swashbuckling adventure to the world, for which I am always a sucker. Sent by Queen Victoria to defeat a man with a weapon that can destroy the world, this is not Conan Doyle’s Mycroft. This is the smartest man in England (yes, smarter than Sherlock) who loves a good adventure even more than he likes nice clothes, expensive liquor, and a good smoke. His bureaucratic days are so far in his future he can’t even envision them (and Abdul-Jabbar comes up with an entirely plausible explanation for why that transition takes place) and this story is a pure, unbridled joy.

Can you see Isaacs’s Mycroft being caught with someone’s wife en flagrante, hauled to Buckingham Palace, given an assignment by the Queen, and then charging into danger and mayhem? Swashing buckles and such? 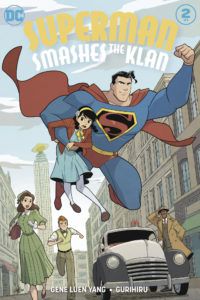 I have never cried over a Superman comic before. As the great-granddaughter of Jewish immigrants, however, Superman Smashes the Klan kicked me right in the feels.

This is exactly the Superman I was describing when I wrote my proposed solution to DC/WB’s supposed “Superman Problem”. He’s a good man. A kind man. He likes kids and Lois Lane and the truth. He is also willing to bust heads when evil rears up and tries to do harm.

This is also a Clark whose parents haven’t told him where he’s from or why he’s different; they want, as any parent does, to keep their son safe and, in the 1920s and ’30s, that meant fitting in. Fitting in, however, means Clark doesn’t know the full measure of his powers and it’s only in the course of the story, as he’s working to save a Chinese family from the Klan, that he discovers the truth. Instead of removing himself, however, or hiding to avoid the censure of “bigots in bedsheets,” Superman becomes even more determined to protect everyone who needs it.

“[W]e are bound together by the future,” he says. “We all share the same tomorrow.”

The son of Guatemalan and Cuban immigrants, born in Guatemala and raised in Miami, Isaac is the perfect actor to capture this Superman, one who came from somewhere else, made America his home, and is willing to fight to defend it. A man who respects his roots and learns how important it is to share them, even if that proves a challenge.

Just imagine him delivering that line about a shared future in English, Spanish, and Kryptonian…

And let us never forget the hair.

Isaac went hard for FinnPoe and we will always love him for it and it’s support for the LGBT+ community that brought this particular role to mind. When the King first discovers his son, Sebastian, has a female alter ego, Lady Crystallia, he rejects the thing that has become so integral to who is son is. He cuts Sebastian out of his life, mourns as though Sebastian has died. As time passes, however, the king comes to understand Sebastian, and Lady Crystallia, with the help of Sebastian’s best friend, Frances. And in the the prince and dressmaker’s most desperate hour, it is the King who comes to their rescue, modeling Frances’s fashions along with his men and his son.

It feels like the right place for the pilot in StormPilot to land.

A few other roles I could see Oscar Isaac in? Richard Rider/Nova; a Bruce Wayne who’s peaked as Batman and is still swinging but also starting to give some of responsibilities to the Batfamily  (Rahul Kholi as Dick Grayson, Diego Luna as Jason Todd, Shameik Moore as Tim Drake, thanks for asking. I’m still working on my Damian, Steph, and Cass); one of the chefs from Anthony Bourdain’s Hungry Ghosts. I imagine Issacs is going to be a tough get post-Poe but hey, a casting director can dream. And by “a casting director,” I mean me.