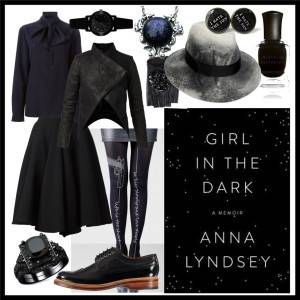 It all started with Free Comic Book Day. That was the day I found DC’s utterly inspired Scooby-Doo and Super Friends mashup, aptly titled Scooby-Doo Teamup!, with story by Sholly Fisch; art by Dario Brizuela; colors by Franco Riesco; letters by Saida Temofonto, among the day’s spoils.

Obviously, I laughed at its absurdity. Then I bumped it to the top of the pile and read it immediately (you should, too).

After all, Scooby Doo was among my most-watched Cartoon Network faves as a kid. I couldn’t think of any reason why Wonder Woman and Batman would have a need for a pothead and a Great Dane, but I wanted to find out.

Verdict: It was ridiculous. It was amazing.

But more importantly, it got me thinking about the incredible potential they’d tapped into here. What other comics should be mashed? It’s an important question, and one I’ve considered frequently ever since.

Here are some of the very best duos I’ve come up with so far:

Here’s how it goes down. The X-Men are up against a new and formidable mutant foe, one so powerful that the X-Men have been unable to stop him on their own. One that is probably fetish-related.

So they turn to the myriad comics universes to find someone who can help them. They seek out Sex Criminals’ Suzie and Jon and their orgasmic time-freezing powers to make their new foe vulnerable long enough to take him down.

(But the X-Men don’t need an outsider for time-freezing abilities, you say. They have Tempus, you say. She’s not available at the time, okay?)

The X-Men draw the villain out, and Suzie and Jon, ahem, get down to business. While everything else is frozen, they destroy the villain and save the X-Men world.

Also, Suzie and Jon’s relationship drama will fit right in with the never-ending saga that is the X-Men’s personal lives.

I can’t quite put my finger on it, but something about the quirky humor and characters in these two comics complement each other very well.

How would this ever happen? Glad you asked. Scott Pilgrim foolishly stumbles into a wormhole he finds at the back of his closet, pulling the whole band into the Saga universe and getting them caught right in the middle of the ongoing intergalactic war.

I know, the ideologies of these two comics clash so strongly. But I insist on this mashup anyway. It can work! These two comics share a similar gritty pulp spirit that makes them too much fun to blend.

When the Bitch Planet ladies break free from their prison, they catapult into space and manage to land right in the middle of Sin City. Here, they take on both the deep-seeded corruption of the city (something they’re pretty used to fighting already) but also the rampant sexism that pervades Frank Miller’s works, putting both Miller himself and his chauvinist Sin City heroes squarely in their place, using their signature over-the-top gore against them.

Never have so many utter badasses been on a single comics page at once.

Superman and the Fables ensemble share a certain true-blue mentality of loyalty and optimism. With all the Big Bads that have slipped their way through the fabric of the various magical universes over the many Fables story lines, I’m confident Snow, Bigby, and the Fables crew would welcome an extra pair of such capable hands.

Clark Kent runs into a Fable at some point in all their various alternate-New York City adventures. Kent will sense their Fable-y magic and know something is off, so he followers said Fable and discover the fairy tale villain they’re currently up against, which threatens not just the Fables but the entire city. Never one to shirk his pledge to protect the innocent, Superman will team up with the Fables to destroy the villain.

As a gesture of good will, at the end, Superman will reverse the Earth’s axis and go back in time to save Boy Blue before he is killed.

Great + Great = More Great
I’m no mathematician, but this is an equation I know to be true. Once I got started down the deep and endless path of possible mashups, it became impossible to stop.

How about you—what comics would you love to see mashed together? Tell me about it in the comments!