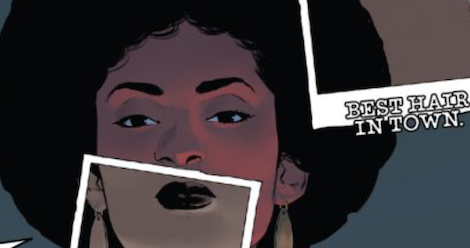 Long, loose, luxuriant locks have pretty much been comics’ go-to look for female-identifying characters. From Wonder Woman’s iconic mane to Medusa’s tresses-on-steroids to Misty Knight’s trademark afro, we’re used to seeing our lady heroes charging down from the rooftops, faces framed by a cloud of amazing hair.

And that’s all well and good, but many of us regular humans cannot grow or maintain a head of hair like comic book heroes can.

But there is hope, because comics have increasingly showcased a variety of different, more experimental hairstyles and some of them are even rockable by mere mortals. Now, as fall (the season of fashion!) approaches, and our summer hair grows out, is the perfect time to look to comics for some hairspiration. 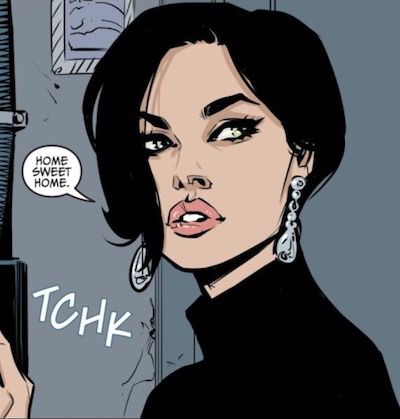 Catwoman’s long, elegant pixie cut is somewhere between a bob and a pixie. It’s really working for her; it fits under the cowl, and brings the mid-century glamor when she’s at the casino. 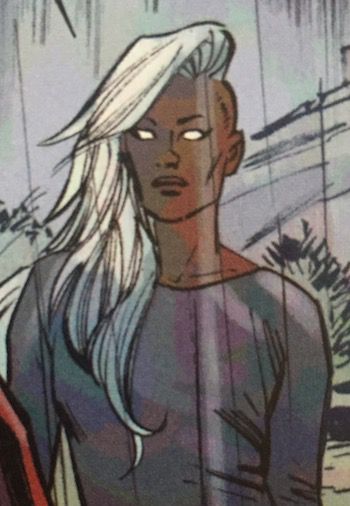 Storm is always #hairgoals, but Ororo’s long mohawk from Black Panther & The Crew #1 is my favorite look on her. 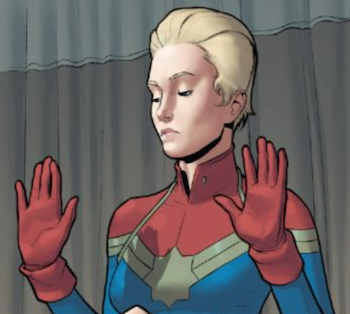 I have no idea what to call Captain Marvel’s most recent hairstyle (I’m guessing she’s growing out the side shave before her movie calls for a character redesign) but I’m into it. 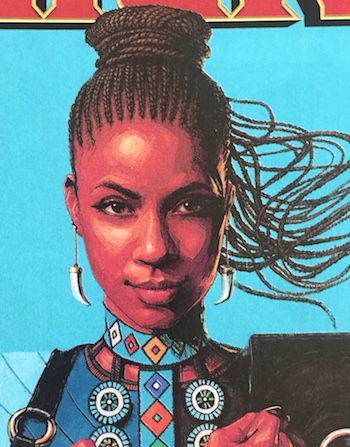 Let me share some art. This is one of my favorites studies for the Sandman Universe! In love with this character. #SandmanUniverse pic.twitter.com/3APgBZbcSQ

It’s got to be hard having wings on your head, especially when it’s time to cut your hair. Dora from The Dreaming is getting around this by rocking a shaggy mullet, and I never thought I’d say this about a mullet, but I like it. 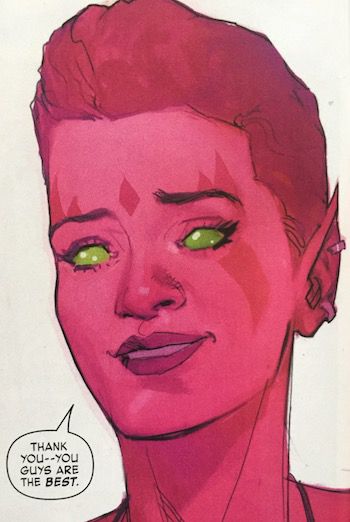 Blink keeps her hair in a short, no-nonsense pixie—probably because she’s always teleporting between dimensions without warning and has no time for hair—and it’s so simple, but she always looks flawless. 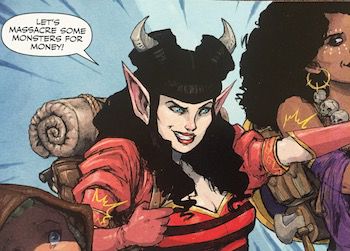 Have longer hair, but want to do something different with it? I haven’t forgotten about you. Hannah from Rat Queens has long hair, which she wears in a signature rockabilly style, complete with Victory Roll-type buns and Bettie Page bangs. Sure, most of us don’t have the advantage of horns to wrap our Victory Rolls around, but it’s something to aspire to. 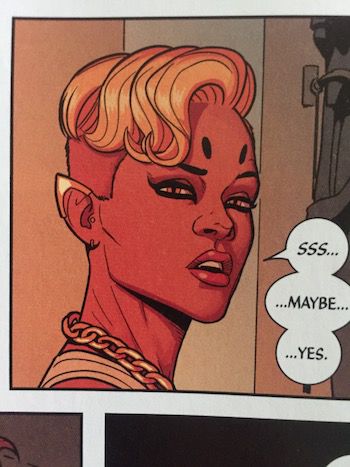 I could—and probably should—do an entire post on the hair in Wicked + Divine, but because most of the hair styles are about color and not cut in that book, let’s look at Sakhmet, who relies more on style than shade. Her hair is always Rihanna-level flawless. She’s done a few hairstyles during her incarnation, but I love this blonde side shave pixie. 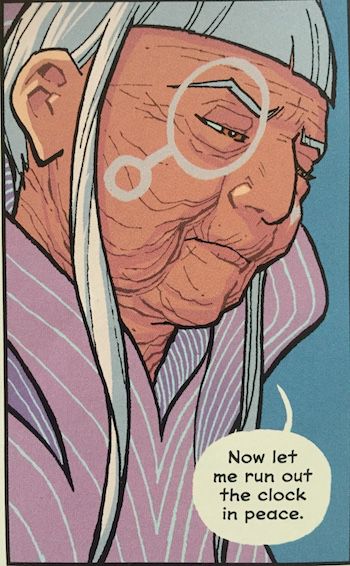 Wari in Paper Girls is an old woman (how old, exactly? No one really knows) but she’s still styling. I love this pixie with straight bangs and long sideburns. It’s kind of an updated Ghost in the Shell look, and I think it would work well in real life. 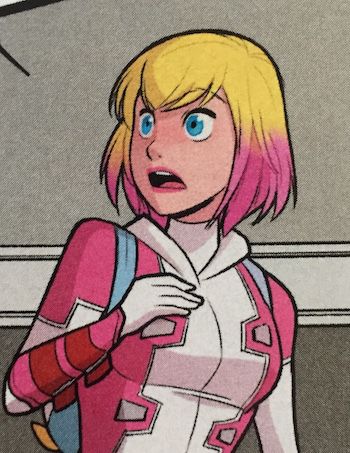 Gwenpool’s dip-dyed bob has always baffled me. (I used to think she was growing out pink hair but the comic addressed this once.) How does the upkeep on that hairstyle work? Is it Kool-Aid? (Knowing Gwen, it’s probably Kool-Aid.) Whatever it is, it’s awesome. 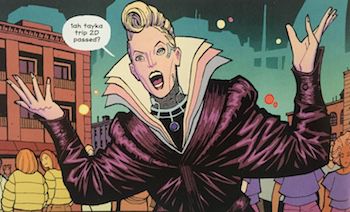 This nameless street hustler from Papergirls has the coolest fauxhawk I’ve ever seen. I can’t figure out what’s holding it up or how it would work in life, but I love looking at it. 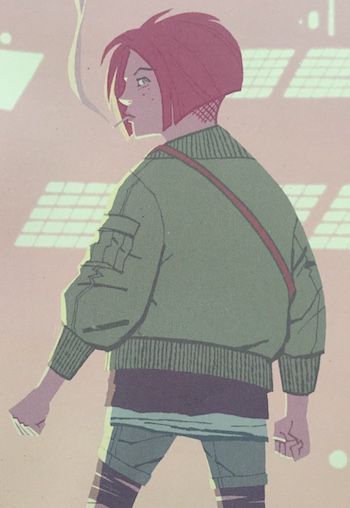 Last one from Papergirls, I promise. Mac’s angled bob is supposed to be from the late ’80s, but it works just as well today. 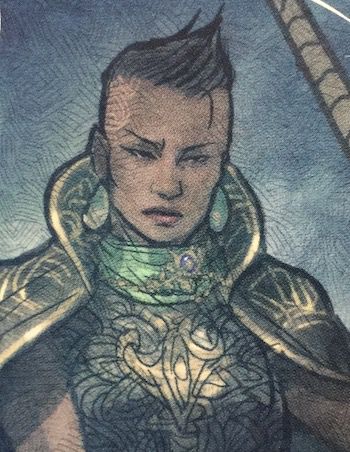 Syryssa, the captain of the Jolly Ravager from Monstress, rocks a short cut that’s shaved down to skin on the sides. It’s amazing and makes perfect sense for a sea captain. 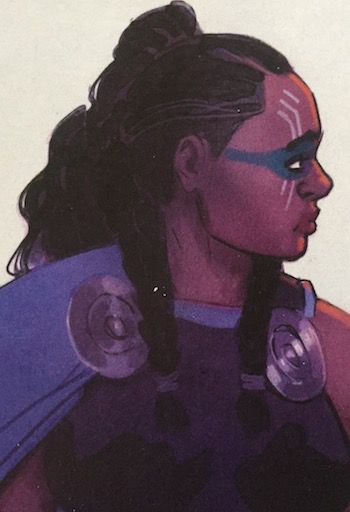 I am not entirely sure what’s going on with Valkyrie’s hair in Exiles. There are braids and buns, and there might be an undercut but maybe not. It’s got all that Vikings complexity without being exactly the same as Val’s hair in Ragnarok.