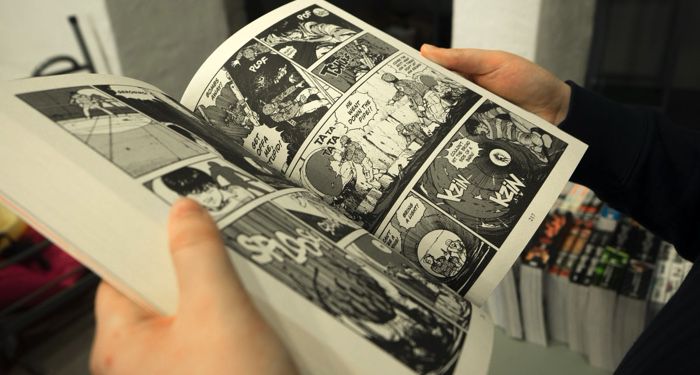 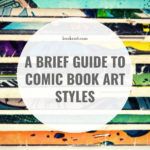 In this brief guide, I tried to tackle some examples of the many artistic expression present in the medium of illustrated storytelling. From classic comic book heroes to the diverse storylines you can find today, and the many other styles now made famous through indie presses and webcomics. This post about comic book art styles is far from a fully comprehensive list, but I hope that it can give you a generalized idea of the diverse set of artistic techniques out today.

What Do I Mean By Comic Book Art Styles?

Comics as an art medium have evolved fast since they began in the late 19th century with collections of comic strips. We see a diverse set of creators, art variety, and even the newer digital art format, which has allowed many artists to expand on their techniques and accessibility to the industry.

There are also many great resources if you want to explore more about different art styles, like the research center for the Norman Rockwell Museum, which helped me gather a timeline and definition for most of the techniques I list below.

Here I will be listing some of the most defining art styles for comics, and how you can decide or even just explore which you enjoy best! Hopefully, this will help you connect with authors and artists to expand your love of illustrated storytelling.

Within every sub-genre of art style, you will find a wide range of works. Everything from Family Circus to Garfield has graced Sunday Newspapers. But for the sake of this post, they become examples of short art formats, thus not requiring three-dimensionality or extreme attention to detail. Most of those that fall in this category are influenced by the Platinum Age of comics, which started in the late 19th century with the first serialized collection of comic strips. But we can look back at its influences coming from Ancient Egypt and Greece (even if the two examples listed above were first published in the 1960s and 1970s, respectively) that define the linear short story format used now for centuries.

These are what we think of when we think of vintage comics. The first depictions of Superman, Wonder Woman, and other DC and Marvel Heroes come from this style, which became extremely popular in the 1930s up until the 1950s when mass production of comics started.

Now in the post-war period, mass consumption incentivized, and a significant part of that was the new mediums such as comics. Still mainly targeted at young boys at this time, The Silver Age started seeing a more complex drawing style with more use of three-dimensionality, detail, and shadows. Most of all, it is highly influenced by the new age of art in general that was rising with counter-cultural movements in the 1960s. So, here you see highly emotional depictions of characters and a lot of pop art influence, with bright, sometimes neon colors, and surrealist, and even at times disturbing imagery. This is the first time that the question of artistic value becomes part of the comics conversation. The medium was already established as a profitable one. In this time, artists started becoming recognized by their work and appealing to an older audience because of it.

With an already established audience and artistic exploration, the next phase of the art style in comics became dedicated more to somewhat realistic storytelling, addressing real issues present at the time. With that, the art style became less surreal and more photorealistic, giving the character more human traits both visually and through writing, which would lead to a more cinematic feel. Spider-Man is an excellent example of that, with alter-ego villains and stories focused on grief and very realistic depictions of NYC’s landscape, which connect the reader to the comic’s universe.

In the 1980s, there is a big shift to how we understand comics, both from a narrative and visual point. The Dark age is so titled because of its focus on darker shades, night settings, and villains and more “dark” themes. Here we see the rise of the Watchmen comics and the Joker as the main character in The Killing Joke, which paved the way for many other supervillain-focused comics. This art style featured 1940s-inspired aesthetics, taking a lot of notes from noir crime thrillers of the silver age, as well as using psychological horror storylines.

The Rise of Manga

While superheroes with dark storylines and bright neon strips were all the rage in the U.S., manga, a Japanese style of comic, started gaining more popularity both within the country and globally. Manga is characterized by its almost exclusively black and white style and distinct use of dimensionality and shadows. Manga is really diverse, and to be honest deserve an entire post dedicated to the variety of art styles within the genre, ranging from surrealist storylines to overly realistic ones. If we must define the style, Frederick Schodt, in his book Manga! Manga! The World of Japanese Comics defines it as:

“[…] one of their [manga’s] greatest accompaniments is to render visually fascinating the most improbable subjects—such as man jong, chopping vegetables, and even school examinations. This is done by exaggerating actions and emotions to the point of melodrama and paying loving attention to the minute details of everyday life.”

Titled the Ageless Age by some sources, starting after 1993 and up until today, we see a diverse set of comic book art styles that don’t necessarily follow a specific set of inspiration. Comics range from the classic superheroes to sci-fi fantasy like Saga, dark black and white horror like The Walking Dead, and the cartoon-esque Scott Pilgrim. You can look through any comics catalog today and find a range of styles from Lumberjanes to Jinju Ito. We are living in the age of access and diversity in comic art. Make sure that you explore everything from the classic superheroes to indie comics. There is something there for every taste.