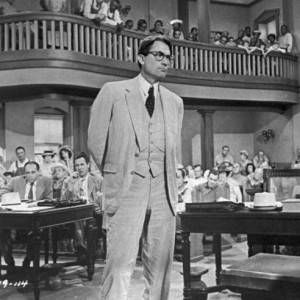 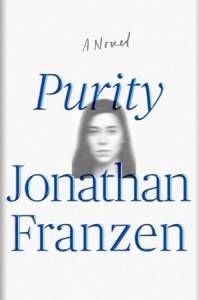 Just the other day, a fellow Rioter asked if I’d like her to pass along an advance copy of Jonathan Franzen’s forthcoming book, Purity. Franzen is an easy punching bag around here, mainly because he treats the internet like it’s some sort of poorly concealed double agent, slowly readying the human population for invasion by our future mechanical overlords.

That said, I have to read his books, just like I have to listen to each of Weezer’s new albums. When the thing drops for real, I wanna be able to yak about it thoughtfully, even though I can never shake the feeling that I’m going to be deeply disappointed (my instincts have been pretty accurate in this regard, sad to say). By way of a review, my generous fellow Rioter said that she couldn’t separate the book from its author, that Franzen’s Franzen-ness has muddied the water to the point that reading his work could only be viewed through the sad little lens of his facepalm-worthy public comments and snooty, hyper literary persona.

Unfortunately, this kind of thing happens all the time, this inability for us as readers to put aside our boredom or distaste or even deep, passionate adoration for an author and approach their new work with an even keel. Those crisp new hardbacks come loaded with a whole set of expectations – both for the book and our readerly reaction to it.

It happened to me with The Casual Vacancy, J.K. Rowling’s first post-Harry Potter novel. I read the book and enjoyed it, but the whole time I was so thoroughly aware that I was reading a book by J.K. Rowling that I know my reaction was skewed in a few different directions simultaneously. Was I being too harsh because I expected the author of a series that had meant so much to me to produce something just as incredible? Or was I going too easy on the book because I wanted to love it so desperately?

Remember that day when you found out that Harper Lee was publishing a second novel? I do, vividly. I got a notification on my phone, read the news, and rushed from door to door in the English department where I taught, passing along the news to my colleagues. Talk about a great bunch of people to break the news to. Responses ranged from disbelief (jaws literally dropped) to pure joy to – of course – skepticism. 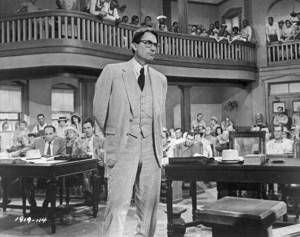 It was a great ten minutes, but then someone wondered aloud, “What if it’s terrible?” None of us want Go Set a Watchman to be terrible, obviously. But it was difficult, even in those initial euphoric moments, not to ask the questions that exist because of To Kill a Mockingbird‘s nearly unmatched status and Lee’s withdrawal from publishing. Everyone I know had (reasonably, I think) assumed that they would never see another of Lee’s words in print, let alone an entire novel (featuring Scout and Atticus, no less). And yet here, as though conjured from thin air, was a sequel to a novel that, for many people, probably falls just one degree shy of Holy Writ.

As the story emerged (I won’t say facts, because I don’t really believe that we know the exactly true tale here), it became clear that, even aside from the titanic expectations that people would have for Ms. Lee’s second novel, readers were going to have a lot of very complicated contextual information to sift through as the calendar slid toward July 14.

Is Go Set a Watchman as “newly discovered” as we were initially led to believe (Apparently not)? And which conflicting report about Lee’s health and well-being are we to believe? Is it possible she’s being, even in some roundabout way, taken advantage of simply to secure profits for her agent or her lawyer or her publisher? And if the book has, in fact, been sitting around for all these years, wouldn’t Lee have to have known about it? And if she did, why is it only now seeing the light of day, once questions have arisen about the state of her health and mental acuity?

Amid these questions and the search for their impossible-to-pin-down answers, readers are soon going to actually have the book in their hands. It would be lovely to believe that once we start turning pages, all the outside chatter will fall away, and the weight of expectation, the uncertainty about Lee’s health, the queasiness brought on by the book’s sudden discovery and release, they’ll all just fade away in the bright glare of Lee’s sharp, sandy prose. If that actually happens, then the book will have to be considered a success. Unfortunately, I have a hard time believing that it’s possible.

Even as I’ve been working on this piece, more clutter has come to the fore that threatens to hijack my (and, frankly, all of our) reading of Go Set a Watchman. The first chapter was widely released last week, and initial reviews started trickling out. The headlines shout that in this iteration of Lee’s Mockingbird-world, our beloved Atticus – because of course that’s how we think of him – has “startling racist views.” The hits just keep on coming.

Like I said, it was always going to be tough to forget. Now I wonder if it’s possible at all.

I read something recently about practicing mindfulness by focusing on one’s own breathing. The idea is to breath deeply and slowly, focusing only on that act itself. If an unwanted thought pops into your head as a distraction while you breathe, don’t become annoyed or think you’ve failed, simply acknowledge the thought’s presence, put it to the side, and return your focus to the breathing. Over time, the goal is to be able to keep those outside thoughts away for longer and longer stretches. With all this clutter swirling around the book, I think that a similar tactic might be helpful for me as I settle down with Go Set A Watchman next week.

The goal isn’t to erase every piece of outside context from my mind, only to temporarily attempt to shut it out and, as much as is possible, consider the book on its own terms. After that, I can let all the other stuff back in and start sifting through how the book fits into all that other information we’ve been dealing with during the lead-up to the book’s release.