Have you heard people talking about Cli-Fi (or Climate Fiction), but still aren’t sure what that means? Read on to find out.

What is climate fiction?

Maybe the current president of the United States Donald Trump doesn’t believe global warming is real, but ever since the 1800s scientists have been studying the greenhouse effect. In 1896, a Swedish chemist named Svante Arrheniussome came to the conclusion that man-made innovations and technology were contributing to the warming of the planet. In 1975, oceanographer Wallace Smith Broecker coined the term “global warming.” Of course, during all of this international conversation about climate change, writers have been responding with their own fictionalized takes on what might ultimately happen to our planet due to global warming.

The concept of global warming was created by and for the Chinese in order to make U.S. manufacturing non-competitive.

And of course, some people post their own fictionalized accounts of what global warming is (or isn’t) on Twitter…

But political feelings aside, despite the fact that people have been writing about climate change for centuries, the term Climate Fiction (or Cli-Fi) wasn’t officially coined until the late 2000’s by journalist Dan Bloom. The literary movement “Cli-Fi” (modeled after the term “sci-fi“) is any fictional work written about the effects of climate change and global warming.

What are the best climate fiction books? 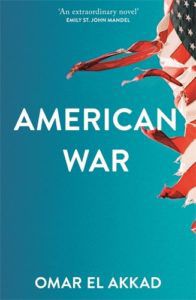 I recently became familiar with Climate Fiction when I read Omar El-Akkad’s American War, a novel set in the future during America’s second Civil War, which breaks out because of climate change the subsequent depletion of resources throughout the country. The very first page of the book is what enticed me the most. Akkad starts with a map of the future United States. In it, major areas of California and Mexico have been submerged in water, and Florida has entirely disappeared. How does the country function after global warming has taken effect and decimated large portions of the land? I was intrigued and wanted to find out.

Akkad’s 2017 novel was my first true foray into Climate Fiction, but there are plenty of works that precede this novel that you should definitely check out if you’re interested in exploring the genre. Here are a few suggestions to get you started. 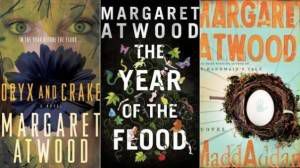 In this Cli-Fi trilogy, Margaret Atwood envisions a world devastated by global warming, genetic engineering, and plague. Only a few humans remain on the planet fighting for survival. Like many fictional takes on the future of our planet post–global warming, the world of these novels is described as “a near future that is both all too familiar and beyond our imagining.” Also, if you’ve never read Margaret Atwood before, many readers seem to think this trilogy is a good place to start. 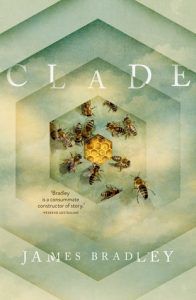 This novel makes the devastation of global warming intensely personal as it follows the story of one family in the backdrop of a radically changing world. Clade begins in the present and follows generations of one family into the future as climate change ravages the world around them. If you want a climate fiction novel that’s focused on character development rather than hard science fiction, this is a good book to pick up. 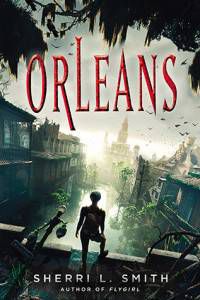 For the Young Adult Lit fan who’s also looking to read some Cli-Fi, there’s Orleans by Sherri L. Smith, a novel about the very real possibility that the gulf coast could be devastated by hurricanes in our near future. After the area is quarantined post-hurricanes and a severe outbreak of Delta fever, most of the world believes the population in the Delta is heading towards extinction; however, our protagonist Fen de la Guerre is struggling to survive with an O-Positive Blood Tribe in the wasteland of Orleans. Considering the Gulf Coast’s history with hurricanes, the future world depicted in this novel seems frighteningly possible. 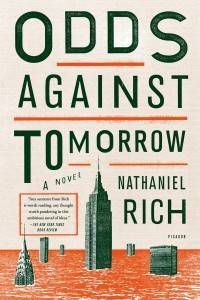 odds against tomorrow by nathaniel rich

Corporations go head to head against the natural world in Nathaniel Rich’s novel Odds Against Tomorrow. While working for an insurance agency that protects corporations from impending climate disasters, mathematician Mitchell Zukor becomes obsessed with worst-case scenario natural disasters. When one of his predictions for doomsday comes true, Mitchell becomes a media sensation for having predicted the destruction of Manhattan.

Novels aren’t the only medium exploring Climate Fiction, naturally. There have been some excellent Cli-Fi short stories worth checking out as well. First, you should read the short story “Spider the Artist” by Nnedi Okorafor, which is available to read (for free!) online, then for more Cli-Fi short stories, I recommend these two collections: 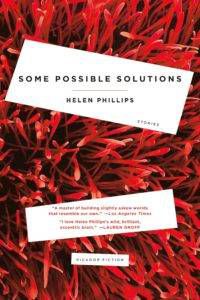 Some possible solutions by Helen Phillips

Phillips fills her collection with speculative and strange worlds, many of which explore the ramifications of climate change. Many of the worlds in these stories might not even be Earth, but the effects of pollution and classism have a direct connection to the changing climate, whether these places are our planet or somewhere similar. For the Sci-Fi fan who likes their fiction a little weird, this collection of short stories is perfect. 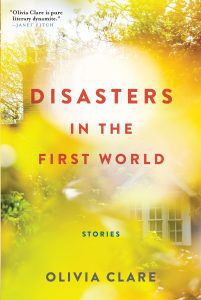 disasters IN the first world by olivia clare

This is the debut short story collection for author Olivia Clare, who was previously more famous for her poetry. Not all of the stories in the collection are directly related to natural disasters. Some of the disasters explored in the book are more personal and emotional; however, Clare does include several stories about “environmental and man-made calamities.” For instance, in one story, Clare explores a version of Las Vegas where drinking water is more expensive than drugs. And in “Pétur,” which won an O’Henry prize in 2014, a mother and son face 2010’s volcanic eruption in Eyjafjallajokull. You can read that story online as well.

If you want to learn more about Climate Fiction, a lot of people are writing about this new genre. The Chicago Review of Books publishes a series of articles called Burning Worlds in which they discuss authors and new releases within the genre. Dan Bloom also runs a Climate Fiction website called The Cli-Fi Report. What are your favorite Cli-Fi stories? Let us know in the comments.