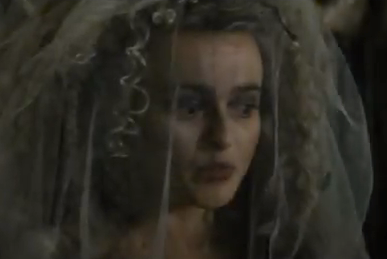 I had no idea this new version of Great Expectations was coming out until this week, but it features Helena Bonham Carter and Ralph Fiennes and is directed by the same chap who directed Harry Potter and The Goblet of Fire. All these things equal me quivering with anticiiii (SAY IT!) pation.* And Hagrid is in it! And Estella is a ginger! Lurve.

But, okay, let’s be honest- I’m excited every time a new film version of any literary classic comes out (unless it stars Keira Knightley, in which case I want to kill it with fire). This happens with astonishing frequency. According to IMDb, there are 23 versions of Jane Eyre, 11 versions of Pride and Prejudice, 26 versions of Anna Karenina, and 25 versions of Oliver Twist. Why do we need all these versions of the same stories, over and over?

From a business point of view, I get it. The filmmakers have a ready-made script (sort of), they know the audience will watch it, and they’re cheap to make (a bustle and a top hat and a dirty London street, and you’re pretty much done). But why do we, the audience, keep watching them? Is it because we like seeing stories that are decades old told through the familiar lens of actors we know and cinematography styles we’re used to- which is a sort of literary-adaptation-self-centered-ness? Or is it just because a lot of these stories end neatly with the bad guys dead/appropriately punished and all the correct parties nicely wed?

I suspect it’s a combination of the two, at least in my case. There’s comfort in a story you know- there are no surprises, and they have the clean endings that we lack in real life. And a new retelling will be told in a way I’m used to because that’s how money is made. They’re more relatable that way (again, unless I have to look at Keira Knightley) and I want to see how MY generation tells it. Look at this new version of Wuthering Heights, for example. Shaky hand-held camera angles! Emotional close-ups! Sexual tension! It could be a Bourne movie.

What say you, Interwebs? Why do YOU keep watching Sense and Sensibility (or whatever) adaptations every time someone makes a new one (or is it just me)?

*Bonus points if you got the Rocky Horror reference