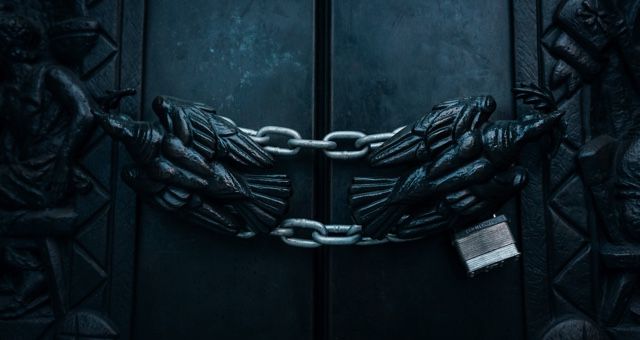 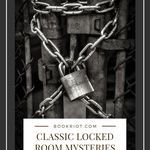 In recent years, locked room mysteries have made a major comeback. Newer titles like Ruth Ware’s In a Dark, Dark Wood or Liane Moriarty’s Nine Perfect Strangers are not only topping bestseller lists, but also calling back to the classic structure of old-school mystery novels: A group—of strangers or friends—finds themselves trapped in a small space or isolated location with a murderer on the loose.

This set-up plays an important role in the history of mystery fiction, thanks to famed writers like Agatha Christie and John Dickson Carr. So if you are feeling nostalgic or just want to become more familiar with the iconic stories that helped make this premise so popular, why not pick up one of these beloved classics? Whether you’re reading them for the first time or the 15th, these good ol’ fashioned whodunits won’t ever disappoint. 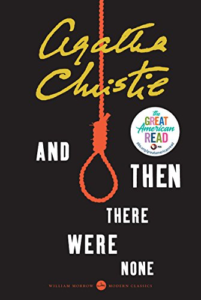 Any list of mysteries wouldn’t be complete without an Agatha Christie work. Though a couple of her novels could easily fall under the locked room mystery category, And Then There Were None is a must-read for anyone who loves a whodunit. The 1939 title follows eight people, each with their own secrets, who accept an invitation to visit an isolated island. When they arrive, they quickly realize someone is targeting them, one by one. 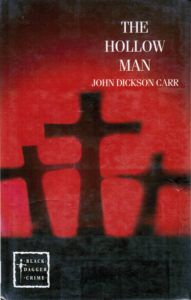 You really can’t go wrong with any works from John Dickson Carr, frequently called the master of locked room mysteries. But if you want a truly classic title, you should probably start with his 1935 novel, The Hollow Man. The novel, which many consider to be Carr’s biggest masterpiece, takes place in the aftermath of the murder of Professor Grimaud. The man was mysterious killed in his study, despite that the only door to the room remains locked from the inside. Even more confusing: People were standing in the hallway outside the room at the time of his death. 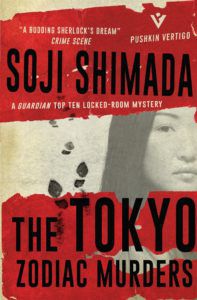 This 1981 novel starts with the murder of a famous and wealthy artist in his studio. The circumstances of the brutal killing are bizarre, with the studio locked from the inside and the suspects all accounted for at the time of death. Decades later, detective Kiyoshi Mitarai takes on the case that has long baffled locals and police.

Structured in five acts, the book provides a thrilling ride. At some point, Shimada himself emerges in the narrative, informing readers that they now have enough clues to solve the mystery themselves (although you may not want to spoil the reveal!). 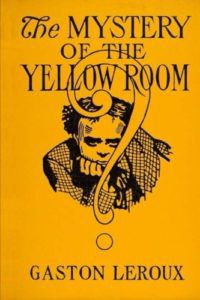 The Mystery of the Yellow Room by Gaston Leroux

In Gaston Leroux’s 1908 novel, reporter and sleuth Joseph Rouletabile travels to the Chateau du Glandier to look into the attack against the daughter of the castle’s owner, Mathilde Stangerson. Left with near critical injuries, Stangerson can provide no useful testimony as to how an assailant attacked her in a room that remained locked from the inside.

As you follow along with the investigation, pay attention to the book’s illustrations. It features floor plans and maps that showcase the near impossibility of a suspect entering or exiting. 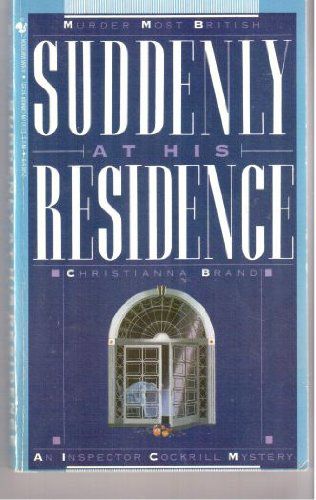 Suddenly At His Residence By Christianna Brand

Published in 1946, this is the third of Christianna Brand’s Inspector Cockrill series and follows a classic locked room set-up. In the novel, Sir Richard is found dead in a small lodge on his grand estate. His death takes place the very same night he had planned to disinherit his offspring, leading the Inspector to believe one of his own family members is the culprit. More puzzlingly, the murderer left no trace of his exit or entrance anywhere. 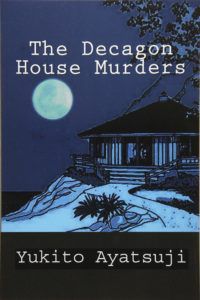 This 1987 novel pays homage to Christie, Carr, and other famed mystery writers in more ways than one. The book centers on seven members of a university mystery club who spend a week on an isolated island where several people were killed the year before. Each of the characters takes their name from a beloved Western mystery author: Ellery, Agatha, Carr, Orczy, Leroux, Van, and Poe. Pretty soon, an unseen assassin starts picking off the club members as well, raising questions about the connection between all the murders.

This book has long been considered a milestone in the history of Japanese mystery fiction. An English translation only became available for the first time in 2015.