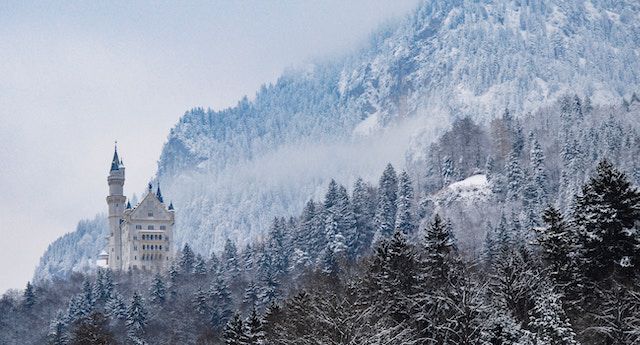 Audrey Hepburn once said, “If I’m honest I have to tell you I still read fairytales and I like them best of all,” and there are few things in life that I relate to more than those words. Since the 19th century, fairy tales have become synonymous with children’s literature and associated as being solely for children, even though they were originally written for adults, and despite the fact that the wisdom and morality in these tales often only come into focus upon reaching adulthood.

It pains me whenever I see fairytales dismissed as juvenile or immature, no matter what the tale, because nothing has guided me through life quite the same way as fairytales have, no matter how old I am. As Friedrich Schiller put it, “Deeper meaning resides in the fairy tales taught to me in my childhood than any truth that is taught in life.” 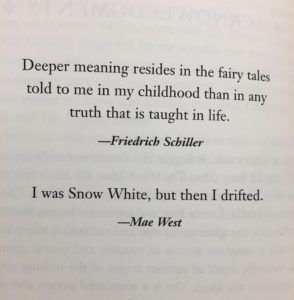 From Sheldon Cashdan’s The Witch Must Die: The Hidden Meaning of Fairy Tales

I guess you can say I’ve never really “grown up.” I only recently figured out that I’ve always had a deeply rooted anxiety surrounding growing up and having life become more complicated than hiding away in my room with books and stuffed animals. When I was younger, I never had a yearning to leave behind the simple, innocent things of childhood that everyone is supposed to outgrow at one point or another. I never stopped watching The Many Adventures of Winnie the Pooh. And as I did start to inevitably grow up and begin to face the pressures and uncertainties of adult life, I became so overwhelmed to the point of periods of intense anxiety and depression. To quote the lyrics of Taylor Swift, “I never grew up. It’s getting so old.”

Long before I was equipped with the proper tools to deal with this anxiety, I would always turn to the fairytales of my childhood in times of high stress, because for me, stress did not exist in childhood. To me, in childhood, everything felt certain and nothing went wrong. Returning to the blissful innocence of my childhood was one of the only ways I self-soothed from the anxiety that was piling up from my impending launch into adulthood. After all, I was always good at keeping myself innocent: I believed in Santa Claus until I was 14 years old. I refused to grow up, but that can only last so long. “I wanted to stay like Dorothy in The Wizard of Oz,” once said Judy Garland. “Life wasn’t as complicated then. But I can’t help myself growing up. No one can. Life won’t stop and life won’t stand still. But I have a feeling if I just look backward once in awhile at Dorothy, if I am off beat in any way, I will get back on the sound track again.” 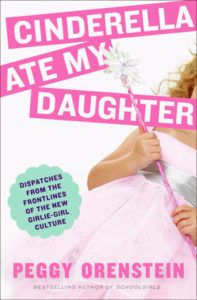 My lifelong love of fairytales and tendency to use them as a security blanket to avoid adult life resulted in a passionate interest in how they were being interpreted by the modern world. A class on fairytales in college eventually led me to read Peggy Orenstein’s Cinderella Ate My Daughter. In this book, the author pulls back the curtain on what she calls the rise of “the new girlie-girl culture,” critiquing the ways in which she believes third-wave feminism has been hijacked by capitalism—and has brainwashed Western culture into believing Disney princesses are empowering figures your daughters should look up to, when Orenstein believes these princesses are degrading and unhealthy for young girls, since they represent the patriarchal oppression of all women. 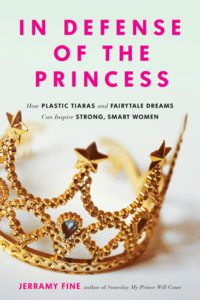 A few months later, I read Jerramy Fine’s In Defense of the Princess, which is essentially the antithesis to Cinderella Ate My Daughter. Fine argues that while Orenstein is partially correct to argue that princesses represent patriarchal oppression, they also have a multitude of genuinely empowering and relatable qualities that young girls should definitely admire and look up to: dreaming big, finding the value in being misunderstood, and not letting others keep you down—on top of the universally admirable traits of love and kindness. Analyzing everyone from Cinderella to Princess Diana, Fine writes that feminism reaches an impasse when we are constantly devaluing femininity and failing to consider more positive values of princess culture that have indeed stood the test of time.

In “What’s Wrong with Cinderella?,” a 2006 essay published by Orenstein in The New York Times that laid the groundwork for Cinderella Ate My Daughter, the author ponders that very question, which was asked by her daughter. Orenstein, who had become fed up of the constant gendering of children’s toys which she believes brainwashes young girls into loving pink and princesses, told her, “It’s just, honey, Cinderella doesn’t really do anything.” This sweeping generalization surrounding the old-school Disney princesses “not really doing anything” started to emerge with the advent of more “empowering” princesses in the third-wave, such as Pocahontas or Mulan. And while Cinderella does, on many levels, represent the patriarchal oppression of women, she has also come to be seen—in the minds of critics like Orenstein—as the epitome of the damsel in distress who needs a man to save her, a trope that has supposedly left an indelible mark on our culture. But Cinderella didn’t need anyone to save her. Cinderella saved herself, and she saved me.

Depression can be a funny thing. As much as it can strip you of the will to get out of bed each morning, it can also make you consider things from a different perspective. In the winter of 2018, I was depressed. There was a lot going on, and there were a lot of unresolved issues—mostly with anxiety and obsessive-compulsive disorder—coming to the surface all at once. Around this time, I watched Disney’s 2015 live-action version of Cinderella and although I had seen it many times before, it was suddenly as if I was experiencing the fairytale for the first time. Since studying feminism in an academic setting and reading books like Cinderella Ate My Daughter, I’ve believed that Cinderella gets a bad rap as the face of everything that’s wrong with feminism—as if she is in fact some damsel who “doesn’t really do anything” until a prince comes along and saves her. But if you really think about it, Cinderella didn’t need anyone to save her, and especially not in the 2015 live-action film. Cinderella saved herself by keeping a relentlessly positive attitude in the face of bullying and abuse at the hands of people she was supposed to call family. Against the most impossible odds, she told herself that we all must have courage and be kind—even when others are anything but. And it was that kindness, courage, and strength that rewarded her in the end—a kindness and courage that is supposedly degrading for women and dismissed as “not really doing anything.”

I’ve always been called a pessimist, because that’s who I am. It’s always been easier for me to dwell in negativity and prepare myself for the inevitability of disappointment. Optimism and positivity just don’t come naturally to me. But when I was depressed, pessimism and negativity only pulled me further and further down into the bell jar—and that’s when I learned that Cinderella was right. They say that nothing in life is free, but that’s not true. Kindness is free. Love is free. At any given time, every single one of us is silently coping with our own scars, and just a little bit of love, patience, and understanding goes so far—even for the evilest of stepmothers. It might sound like a very simplistic and childlike view of the world, but Cinderella telling herself to have courage and be kind helped me immensely in summoning my own inner strength to overcome what also felt like impossible odds. Be the one that rescues you, and through the clouds you’ll see the blue. Those who don’t believe in magic will never find it.

You might meet some people who will tell you that they believe children don’t need fairytales—some find them inappropriate, violent, or merely insipidly frivolous and not worth children’s time. Some believe they’re degrading and unhealthy for young girls. But Albert Einstein disagreed, once saying, “If you want your children to be intelligent, read them fairy tales. If you want them to be more intelligent, read them more fairy tales.” And we can’t forget Bruno Bettelheim, a psychoanalyst who famously argued in his landmark book The Uses of Enchantment that children need the dark material of fairytales to help them symbolically make sense of the deeply rooted anxieties that dominate and control their world—and this I can personally confirm. Fairytales are more than fairytales: they are stories that are universally applicable to all human beings, no matter what age, race, gender, or background that contain hidden pieces of magic to help us name and face our own monsters—and that’s why they’ve endured for centuries. We just have to believe in them so that their magic might work on us. In the words of Neil Gaiman, “Fairy tales are more than true: not because they tell us that dragons exist, but because they tell us that dragons can be beaten.”