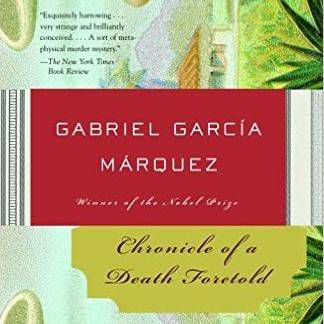 I was not born a feminist. None of us were, and to claim otherwise would be to deny the systemic, insidious barriers present in our world that make feminism so necessary. But I can pinpoint one of the key moments, one of the key women who started me on the path to learning about and valuing feminism: Angela Vicario. 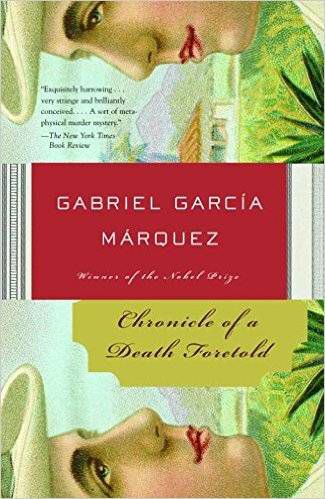 Gabriel Garcia Marquez’s Chronicle of a Death Foretold is not a story about a death, so much as it is about the community left behind to work through the aftermath. Angela Vicario is one of the central figures in this aftermath, her virginity (and subsequent loss of it) the “reason” for Santiago Nasar’s death, despite her engagement to Bayardo San Roman. Her brothers kill Santiago for his alleged actions, though the novel never actually confirms that he had spent any time with Angela, and Bayardo breaks off the engagement, shaming Angela in their small town.

Like many women both in real life and fiction, Angela was never given a real choice to be engaged: her mother insists on the marriage, telling Angela that “love can be learned.” Angela’s family depends on her beauty to win her a husband, and they don’t seem concerned about who she might be besides their daughter, sister, and Bayardo’s future wife. Her worth is tied to her ability to fit into the idea of what a pious Latin American woman should be.

Angela and I share a similar religious background: Filipino Catholicism finds its foundations in the practices of the Spanish. Her town expects its women to value their virginity, family honor, and marriage above all else. I’ve attended parties and dinners where remarks about how “boys can do what they want because they’re boys,” but girls are prohibited from interacting with, much less dating, boys for fear that they might sully themselves. It’s a strange path to walk on, our worth as women linked to both our refusal of men and how men define our lives.

Angela Vicario, in her actions and what she does and does not say, circumvents the system in an almost unnoticeable manner.  She seemingly conforms to her society’s will, accepting that she has done something “wrong” and “repents.”  But in her refusal to explain her reasons for naming Santiago Nasar as the man who took her virginity, Angela also builds a wall separating her from the other women in the novel who easily bend to the will of the men in their lives.  She seems to recognize that she has power over her own life and that her decisions are her own.  No one knows the truth, except Angela and Santiago, and one of them has been silenced forever.

The way Angela carries herself throughout the novel is a feminist choice, a subversive one in a setting that isn’t exactly conducive or accepting of differences, especially regarding women. The reader sees her through men’s eyes (both lustful and perplexed), through the judgment of her fellow women, but none of those perspectives seem to fit the woman they claim to describe. Angela was placed on a pedestal for her beauty, and then seemingly knocked off it because of her alleged relationship with Santiago Nasar, but Angela herself doesn’t seem to care about either position.

Even years later, Angela stands by her words, making the people around her accept that she will never say anything different, despite what they may think.  The strength of her character manifests itself in subtle, yet powerful ways, and she is actually one of the forces to reckon with in the story. She survives the stigma cast on her by the townspeople, and crafts a life for herself without giving in to their pressure. She doesn’t participate in town life or thought the way she’s expected to, a quiet refusal of the hand she’s been dealt.

Reading Chronicle of a Death Foretold was an uncomfortable experience, because as much as teenage me believed women should have equal rights and worth in society, it was still difficult to hold on to that belief. I vacillated between wanting to wag my finger at Angela for making what my religion and society told me were bad choices for women, and feeling indignant and angry at the way she was treated by the townspeople. Sometimes it’s still a struggle, and I can admit that more freely now having learned about the myriad ways sexism manifests in how we view women, religious or not. Angela made me start thinking about the way I carried myself through that world, through those views, and what value I see in myself. She made, and continues to make me question the easy traps we fall into when we judge other women in fiction and real life, and how those viewpoints reflect on us and the world we’re building for our girls. It’s a legacy I’m happy to pass along.