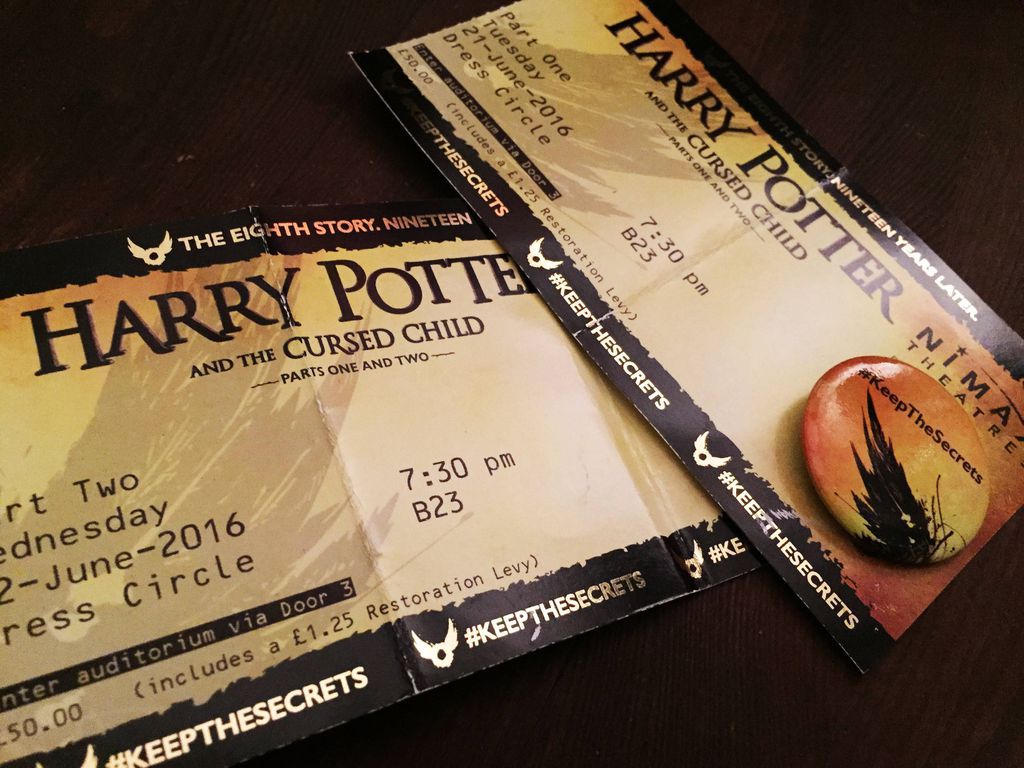 As a child, I wasn’t allowed to read Harry Potter. Our household upheld strict, conservative Christian values. The idea of witchcraft did not fit with those ideals. I didn’t feel like I was missing out because the craze was a few years behind me. Then I went to college and moved overseas for a time, missing the Pottermania.

When I finally moved back home, years later, I felt like I was on the outside of an international inside joke. I didn’t know the terminology, hadn’t seen the movies, certainly hadn’t read the books. I was wary. Come to find out, my mother, a huge fantasy fan, had seen most of the movies while I was away. I was shocked and upset. I had missed out as a child on all this dorking out for religious reasons. Now that I, the baby, was grown my parents were enjoying the story as much as the rest of the world. Well, not enjoying it as much as the rest of the world because I still got a stern talking to about the real threat of witchcraft. Either way, I felt majorly cheated.

As a Christian, I wasn’t sure what to believe concerning Harry Potter. The internet is full of information and alternative facts. Nothing was conclusive. It was time for me to do my own research. So, I started The Harry Potter Project. I read one book in the series a week, then wrote about my thoughts. The first four weeks were easy. As the books got thicker, my free time dwindled, and I started the transformation to understanding the fandom. After just a few more weeks, I was a full fledged Potterhead. I went on the internet and searched out Harry/Draco fanfiction. I planned a Potter movie marathon weekend. I went on Pottermore, got sorted, developed house pride. But I had missed everything. All the midnight book releases, all the movie lines, all the excitement and discussions and what if. I missed all of it.

But then, Harry Potter and the Cursed Child was announced. Finally, something I could get in on from the start. My fellow Potterheads from the movie marathon and I agreed that if we could get tickets, we’d go. Fly to London, see the show, dork out, get unironically excited. This was the ultimate fan dedication experience, and I was going to be part of it from the start. 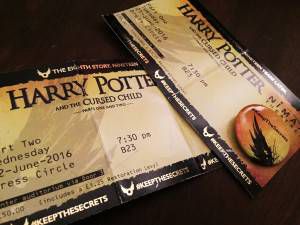 My friends and I started watching the play’s website and standing in virtual queues to get tickets. A frantic group text started. “Can you get off this day?” “What about the week of this?” “Ahh! They are selling out too fast!” Then, when all hope was lost, tickets for December 2016 were secured. We got them a year and a half ahead of time. Talk about serious fandom dedication. In the following months, plans were made, flights booked, hater shade thrown our way. The mild persecution made it all the sweeter because it legitimized the nerdiness of what we were doing.

Six months before I was to see the play, the script was published. I drove to my favorite independent bookstore, who had butter beer donuts for the occasion, and bought a copy. Yet, when I got home, I didn’t immediately dive in. Should I spoil myself? This was the only book release I was able to be part of first hand, but I knew I wouldn’t be enjoying a narrative. In the end, I decided against it. Stay true to the trip, to the play.

Come December, I was so glad I did. From the time I checked my bag at the airport until the tube ride back to the hotel after the show, I was unapologetically ecstatic for the Harry Potter experience. On the walk from the tube station to the theater, I started to bounce with anticipation. Goofy grin stuck to my face, unfaltering. At the Palace Theatre, I teetered on the edge of my seat with a glass of wine in my hand “ooh-ing” and “ahh-ing” and gasping at every grand reveal. I bought merchandise, discussed plot twists, and continued bouncing and squealing. I went to bed that night fully understanding Pottermania after having finally experienced it first hand.

After extensive research, I’ve arrived at my Harry Potter decision: it’s delightful fiction, not a threat to my faith.