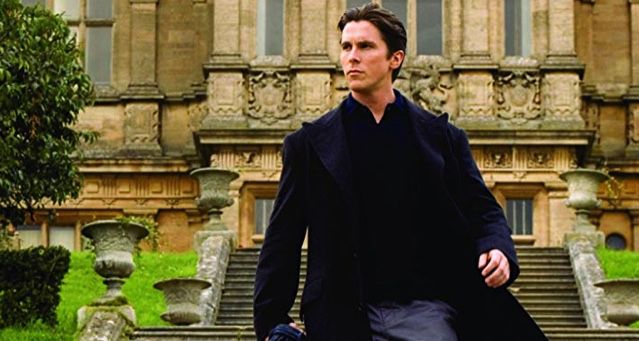 Collider recently reported that Christian Bale is in talks to join the cast of Taika Waititi’s Thor: Love and Thunder. We already know that Chris Hemsworth and Tessa Thompson will be reprising their roles as Thor and Valkyrie respectively for the film, while Natalie Portman will be not just returning to the franchise as Jane Foster after a few years off, but potentially picking up Thor’s hammer herself.

Christian Bale, of course, did his own three-movie stint as the star of Christopher Nolan’s Batman films not too long ago—though some of us love him best for his earnest singing and hair-floppery in the endlessly delightful 1992 Disney musical Newsies.

Now that he’s crossing over to the Marvel side of things, who could he be playing? I have a few suggestions: 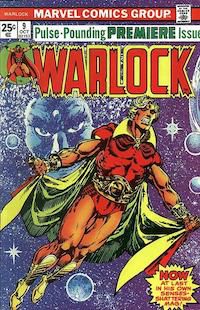 Okay, this is probably the most likely. One of the many end credit scenes of Guardians of the Galaxy Vol. 2 showed Ayesha, the Sovereign high priestess, gazing upon a gestation pod which contains what she describes as “capable of destroying the Guardians of the Galaxy…I think I shall call him Adam.” In the comics, Adam Warlock is essentially the Space Messiah (well, one of them—Marvel doesn’t lack for Space Messiahs), created by a group of scientists called the Enclave. He’s super strong and durable, can fly and manipulate matter, and usually possesses the Soul Stone, one of the Infinity Stones, which we know have already caused a whole mess of trouble.

We saw Thor teaming up with the Guardians at the end of Avengers: Endgame, so it would make sense for a dangling Guardians plot thread to pick up in his next movie, and Adam Warlock is powerful enough to give Thor a decent fight (before they come to an understanding and team up against the real bad guys, of course). I don’t know about you, but I’m fully on board with painting Christian Bale gold, sticking him in a red speedo, and having him wrestle Chris Hemsworth. For art. 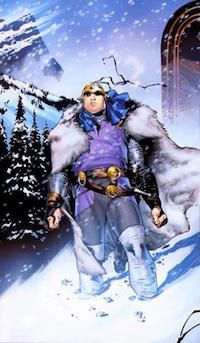 As in Norse mythology, the Thor of the Marvel universe has not one but two brothers. Unlike Loki, Balder is gentle and kind, beloved by all who know him. I believe he’s currently dead (Loki may have killed him) (twice) but since they’re all gods, that doesn’t stop Thor from hanging with him fairly regularly. Pulling out another surprise sibling after Hela in Thor: Ragnarok might be going back to the same well a little too frequently, but is it really a Thor movie without a shocking revelation about his family? 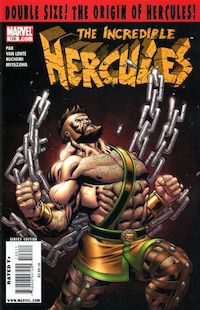 The Norse pantheon isn’t the only one that exists literally in the Marvel universe—the Greco-Romans are there too, and some of them are extremely hairy. Hercules, the son of Zeus, is a longtime pal of Thor’s. He’s been an Avenger on and off, died and been resurrected, starred in both his own biopic and his own reality show, been de-powered and re-powered multiple times, and dated Scarlet Witch, She-Hulk, and—in one alternate universe, at least—Wolverine. He’s a delightfully over-the-top character and I think Taika Waititi would have a blast with him. 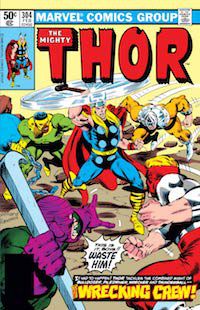 The Wrecking Crew is a group of construction-themed supervillains. They are led by the Wrecker, who has a magic crowbar. Christian Bale has an Oscar, so obviously I need to see him playing this character. I don’t believe further explanation is required. 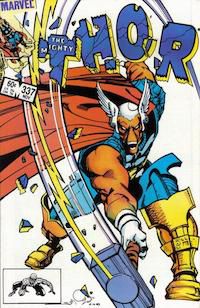 Beta Ray Bill is a space horse who flies around in a ship named Skuttlebutt, so I’m not entirely sure Taika Waititi didn’t retroactively invent him. Initially assumed by Thor and S.H.I.E.L.D. to be a monster, Bill is actually a noble warrior and one of the few beings worthy of lifting Thor’s hammer Mjolnir. In fact, he has his own war hammer, Stormbreaker, which has all the mystical properties of Mjolnir. “Stormbreaker” is the name the MCU gave to Thor’s axe, created in Avengers: Infinity War, so this one is actually kind of possible? Which would be just off the wall amazing. 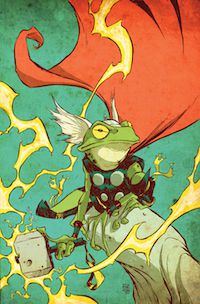 Throgg is a frog who is also Thor, and is not to be confused with Frog Thor, a Thor who is also frog. I request no CGI on this, just Christian Bale standing there being very method in a frog costume with a cape tied onto it.

I just really love Newsies a lot, okay? Come on, Taika, do me a solid!

Who do you want to see Christian Bale play in Love and Thunder? (I consider “Just Bruce Wayne some more” to be a perfectly acceptable answer, by the way.) Let us know on social!