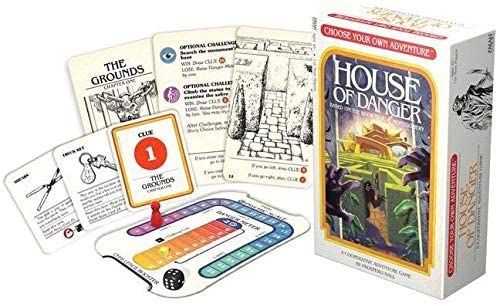 Critical Linking is a daily roundup of the most interesting bookish links from around the web sponsored by our 1-year Audible subscription giveaway courtesy of Macmillan Audiobooks.

“In the late 1960s, a lawyer named Edward Packard started giving his children options on the best way to conclude his bedtime stories. Before the advent of interactive computer games, the kids thought plotting their own course was a thrill. Packard later wrote Sugarcane Island, which allowed the reader to choose multiple endings. And with collaborator R.A. Montgomery, the Choose Your Own Adventure book series was officially launched in 1979. The series spawned hundreds of titles, each allowing the reader to take different narrative turns.

I guess these aren’t new, but they’re new to me! Seems like a fun quarantine buddy activity.

“…The book follows Lucy, a Brooklyn woman who flees to the country and gets more than she bargained for when she helps her new best friend, Vera, fake her husband’s death. The blossoming codependent friendship between the two women has all the tension, intrigue and betrayal of a complex love affair—and the circle of women and friendships that surround them add plenty of interconnected drama to the mix…”

These are the sorts of books that are both hard for me to read and impossible to turn away from!

“Blogger Chrissy McDonald of Harlowe James frequently styles coffee table book images in her own apartment, as seen above. “I started tearing out pages from my coffee table books and framing them years ago as a way to have nice art without the price tag,” McDonald says. “Even though I like to buy higher end art now, I still go for books, occasionally, because they often contain unique work and sizing. I generally lean toward photographs, but I have used line drawings as well.”

I have a couple of old/beat up coffee table books I could do this to. Quarantine project time!