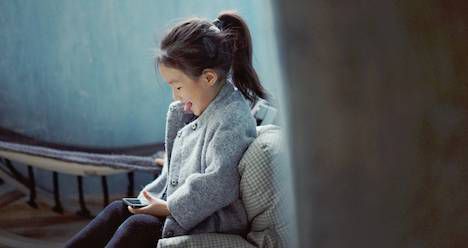 Kids certainly need diverse books. But part of that diversity is bibliodiversity: literature in translation from all around the world. What are we missing in the children’s literature that’s translated into English? How can we improve the book ecosystem for kids?

Laura Watkinson is a translator and translation-activist who brings books into English, from Dutch, Italian and German. For #WorldKidLitMonth, which happens each September, this three-time winner of the Mildred L. Batchelder Award talks children’s literature in translation. 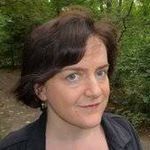 Laura Watkinson: Well, when it comes to the European languages, I guess that familiarity is key. If a publisher has someone in house who can read another language, that can help them to make the decision to acquire a book. Some publishers also have excerpts of books translated into English, which makes the book accessible to all kinds of publishers who speak English. It’s a question of awareness and risk-taking among publishers, and, of course, available funds. How do we make sure that publishers (a) get to find out about great stories from other cultures? and (b) are prepared to take the risk of publishing them? There are already some fine initiatives out there, such as Booktrust’s In Other Words competition. Particularly where there’s a lack of government support, we need a lot more energy and openness from translators, writers and publishers, and that’s not always easy. It’s very important to keep gently pushing your favourite titles and getting to know people in the industry who might be keen to hear about other literatures.

But how does a translator make those connections, particularly when geographical and cultural distance is a barrier, along with lack of funding? When I discovered that there wasn’t a chapter of the Society of Children’s Book Writers and Illustrators (www.scbwi.org) in the Netherlands, I volunteered to set one up, back in 2008, and it’s still going strong under the leadership of Melanie Rook Welfing. Avery Udagawa is doing great work for translators at the society now as well, reaching out and raising the profile of children’s literature in translation. We need to build and expand such networks and to focus on linking them up, with the aim of including a wider range of voices.

How would you respond to a particularly harried and overworked teacher—up till midnight doing her grading and lessons—who asked: Do we really “need” translated children’s literature? Can’t we just keep reading the books we already know?

LW: It’s often said, but it’s true: Stories teach us about other lives. They allow us to see through other people’s eyes, to walk in their shoes. There’s not as much to be gained from reading the same old stories about the same kinds of lives we already know. Yes, we have some great classics and there’s a place for comfort and familiarity, but fresh, new stories are always welcome and can be exciting for both the teacher and students. What better way to increase empathy and knowledge of other people and countries and cultures than to read books from all over the world? Think of all the great geography and history projects they could spark too!

If you were given a $100,000 fund to spend on encouraging translated children’s literature, how would you spend it?

LW: It would indeed be good to see more work from underrepresented languages translated into English. One of the difficulties is that, if there is no government support, the initiative has to come from individuals. This can lead to translators working for free and translating excerpts or even whole books without payment, in the hope that they’ll succeed in finding a publisher. Chances are, though, that without the right connections and approach they won’t get far, and enthusiasm is great but it doesn’t pay the rent. The translator then stops translating, and the books don’t get published. Any initiative that opens up the publishing world to new voices, by bringing together advocates and publishers, would be great. I’d want as much of the $100,000 as possible to be spent on translation, so I’d suggest in the first instance funding a number of translations of short excerpts and summaries, and making them available online for publishers to read.

Hmm, but would the publishers read the excerpts? So maybe a dedicated publishing house for children’s books in translation would be an interesting plan. Ah, but how much would that cost? A travel fund would be good, enabling translators from underrepresented languages to travel to the book fairs in Bologna and Frankfurt and present a selection of titles. Networking is so important. When you meet in person, that enthusiasm can prove contagious. But still, that $100,000 isn’t going to go far…

Yes, it would be great if governments could step up and help. That is exactly the kind of thing I’d like my tax money to be spent on. But perhaps we need to be looking to other organizations to help open up the world of translated children’s literature even more. The Astrid Lindgren Memorial Award is a magnificent thing, for instance, and the award of five million Swedish kronor truly is a life-changing sum for one person. A similar amount could do a lot of good if it were spread out among a number of deserving initiatives. I think translated children’s literature is in a fairly good place right now, thanks in part to how the internet has connected so many of us and allowed us to combine forces and help one another out, but there’s still a lot of work to do. It would be great if future classics were translated into English sooner, and it would be wonderful to see more translated traffic into English as well as out of English, from languages and cultures all over the world. Enthusiasm. Connection. Persistence.