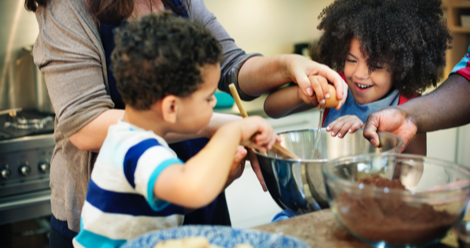 Whether it’s the focus of the story, or just there to add (ahahaha) flavour, food is an important part of children’s stories. We’ve all imagined eating Honeydukes sweets or chowing down on a Wonka bar, but here’s a menu of the best children’s books about food that dish up some tasty treats. 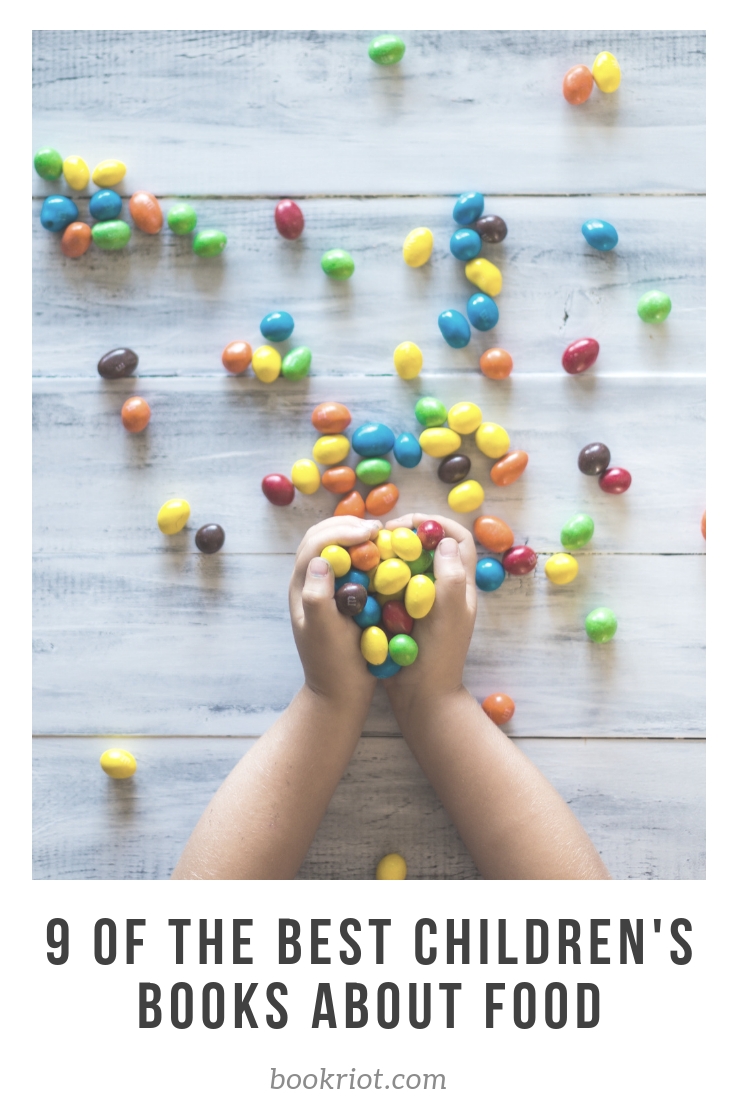 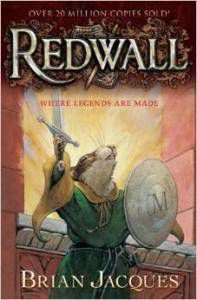 In Brian Jacques world of sentient, oddly traditional animals, feasts are pretty much mandatory. They happen several times per book, with lavish descriptions of all of the food that’s heaped on Redwall Abbey’s groaning tables.

These books got me to try beetroot, something that even my mother hadn’t managed, thanks to the moles’ famous turnip-n-tater-n-beetroot pie.

2. I Will Not Never Ever Eat a Tomato by Lauren Child

This story, featuring classic child duo Charlie and Lola, is perfect to read to the tiny fussy eaters in your family.

Lola hates a lot of food, including peas, carrots, potatoes, and of course tomatoes – until her big brother Charlie tells her that, in fact, they’re cloud fluff, or orange twiglets from Jupiter, or moonsquirters.

3. The First Strawberries by Joseph Bruchac

In this beautifully illustrated retelling of a Cherokee legend, Joseph Bruchac tells the story of the first man and woman, their first ever argument, and the delicious berries sent by the Sun to try and heal the rift between them.

A perfect read for young children who want to learn more creation stories. 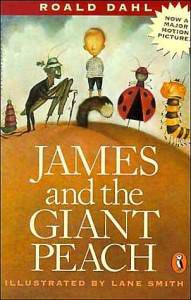 4. James and the Giant Peach by Roald Dahl

Roald Dahl is famous for his descriptions of food, particularly Wonka’s confections in Charlie and the Chocolate Factory or the fabulous sweets in The Giraffe and the Pelly and Me. But James and the Giant Peach does a difficult job, and makes fruit sound even more appetising than chocolate to a young reader.

In this story, food saves James in more ways than one – as well as feeding him and his insect friends on their ride across the ocean, the giant peach is the way he escapes from his cruel aunts, and provides him with the home he never knew.

5. Too Many Tamales by Gary Soto

Not just a food story, but a Christmas story as well, Too Many Tamales is a sweet and heartwarming tale of a group of children making a mistake and trying to eat their way out of it.

Maria is helping her mother make tamales for Christmas, but accidentally loses her mother’s precious diamond ring in the food – so she and her cousins decide on a rather unusual way to find it again. 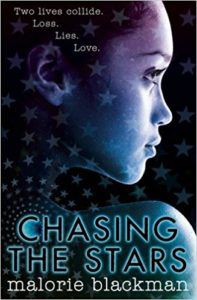 6. Chasing the Stars by Malorie Blackman

Despite being set in space, this YA novel doesn’t go down the food pills or astronaut ice cream route. Although the main plot deals with aliens, outcast humans, and simmering romance, there are a few delightful scenes that centre around food.

My favourite one is when Nathan tries to impress joint protagonist and narrator Vee by trying a bowl of “Vee-strength” chilli – a very painful mistake.

7. The Hunger Games by Suzanne Collins

Sometimes the absence of food can be just as important a part of the story. While there has been a lot of focus on the other aspects of The Hunger Games – the role of the media in the story, or the series’ portrayal of PTSD – the importance of food in the books can often be overlooked.

Katniss comes from a District where food is scarce, and her key relationships are centered around finding things to eat – one of the biggest culture shocks she experiences in The Capitol is how plentiful food is, and how easily it is wasted. 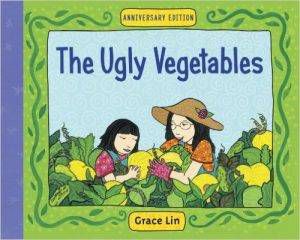 8. The Ugly Vegetables by Grace Lin

Another ideal book for very young readers, this picture book tells the story of a little girl who wishes that her family’s garden was full of beautiful flowers like their neighbours’, instead of ‘ugly vegetables’.

However, when the time comes to turn those vegetables into soup, she realises that hers might just be the best and most useful garden of all.

9. Arsenic for Tea by Robin Stevens

This middle grade detective series has many deliciously written foody scenes, but some of the best can be found in the second book, the manor-house murder story Arsenic for Tea. In this installment, the victim dies during a tea party – but is the poison in the scones, the sandwiches, or the giant, glorious gateau?

If you have your own set of fussy eaters, find out how to broaden their palates with How to read to your kids so your kids will eat good. If your children want to have a go at cooking a meal of their own, try this list of 15 great (and terrible) cookbooks for kids.

What are your favorite children’s books about food?