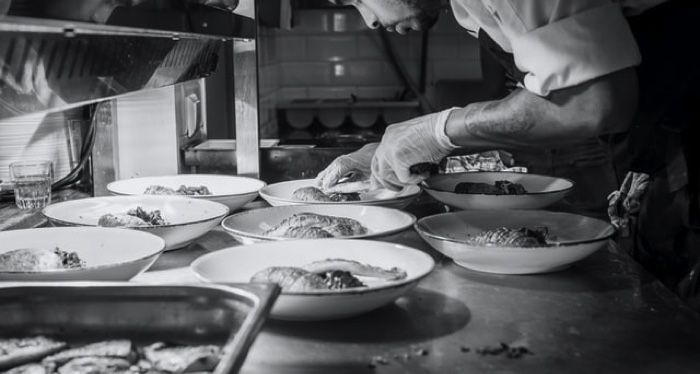 My husband is a chef, and he sits down and reads cookbooks like they’re narrative fiction. I love food too, and I love learning about the world that my husband has dedicated himself to, but I draw the line at tucking myself in front of a fireplace and joy-reading The Joy of Cooking.

When I met him, he read novels, too, and was the perfect bookish pal in that if I said, “Hey, read this,” he would just immediately read it. What fun! We’d chat about those books and argue about their merits (he did not love Love Medicine for some unfathomable reason), and it was something that brought us together.

In recent years, as he’s worked his way through the ranks from a line cook to Chef-de-Cuisine, his time for reading frivolous novels (I write with my tongue firmly in my cheek) has diminished and when he’s got time to read, he chooses to use it to better his craft. I miss the days when our reading lives overlapped.

But wait! There is good news — I found a solution: non-cookbook books by chefs. These books are just as easy to argue over as any narrative fiction and he can tell himself he’s “bettering himself” professionally. Once again, what fun!

So let’s take a gander at some of my favorite recent books by chefs. 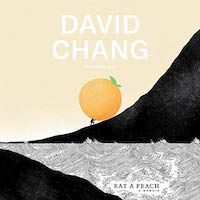 Eat a Peach: A Memoir by David Chang

Perhaps the most talked-about recent non-cookbook book in the culinary world, Eat a Peach is hardly Chang’s first book, but it is his first memoir.

Author of the deliriously successful Momofuku cookbooks (based on his equally-successful restaurant of the same name), Chang’s also been ruling the TV game with his Netflix show Ugly Delicious and his many appearances on other shows.

As a person who tries to eat mostly plant-based, I can’t say I’m particularly charmed by his long-defended stance on vegetarian dishes — he famously did not offer any at his restaurants until recently — but this book was interesting, thought-provoking, and a whole lot of fun. 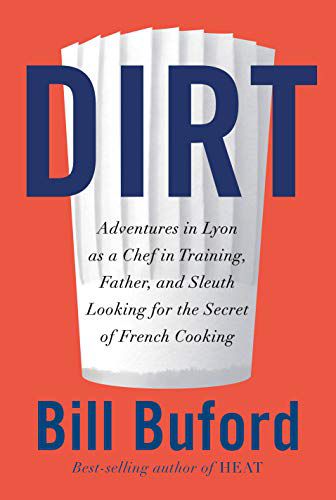 Dirt: Adventures in Lyon as a Chef in Training, Father, and Sleuth Looking for the Secret of French Cooking by Bill Buford 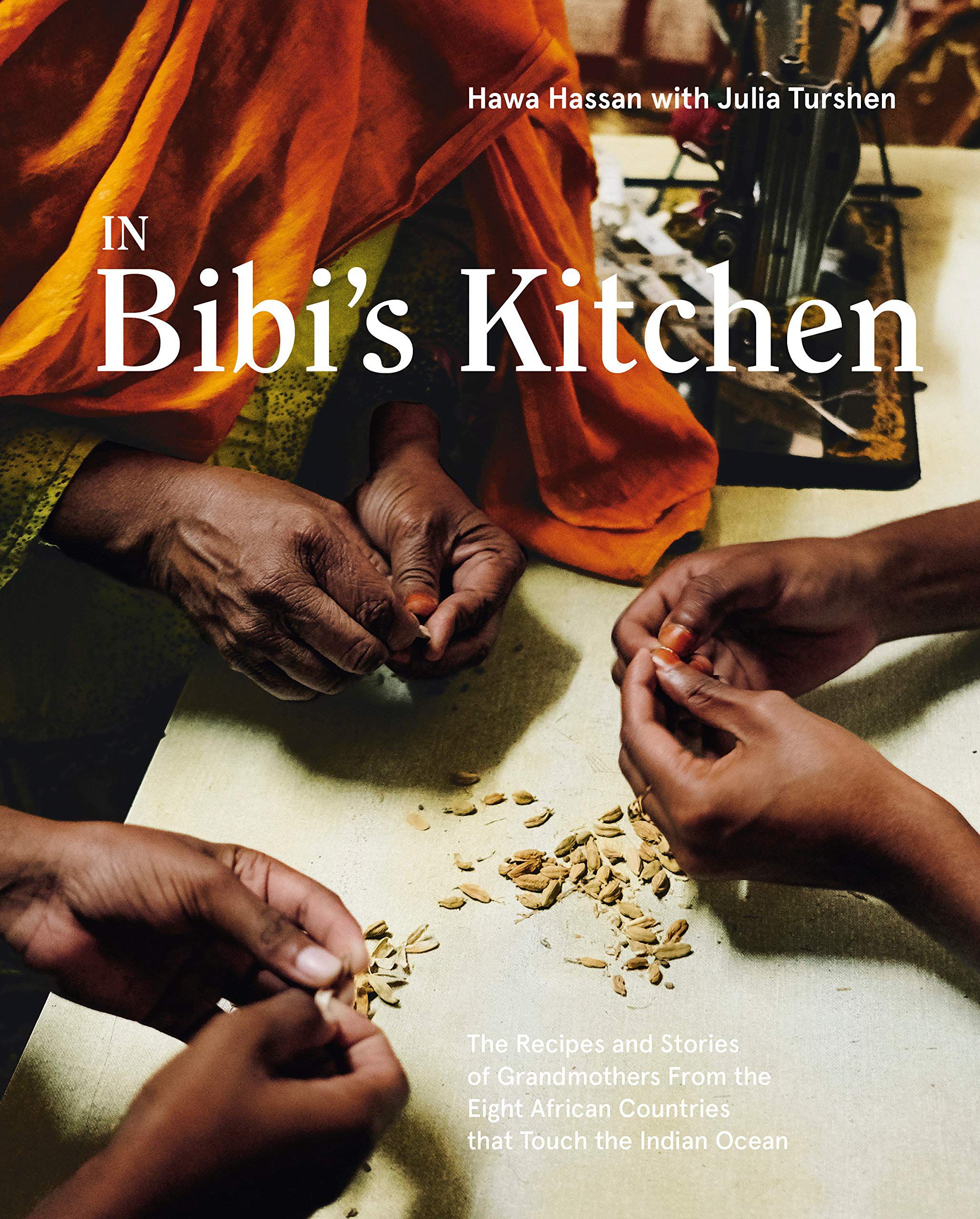 In Bibi’s Kitchen: The Recipes and Stories of Grandmothers from the Eight African Countries that Touch the Indian Ocean by Hawa Hassan and Julia Turshen

Get immersed in the lives of these eight Eastern African grandmothers, who welcome the reader into their kitchens as they share stories, traditions, and, of course, a recipe or two. 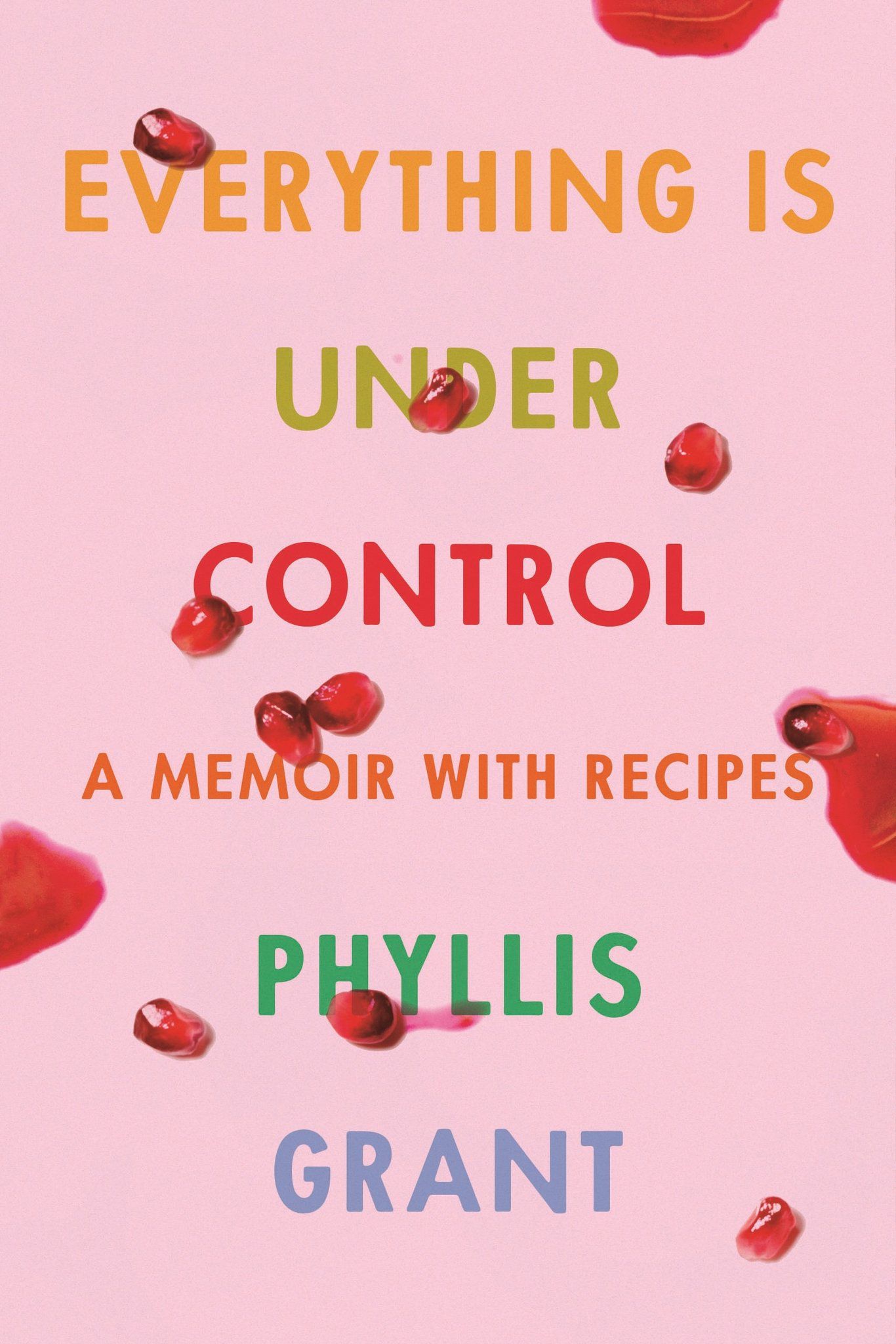 Everything is Under Control: A Memoir with Recipes by Phyllis Grant

If you think all culinary memoirs follow the same template then you have not read Phyllis Grant’s take on the genre.

Former ballet dancer, then pastry chef, and now memoir writer, Grant manages to tie in every important event in her life with the food-related joy or pain that came along with it. When I say this book is stunning, I am for once not being hyperbolic. 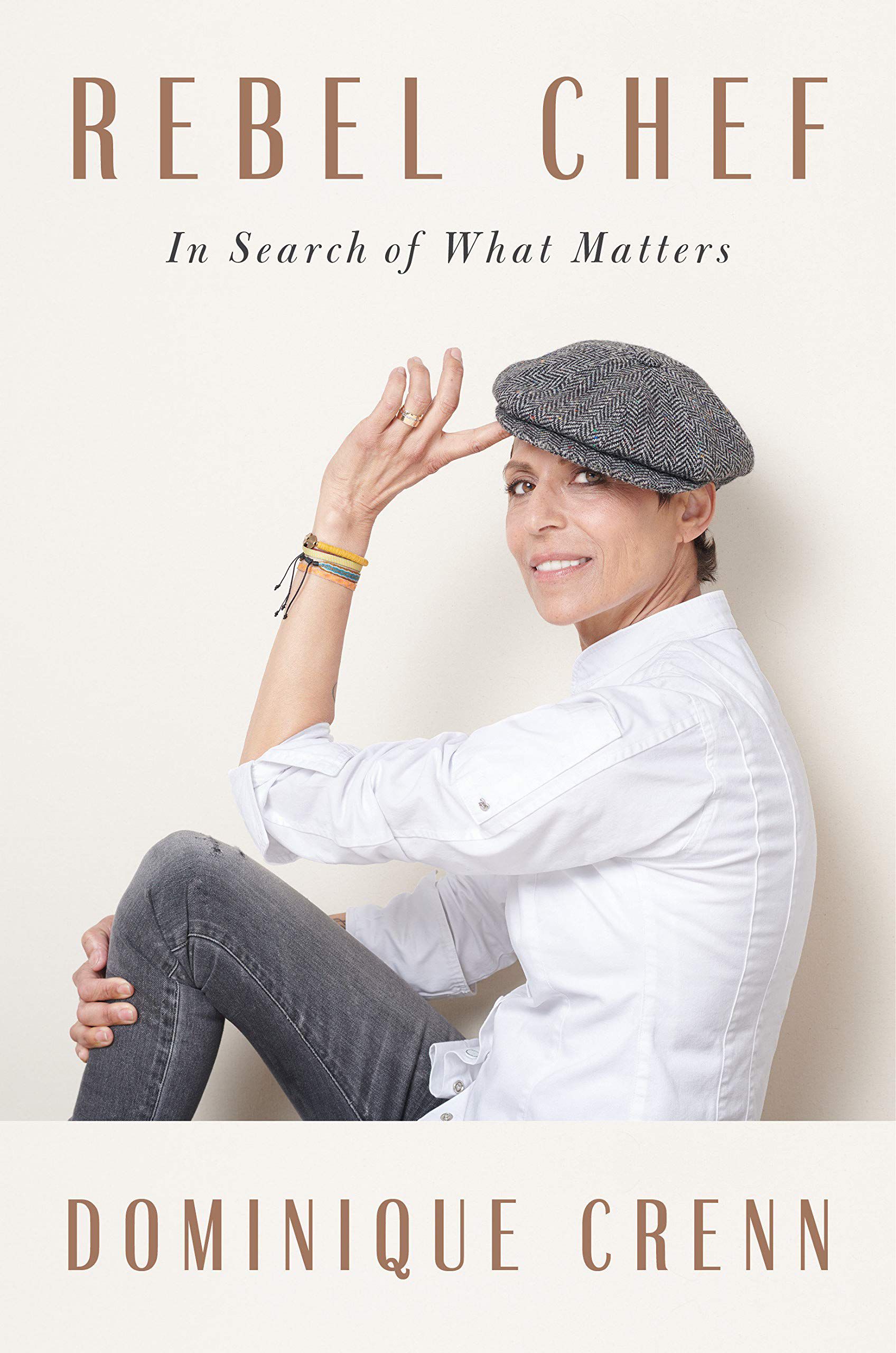 Rebel Chef: In Search of What Matters by Dominique Crenn with Emma Brockes

Crenn, the first female chef in the United States to earn three Michelin stars, has a truly unique story and if I didn’t go into it knowing the ending, I would never have guessed she’d end up where she did.

Yes, this book is about a woman becoming a cook and then a chef, but it is more about a person becoming a true badass. It just happens that she chose a culinary path, but make no mistake — it is difficult to imagine any career path that Crenn wouldn’t have found a way to knock out of the park. 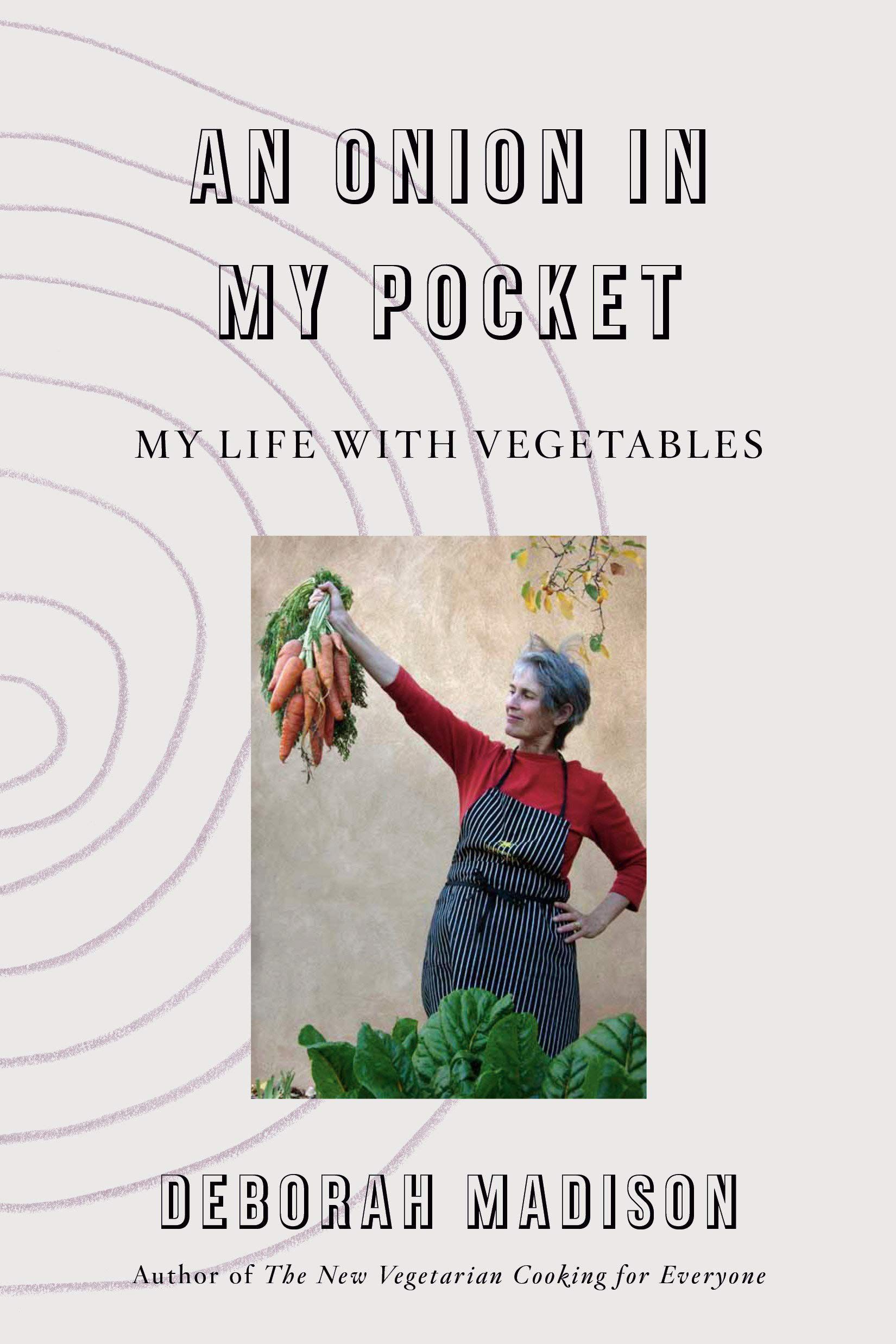 An Onion in My Pocket: My Life with Vegetables by Deborah Madison

Deborah Madison has written plenty of cookbooks (Vegetable Literacy is my personal favorite) but in An Onion in My Pocket, she tells not just the story of her own move into veggies but the vegetarian movement as a whole. Deeply personal and also quite funny, this book takes you from Northern California to a Tassajara monastery and many places in between. 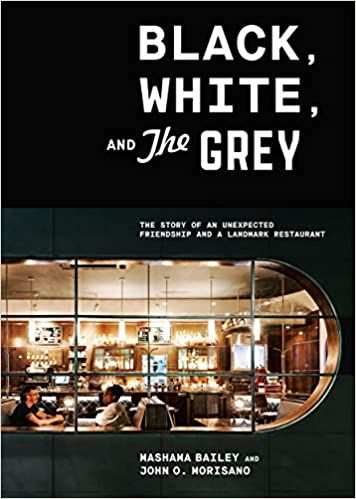 Black, White, and The Grey: The Story of an Unexpected Friendship and a Beloved Restaurant by Mashama Bailey and John O. Morisano

You’ve got your Black chef from Queens. You’ve got your white “media entrepreneur” hailing from Staten Island. You’ve got a friendship built around a restaurant in the Deep South. This book gave us a lot to talk about. 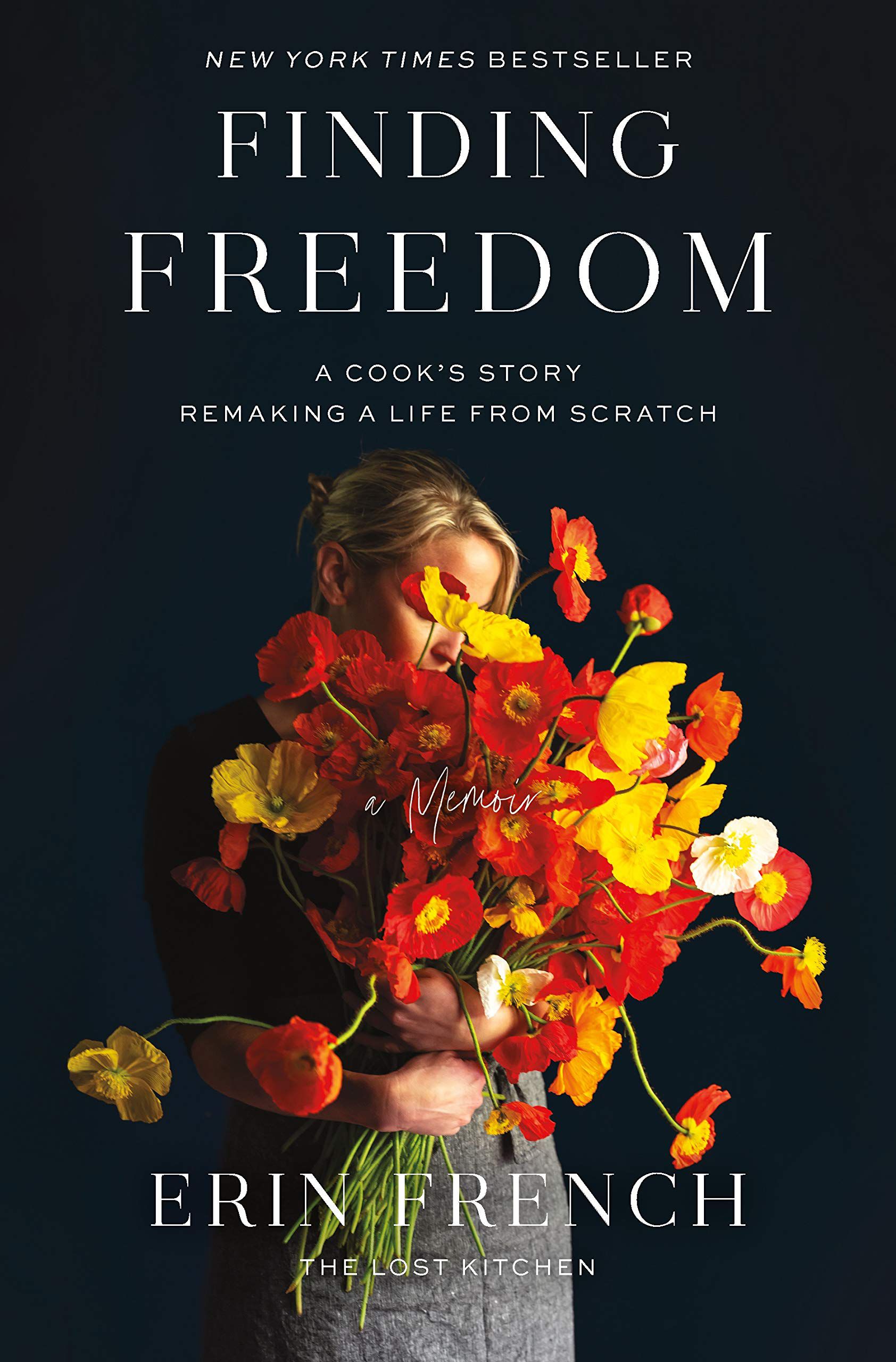 Finding Freedom: A Cook’s Story; Remaking a Life from Scratch by Erin French

Many people know that The Lost Kitchen, Erin French’s restaurant, is a phenomenon that won a rare TIME world dining destination and sells out tables literally seconds after they are on sale. What most people don’t know (or didn’t until she published the hot tea) is that French had not just one rock bottom but many. Her childhood might look idyllic from the outside, what with the 25-acre farm and her adorable first steps into a professional kitchen occurring at her dad’s diner when she was just a ween, the whole truth is much more complicated. This is a story of community, redemption, and a whole lot more. 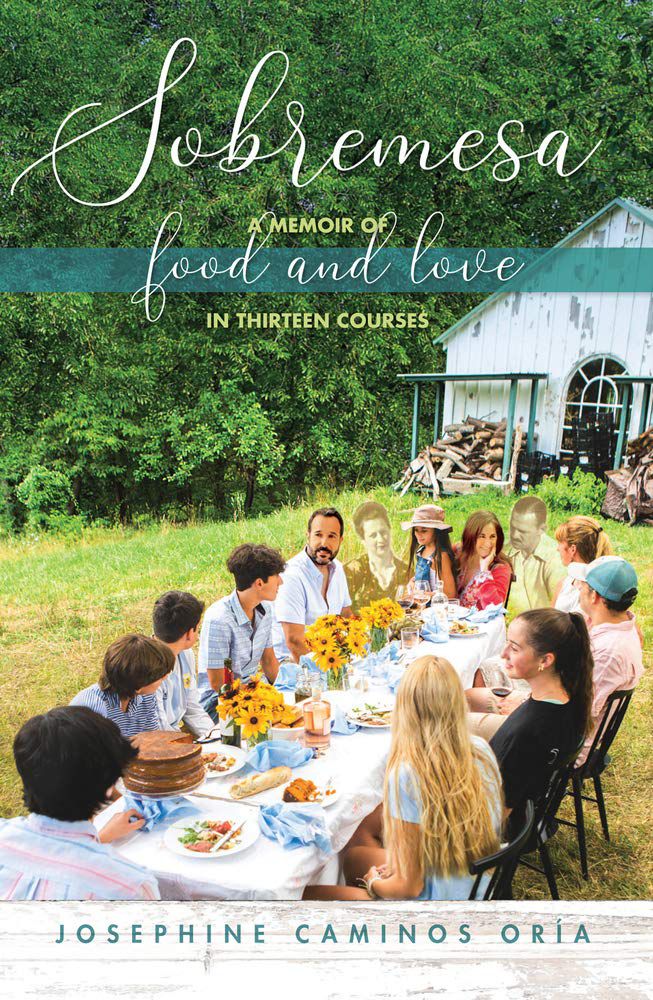 Sobremesa: A Memoir of Food and Love in Thirteen Courses by Josephine Caminos Oria

I don’t think I can do better than Beth Ostrosky-Stern, who, when she blurbed this book, described it as a “cross between magical realism and the food section of the New York Times.” It’s also one of the best romance novels I’ve ever read — and it’s not a romance novel! Truly genre-defying, this is a bildungsroman, a love story, and a story of searching for belonging where one doesn’t fit in. 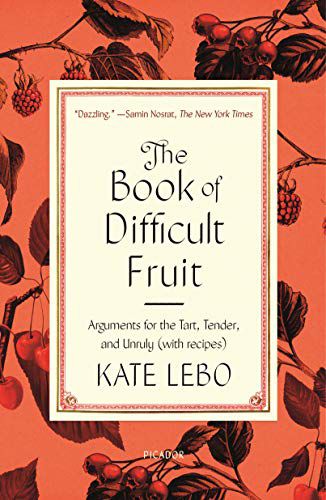 The Book of Difficult Fruit: Arguments for the Tart, Tender, and Unruly (with recipes) by Kate Lebo

Here we go, another genre-defying work of art, this one in essay form. At times I’d call it a series of love notes. There is a cookbook in here between the lines, too. There’s a general memoir and a medical memoir, too. A true mash-up of genres, stories, and deliciously sweet tales.