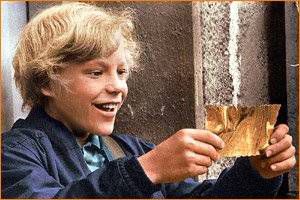 I have a manuscript. Let’s call it my Top Secret Mystery Prose Project, because the subject matter of the manuscript is not relevant to this piece. What is relevant is that it’s out in the world right now, looking for a home, and the waiting has caused my heart to beat at the rate of a field mouse’s for the past several weeks.

It’s also not important to this piece whether this Top Secret Mystery Prose Project ever does find its home (or not.) If you want to read about victory, check the blog archive of any writer who has ever been featured in Publishers Weekly. If you want to read about defeat, you can find that on the interwebs too, my favorite example being Edan Lepucki’s mordantly funny post for The Millions “Shutting the Drawer: What Happens When a Book Doesn’t Sell.” This piece, however, this piece is about waiting. The seemingly endless, interminable, Waiting-for-Godot-y waiting that occurs when you check your iPhone fifty times a day, waiting to see if a dream is going to come true (or not).

I keep thinking about Roald Dahl’s Charlie and the Chocolate Factory. Specifically, between chapters 5 and 11, when the famous confectioner Mr. Wonka, after ten years without interacting with the outside world, announces in the newspaper that he has hidden five golden tickets in five chocolate bars. The five children who find these tickets will receive a private tour of his chocolate factory that basically ousts Disneyland from its ironclad position as “The Happiest Place on Earth.” The book is thirty chapters long. Waiting for that ticket takes 20% of the story. I think it’s because the waiting is that important. Charlie Bucket really has to put in his hours of wishing for and wanting this literally golden opportunity. He has to go through chocolate bars that only contain chocolate. He has to deal with the overwhelming likelihood that he will not be chosen, and even in the face of crushing reality, he has to keep on wishing and wanting.

Last fall I worked with a nonprofit teaching filmmaking to elementary school students. I hadn’t spent this much time with elementary school students since I WAS one. What struck me most about the children I worked with was how much they wanted things. Every time there was an opportunity to answer a question or volunteer for a demonstration, I would see thirty hands shoot up in a second flat. They all wanted to be chosen so much. In a world where most people are twice their size, a world where they have so little control over their day-to-day lives, being chosen counts for so much.

I am a basically a child when it comes to my Top Secret Mystery Prose Project. Like an elementary schooler, I haven’t yet developed coping mechanisms, barricades of sarcasm,  and battalions of lowered expectations. Like a kid, I still want so much. In the world of traditional publishing (which is the path I’ve chosen for now, and not something I want to discuss in the comments section, so please do not bait me Self-Publishing Proponents), once you send your manuscript out, you give up control. Control is something I’m so used to in my adult life, and giving it up reminds me just how random and unpredictable the world I live in can be. I mean, I can be the most virtuous little boy in all of England, letting my grandparents share the one bed in my house while I basically sleep on the floor, eating my cabbage soup and dealing with British Winter and abject poverty all without complaint. In the end I know I’m not guaranteed that golden ticket. I hope I’m deserving of it. I hope I find that ragged dollar bill buried in the snow. I hope that I find that little bit of luck to push me across the finish line. But I know that while hope goes far, it only goes so far.

It keeps popping into my head, this image of my former students, in the classrooms and auditoriums I taught in, holding their breaths, their eyes pushing into mine, every single hand raised.

I know, pals, I want to say to them. I’m raising my hand too.