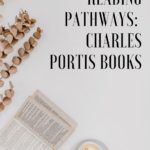 In honor of the memory of Charles Portis, we are running my Reading Pathway as it ran in Book Riot’s Start Here, Vol. 2, published in 2013. Portis, 86, passed away on Monday, February 17. He was, in my opinion, one of the greatest authors to ever live. Portis was not prolific, but his work was exceptional. And even though he and I never met, I will miss him immensely.

Charles Portis was born in El Dorado, Arkansas, in 1933. His writing career began in college when he worked as a reporter before enlisting in the Marines. He served during the Korean War, and after his discharge, he went back to school and received a degree in journalism. Portis has served as the London bureau chief of the New York Herald-Tribune and a writer for The New Yorker. He is best known for his novel True Grit (1968), arguably the greatest western ever written, which was adapted as a film in both 1969 and 2010. On the Male American Authors Reclusivity Scale (which is something I just made up) he slightly edges out Cormac McCarthy and Larry McMurtry, and falls in behind Thomas Pynchon.

If slow and steady wins the race, give Charles Portis all the awards. Portis is a master of satire, a comedic genius with an eye for detail. That’s not to say his books aren’t serious, just that he manages to find the humor in entirely plausible situations before breaking your heart. Just like…what’s that thing? Oh yeah. Real life. In what I find the most accurate statement about Portis, the writer Roy Blount Jr. said, “Charles Portis could be Cormac McCarthy if he wanted to, but he’d rather be funny.”

Since the publication of his first novel, Norwood, in 1966, there have been only four more published novels, the last in 1991. Could it be that Portis stopped finding the humor in the world? With his 80th birthday just a few months away, chances are we’ve got all the books from Charles Portis that he wants to give us. But then, how many other authors could benefit from “less is more” when it comes to releasing novels? (Spoiler: Truckloads.) Here are what I think are the three books to best show you the breadth of Portis’s oeuvre.

While tempted to suggest saving the best for last, True Grit is so simple in its brilliance, the least convoluted of his novels, that it is perfect for Portis beginners. And for readers who are skeptical of westerns, forget that label, “western”: This is the story of a daughter who wants to avenge the murder of her father. It’s a Greek tragedy, with spurs.

Looking for revenge after her father is murdered by his farmhand, Tom Cheney, headstrong 14-year-old Mattie Ross employs Rooster Cogburn, a hard-drinking, one-eyed U.S. Marshal with a reputation for being the toughest gunslinger around. Mattie isn’t willing to just send Rooster off with her money in search of Cheney: she insists on accompanying him on the journey to keep him on task (and from stealing her money.)

Also along for the trip is a Texas Ranger named LaBoeuf, who has been tracking Cheney for many months. Despite the seriousness of murder and revenge, this is practically a buddy cop story. What struck me about True Grit the first time I read it is how funny it is. In my opinion, neither of the films has fully captured just how brilliant this book is. The dialogue is so sharp, it’ll cut your brain. I mean that in a good way. And speaking of awesome dialogue, that brings me to the next book. 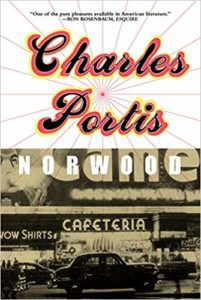 Portis’s first novel kicks off what is to be a central theme in all his books: the road trip. In each of his books, the central character embarks on a quest, even if it’s a small one, in which they encounter colorful characters and danger.

In Norwood, it’s ex-Marine Norwood Pratt. Giving you a description of the book almost feels wrong, because there are so many strange and wonderful aspects, they seem best served as a surprise. But here goes: Norwood is hired by sketchy Grady Fring (The Kredit King) to drive an Oldsmobile from Texas to New York City.

Fans of Elmore Leonard and George V. Higgins will love Norwood the best out of all of Portis’s books. Did I say True Grit was his best? I take it back. It’s Norwood. Definitely Norwood. And like True Grit, it was also made into a film, in 1970, starring Glenn Campbell and…wait for it…football legend Joe Namath. 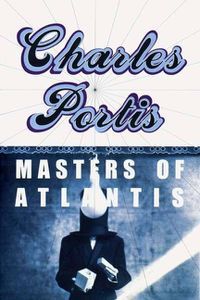 Okay, really, this is the best Portis book. It is his most absurd and hilarious, and also his smartest. It centers around the Gnomon Society, a fraternal order leading their lives according to text from a book supposedly from the lost city of Atlantis.

Lamar Jimmerson is given the book by a shady character while serving in World War I, and finding inspiration is its text, spends his life trying to spread the word. As the order grows, so does the absurdity. Jimmerson’s trusty sidekick, Austin Popper, steals the book with his crazy exploits and his talking bluejay, Squanto.

Popper pretty much ruins everything he touches without anyone around him realizing what is actually happening. I find Masters of Atlantis to be Portis’s most Vonnegut-esque, and even a bit Kafkaesque. (Unsolicited recommendation: Readers who love Masters of Atlantis should check out The Teleportation Accident by Ned Beauman.)

There are only two more published Portis novels: The Dog of the South (1979) about a jilted husband who drives to Mexico in search of his wife, and Gringos (1991) about an American living the easy lifestyle in Mexico. If I was absolutely forced to choose, Gringos would be the one I least recommend, and by least recommend, I mean I would still suggest you read it, because you should sop up every bit of Portis that you can. They’re all wonderful.

Bonus Round: For those of you who are now hooked on Portis, or are rabid fans already, there is Escape Velocity: A Charles Portis Miscellany edited by Jay Jennings (2013), a collection of essays, short fiction, and even a play. (I recommend the paperback edition, as it includes another story not found in the hardcover.) And there’s also a great article online by Charles McGrath called The Elusive Charles Portis, Author of ‘True Grit’, which touches on his cult author status. And Donna Tartt wrote a fantastic afterword in a recent edition of True Grit—worth tracking down. Okay, really, I’ll shut up now.