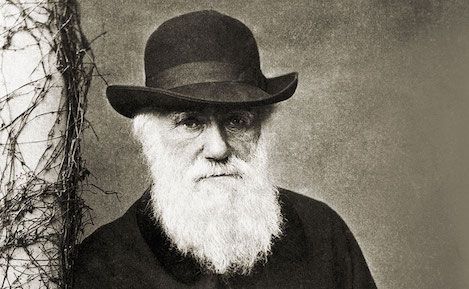 We know you for your rocking beard and that philosophical boulder you threw into the quiet(ish) waters of 19th century science. Origin of Species is 159 years old this year. Pew Research from 2013 says that only 60% of Americans believe in evolution. Proof that it’s a big idea when a significant number of people refuse to even consider it for 159 years.

You’re on the English money, you’ve got an entire college at Cambridge in your name, and fellow scientists have named more than 120 species in your honor. Mostly bugs. The capital city of Australia’s Northern Territories is named for you. Although I’ve been there and, while lovely, I’m not sure a 19th Century British gentleman covered with buttons and beard would have been very comfortable in the heat. 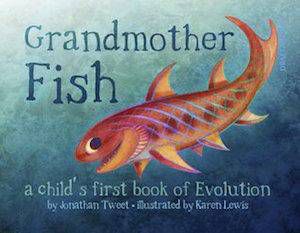 209 is a big number. J.K. Rowling is the only person today I can imagine being discussed for her 209th birthday. You did tough work and now you’re in elite company. We still appreciate the work you did despite the personal waves it created in your home life. You mark a huge difference in our understanding of the life around us.

You and I wouldn’t have seen eye-to-eye on many thing, but I appreciate living in a world shaped by your ideas. (Eugenics excluded from that appreciation.) I find it amusing that you, a clergyman, have become the mascot for atheists, a dirty word to some religious-minded people.

So here’s to you, dear Charles, for shaking up science and giving us an idea that changed the world. An idea that is still changing the world, both at the forefront of science and at the rear guard of contemporary worldviews. To celebrate, I’ve made a list of books by current evolutionary theorists who expand your theorem.

*Note to readers: you know how everyone talks about how science has a diversity problem? Well, this list is a prime example. Evolutionary theorists are very white and very manly. If you’ve got some happening scientists who are POC, send their names here!*

Introduce the littles to evolutionary theory with this simplified explanation of human evolution.  Tweet includes a list of explanations of frequently misunderstood points. Because young folks want to know how we got here too!

Visually appealing with lots of art and sidebars of information, this DK Publishing book offers illustrated reference for all ages.

Island: A Story of the Galápagos by Jason Chin

Chin’s beautiful watercolor illustrations follow the changes of life on the Galápagos Islands. He neatly focuses on the finches, deftly showing and telling the concepts of evolution. 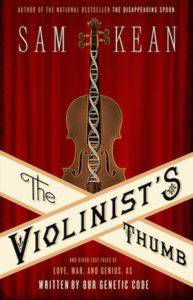 The Selfish Gene by Richard Dawkins

Dawkins zeroes in on a gene-centered view of evolution here. He posits that because of genes, people genetically similar are more likely to help each other, creating stable populations. A controversial, but important book.

Bringing together ten experts in various fields, this book thoroughly explores the evolution of the major groups of living creatures using illustrations suitable even those unfamiliar with evolutionary theory.

Undeniable: Evolution and the Science of Creation by Bill Nye

Bill Nye needs no introduction, nor does his televised debate with a creationist. That debate inspired this book, where Nye enthusiastically and passionately explains the main points of evolution and its importance in our everyday lives.

The Violinist’s Thumb: And Other Lost Tales of Love, War, and Genius, as Written by Our Genetic Code by Sam Kean

Popular science writer Kean provides readers with a very readable look at the world of genes and evolution, past and future.

The Social Conquest of Earth by E.O. Wilson

Famed social biologist, E.O. Wilson makes the case that group selection is the driving force of evolution. Wilson uses this point to explain just how it is that humans became the dominant species on the planet.

Follow the evolution of life through evolution’s inventions, including DNA, photosynthesis, sex, and sight. Lane shows us just what evolution has done for us.

The Structure of Evolutionary Theory by Stephen Jay Gould

Gould, biologist and legend, examines both the three tenets of Darwin’s evolutionary theory, and three current criticisms of classical Darwinism. At 1433 pages, Gould goes well in-depth for anyone with evolution hunger.

This book follows Darwin’s life as he develops his understanding of evolution, showing just how many people influenced Darwin. Costa even includes small experiments for readers who like to take their books off the page.

Lone Survivors: How We Came to Be the Only Humans on the Planet by Chris Stringer

Stringer zeroes in on the evolution of humans, homo sapiens one among many types of humans. He critiques the multi-region evolution hypothesis and builds on the out-of-Africa theory, offering theories about what happened to the other humans.

Harari walks readers through the entirety of the story of human evolution (such as it is known it right now), helping us see how we fit in and stand out in nature.