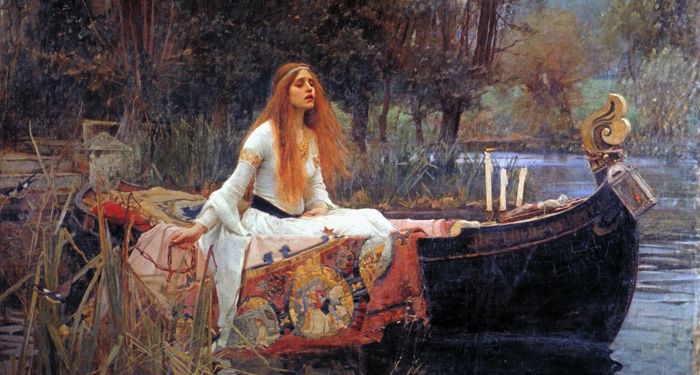 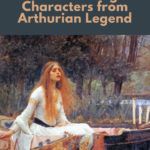 Arthurian legend tells the stories of Arthur Pendragon, a fictional British king who was the sovereign of the Knights of the Round Table. No one knows exactly where the legends originated from or whether Arthur was based on a real king. But the stories have remained a part of Western literature for centuries. And to this day, these legends are being retold and reimagined.

The stories of King Arthur feature many characters whose names sometimes vary from text to text. You’ve likely heard of many of them, even if you’re not familiar with all the stories. For instance, you probably know King Arthur himself, the wizard Merlin, Queen Guinevere, and the knight Lancelot. But there are many other characters from the legends worth considering. Here, in no particular order, are eight of the most interesting characters from Arthurian legend.

Disclaimer: The origins of Arthurian legend are told primarily from a white male perspective, unfortunately. Also, some spoilers from the legend to follow. But King Arthur has been around since medieval times, so you’ve had your whole life to read about it. If you don’t know what happened yet, it’s time to find out! 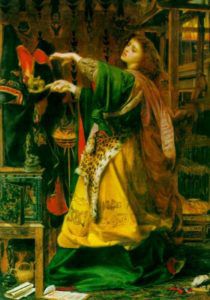 The fairy enchantress first appeared in Geoffrey of Monmouth’s Vita Merlini as the ruler of Avalon, the island where Arthur went to be healed. In later texts, Morgan Le Fay’s relationship to Arthur became more complicated. Sometimes she was his half-sister or cousin. Sometimes Morgan was Arthur’s lover. Additionally, as Morgan Le Fay’s character developed through later texts, she became less of a healer and more of an antagonistic figure for Arthur. Perhaps the character’s disparagement is due in part to Morgan’s connections to Paganism and female sexuality, which might be demonized in Christianity-based legends.

More contemporary texts have taken on the mysterious Morgan Le Fay as their subject, sometimes portraying her as good, sometimes as evil, and sometimes somewhere in between. The duality of this character is part of what makes her so interesting. And I have to say her ability to do magic is pretty cool too.

Galahad is the legendary knight most well known for his success in achieving the vision of God through the Holy Grail. He’s also Lancelot’s son. In Thomas Malory’s Le Mort d’Arthur, King Pelles of Corbenic receives magical foreknowledge that tells him his daughter Elaine will have a child with Lancelot, and that child will grow to become the noblest knight, chosen by God to discover the Holy Grail.

In many texts, Galahad’s success in finding the Holy Grail links directly to his purity, which has been interpreted to mean his chastity. As a knight and as a seeker of the Holy Grail, Galahad surpasses his father Lancelot because he has lead a sinless life. In comparison to Galahad’s purity, Lancelot is notorious for his extramarital affairs. Galahad’s virginity has become such a large part of his story that it’s even become a joke. In Monty Python and the Holy Grail, Galahad finds himself tempted by a castle full of nuns.

But wait…who is the true hero of the Holy Grail? Is it Sir Galahad or Sir Percival? This character was first made famous in Perceval, the Story of the Grail, a 12th century romance by French author Chrétien de Troyes. In this story, Percival first sees the grail without realizing what it is. He meets the Fisher King, but fails to realize that the king is the keeper of the Holy Grail. Thus, Percival fails to ask the question that would heal the king. Later, after Percival realizes his mistake, he vows to find the Grail again.

In later texts, Percival becomes one of the two knights who accompanies Galahad on his quest for the Holy Grail.

Also of note for you Ready Player One fans out there, Sir Percival is the inspiration for the protagonist Wade Watts’s avatar in the OASIS, Parzival. 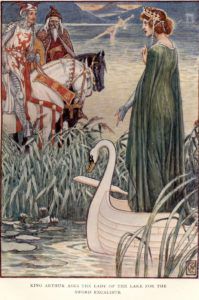 Obviously, Morgan Le Fay couldn’t be the only magical woman on this list.  We have to talk about The Lady of the Lake. The Lady of the Lake, also known as Viviane or Nimuë, is an integral part of Arthurian legend. You’ll note she basically has her fingers in every major storyline pie. Merlin is a powerful wizard, sure, but perhaps the Lady of the Lake is really calling the shots.

Let’s break it down, shall we? According to legend, The Lady of the Lake resides in a castle beneath the lake that surrounds the magical island of Avalon (hence her name). She is responsible for gifting Arthur with his legendary sword Excalibur. Later, she brings Arthur to Avalon to heal him when he is near death. She also raises Lancelot after the death of his father, and it’s this upbringing that earns Lancelot the last name “du Lac” (or “of the lake”).

And what about her relationship to Merlin? Well, many say she taught him magic and that they were lovers, although the details of that relationship vary from story to story. In some versions, The Lady of the Lake falls in love with Merlin and locks him up in a tower so that she can have him all to herself. In others, such as the poem Merlin by Edwin Arlington, Merlin voluntarily becomes the Lady of the Lake’s captive, and he falls in love with her. Are we seeing a pattern of female characters being portrayed as morally ambiguous? I think yes.

Morgause is also an important female character in Arthurian stories. She’s not to be confused with Morgan Le Fay, although they are sisters and in some versions (especially film and television adaptations) their storylines are conflated. Taking it all the way back to the beginning of Arthurian legend, it doesn’t appear that Morgause was this character’s original name. In Geoffrey of Monmouth’s History of the Kings of Britain, she’s called Anna. But later versions made her name fancier, and much more confusing. Come on, give us a break. Morgan and Morgause are really similar names.

Thomas Malory’s Le Morte d’Arthur fleshes out Morgause’s character for the first time. In this version of the story, Morgause marries King Lot of Orkney. They have four sons together, all of whom go on to serve Arthur as Knights of the Round Table.

Here’s where things get interesting. Morgause is apparently unaware that she is King Arthur’s half-sibling, and she visits Arthur’s bedchamber where they conceive a child, Mordred. King Lot goes on to raise Mordred, unaware that he is not his son. Morgause’s unlucky affairs don’t end there, however. Later, one of her sons catches her in the act with Sir Lamorak, one of Arthur’s knights, and promptly chops her head off.

I’d like to say contemporary portrayals of Morgause have been more flattering to the character, but that hasn’t generally been the case. Writers, here’s your opening to reclaim Morgause’s story. #JusticeForMorgause 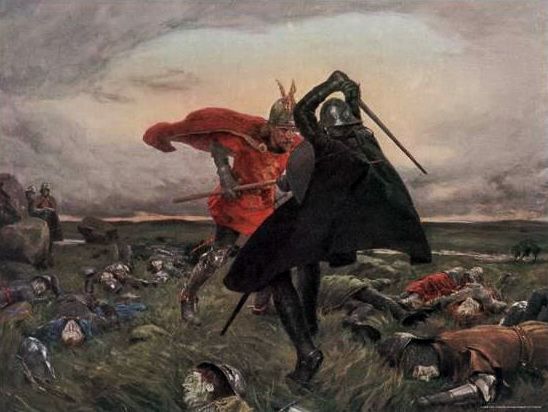 While we’re on the subject of Morgause, let’s go ahead and get into Mordred. Early depictions of Mordred portray the character as one of King Arthur’s knights associated with the Battle of Camlann. Geoffrey of Monmouth depicted Mordred as a traitorous character but not Arthur’s illegitimate son. Throughout literature, however, Mordred has turned into the villainous son of Arthur and Morgause who is eager to claim his title as the rightful heir to the throne.

In some versions of the story, Merlin prophesies that Mordred will bring about the end of Camelot. Sometimes Mordred is in love with Queen Guinevere and fights Arthur for the throne and for Guinevere’s heart. Depending on which interpretation you read, Mordred is either killed by Arthur or kills Arthur at the Battle of Camlann. Sometimes both. Though there are many variations to Mordred’s story, he’s usually the bad guy.

Further sealing Mordred’s fate as a forever villain, Italian writer Dante Alighieri includes the character in the Inferno. Mordred can be found in the lowest circle of Hell, set apart for traitors.

If you’re familiar with Sir Gawain, then it’s probably from the 14th century romantic epic poem Sir Gawain and the Green Knight. Gawain was Mordred’s half-brother and the son of Morgause and King Lot. If Mordred is all that is evil, then Gawain is all that is good. He’s usually portrayed as fiercely loyal, courteous, kind, and a compassionate defender of women, often referred to as “the Maidens’ Knight.”

In order to prevent the king from accepting the challenge himself, Gawain takes up the axe and beheads (yes, another beheading) the Green Knight. But the knight, being strange and magical, picks up his head and rides away. As he goes, he reminds Gawain to find him in a year. Thus, in a year’s time, Gawain goes on a quest that ends up proving what a great and honorable knight he is (of course).

You might remember I mentioned an Elaine earlier. The one who has a child with Lancelot? Well, this is not that Elaine. That was Elaine of Corbenic. Turns out, Elaines were falling in love with Lancelot left and right. This is another Elaine: Elaine of Astolat. The two most famous versions of Elaine’s story come from Sir Thomas Malory’s Le Morte d’Arthur and Alfred Tennyson’s lyrical ballad “The Lady of Shalott.”

The story goes like this: Elaine nurses Lancelot back to health after he is wounded in a tournament. Once Lancelot feels better, he tries to leave an offers to pay her for her services. Elaine begs him to stay with her, but he refuses, his heart belonging to Guinevere. Ten days later, Elaine dies of a broken heart.

The details of the story (her relationship to Lancelot and how she died) differ in each interpretation, but the image of Elaine’s dead body floating in a boat down a river remains in many people’s minds. So much so that Elaine of Astolat has inspired many paintings, including the famous painting by Pre-Raphaelite artist John William Waterhouse.

Arthurian legend has inspired many types of retellings and reimaginings through literature, theater, film, and art, but it’s important to remember the story is more than the tale of Arthur, Merlin, Guinevere, and Lancelot. These are eight of the most interesting characters, but of course there are many more.