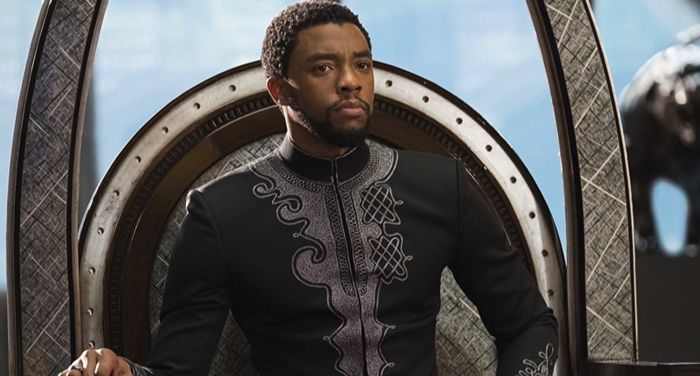 Most of us were stunned when we heard Chadwick Boseman had died of colon cancer at age 43 on August 28. During his life—a life we can all agree was far too short—he brought many important, powerful presences to the screen, including: barrier smashing baseball great Jackie Robinson, musician James Brown, and Supreme Court Justice Thurgood Marshall.

Through him, the impossible became possible. Through him, a whole generation of kids saw proof that they too, could be heroes. Through him, we learned that change was possible, that we’d have to fight for it, but if we fought together there was hope.

Here are some other things we learned, things we’re going to need in the coming days and months and years, things only Boseman’s Panther could have helped us understand:

“Vengeance has consumed you. It’s consuming them. I’m not letting it consume me. Justice will come soon enough.”

At the end of Civil War, Tony Stark discovered Bucky Barnes, AKA the Winter Soldier, killed his parents. Cap reminded Tony that Bucky was programmed, brainwashed, but Tony couldn’t let go. The result: a knockdown drag-out fight that forced Cap to choose between the team he cherished and the best friend he though he’d lost during World War II.

Zemo murdered T’Challa’s father and countless others. When he framed Barnes, he did so knowing innocent people would be hurt, and possibly killed, during the hunt. He robbed Barnes of whatever small bit of peace the man had managed to find. T’Challa tracked Zemo to Siberia, intending to kill him for his crimes.

He finds his target. He is in perfect position.

Instead of striking, T’Challa paused to look at what was happening around him, to meditate on the difference between vengeance and justice. To consider which one would satisfy his desire and how that act would affect the greater whole. Revenge, he realized might provide temporary relief but it wouldn’t heal him and if he was damaged, his people would be damaged and his nation would be damaged.

To do such a thing, to disregard his responsibilities in favor of his own baser instincts was not the act of a king.

What Stark and even Cap miss is their narrow view of “right” and “wrong” is that the ripples of what seems like a personal grudge will, because of who they are, because of the faith people have put in them, grow to a massive tsunami. It will do damage on an epic scale. It will, ultimately, destroy the world (whether or not they manage to fix it is a separate issue). T’Challa, however, is able to put aside his ego, to look past what he wants, past this moment, past cause and to effect and to acknowledge that justice, though slow and imperfect, will suture the wounds left by T’Chaka’s death more fully than vengeance.

It is, by far, the harder road.

But it is the higher, better one.

T’Challa: Maybe we can still heal you…
Killmonger: Why? So you can just lock me up?

After their final battle in Black Panther, T’Challa brings Killmonger outside so his antagonist (I have a hard time calling Killmonger a villain and, according to several interviews, Boseman felt the same way) could get a last look at Wakanda. In his cousin’s final moments, T’Challa suggests that perhaps it’s not too late to save Eric’s life, and Eric responds he’d rather die than be in bondage.

Between the score playing during that scene, however, and the expression on T’Challa’s face, I’m doubtful that’s what the King had planned. I don’t think anyone with whom Killmonger interacted in Wakanda thought he was wrong; they may not have liked his methods but his ideas…his ideas were valid and his political and social analyses…considering how far ahead of time movie scripts are written, I’m pretty comfortable calling Coogler tuned in enough to seem prophetic.

I think T’Challa would have healed Killmonger and then given him a seat at the table. I think he would have listened to what his cousin had to say and thought long and hard about Eric’s points of view before making decisions that would change the course of Wakanda’s internal or foreign policy. Though he was always afraid of living up to his father’s expectations, T’Challa was always willing to admit his mistakes, to change course if it was the right thing for his country.

Consider that in what the majority of folx now call the “Old Testament,” Satan wasn’t the Devil; he was the Devil’s Advocate. He and God were buddies. He challenged, Satan and God placed wagers, and the game was afoot. That sets a pretty decent precedent for reasonable dissent. Am I saying we should welcome all comers? Absolutely not. Nazis, for example are always bad. Racists are always bad. Xenophobes? Always bad. Dissenting opinions on your advisory council? One springing from someone who’s had experiences you haven’t? One that’s there to remind you not everyone grew up in a palace? That not everyone had their place handed to them? That not everyone was safe and secure?

I think the King of Wakanda would welcome those reminders.

In fact, I think he’d insist on them.

Maybe if we had more members of government who had been bartenders and teachers and nurses and community advocates, we’d be a very different place.

We thought we had come so far, but the truth is we’d simply gotten better at skating on a thin veneer of civility we called progress but was really patch work and duct tape ignoring that it was just patch work and duct tape. Now that veneer has been shattered. Now we know better. And there is so much work to do. So much hard work to do. No matter what happens in November, it will continue to be hard.

We are all going to have to hold the line.

Rest in peace and in power, your Majesty.