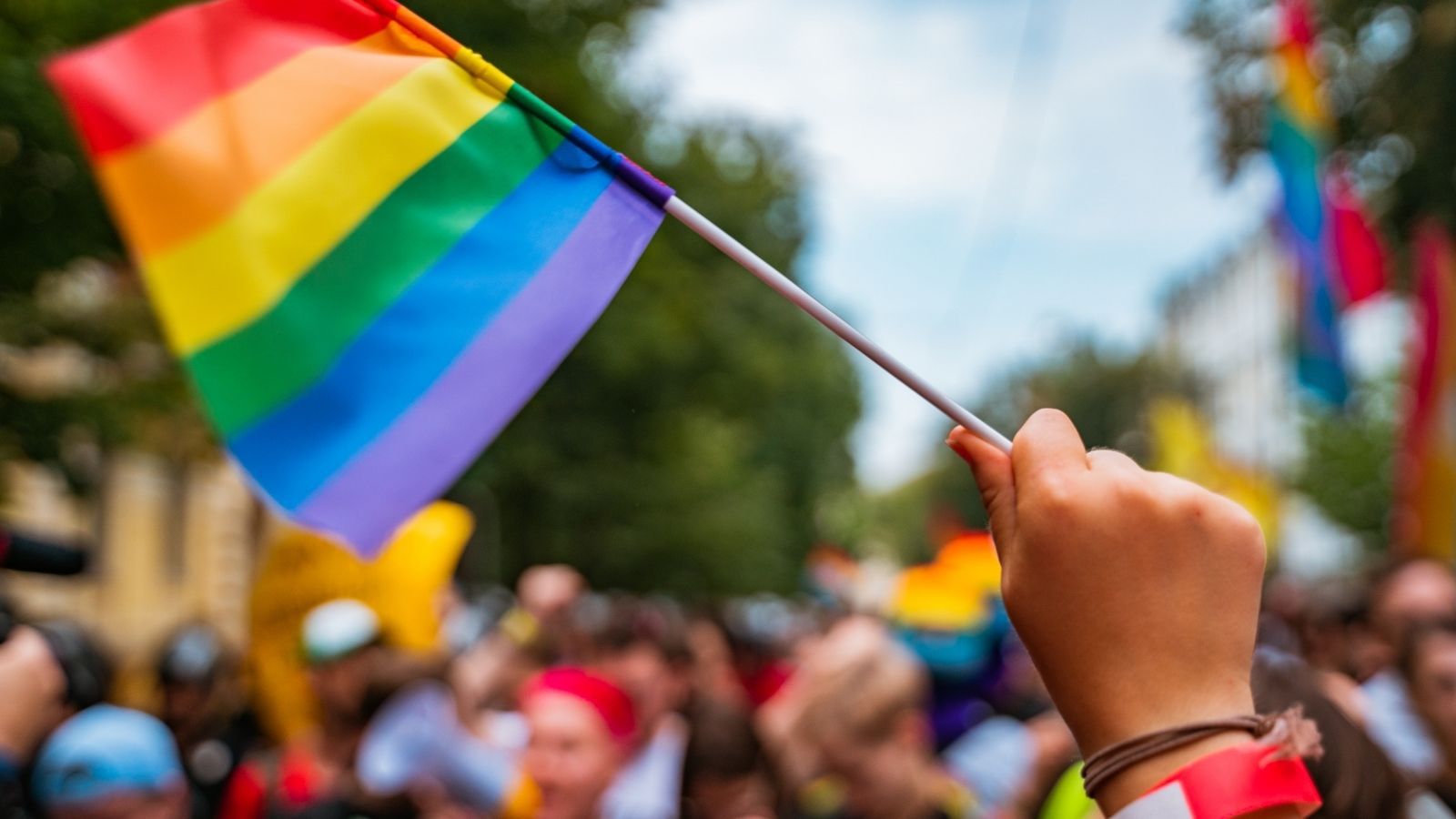 It’s June, and many libraries across the country are celebrating Pride month by putting up LGBTQ book displays. They’ve been common for many years, and now you can even see them in university libraries, school libraries, and even law libraries. In the past year, though, libraries have received a sudden increase in challenges and censorship attempts against LGBTQ books they carry.

I’ve been keeping track of news about library Pride display challenges this year — with the understanding that for every story we see, there are many more that didn’t make the news. Though we’re not even halfway through the month, there has already been a ton of backlash to these displays, and here are some of the patterns I’m seeing.

One thing that worries me is many libraries offering a “compromise” between those who want to remove books from the shelves and those defending the purpose of public libraries and their right to access information. These are not equivalent positions, and while it might be easier to try to appease book banners, it’s a betrayal of the diverse communities these libraries serve, especially those who are most vulnerable, and it’s often a kind of “quiet censorship.”

In book challenges, this can look like moving children’s books to the adult section, or keeping certain titles behind the desk so that they’re only available upon request.

This compromise in Pride display challenges can look like agreeing to not have any “political” displays at all, like the Lafayette Public Library (LA): no Pride month display, no Women’s History Month display, no displays about Cajun history, just “Summer Reading” or something else similarly general. The Library Director, Danny Gilane, said about the decision,

The Lafayette’s Women of Wisdom group called the policy “discriminatory,” and museum operators of Acadian Museum of Louisiana in Erat wrote,

“We implore everyone to contact Library Director Gillane, and ask him to please reconsider his unconstitutional directive — self-censorship — which threatens to undo much of the good work accomplished over the last century to save the unique heritage and culture of Blacks, Cajuns and Native Americans.”

Before their Pride display was challenged, the Library Director of Alamance County faced a similar directive to “compromise.” She had made a list of underserved communities she wanted to work towards the library providing more resources for, only to be told by the County Manager and Assistant County Manager that LGBT couldn’t be on that list, so she removed all references to specific communities.

Later, the library received a complaint that a book featuring two men kissing was on the webpage. It was in a “book river” display that automatically included all the newest books added to the catalogue. The library took down the “book river” until that books’ inclusion timed out, which took six months — during which time, circulation numbers were affected.

Of course, the Pride display was also challenged, with all five Alamance County commissioners receiving email complaints about it. At the time of writing, the display is still up.

“Compromise” can also look like Enid library (OK) not allowing official Pride displays, but having a Pride exhibit put on by a third party and hosted at the library. Both Enid Library and Tyler Public Library (TX) have “compromised” by moving their Pride displays away from the main floor, tucking them away on a second or third floor display, away from the children’s area.

“We understand and acknowledge this decision will leave those who had hoped to see the display(s) removed from the premises dissatisfied, and it will leave those who would like the [PFLAG] exhibit to remain on the first floor equally dissatisfied. This is our attempt to find a balance between viewpoints so that all may be seen, heard, and included at the Library, which provides service to the entire community.”

The Tyler library Pride display, put together by the local PFLAG group, includes small pieces of paper about the meaning of Pride, including, “PRIDE Makes Me Optimistic!” and “Pride Makes Us Feel Worthy!”

Even taking down the display entirely doesn’t seem to solve the problem: Citrus Libraries (FL) faced intense criticism of their (tiny) Pride display in 2021, so they promised to not put one up this year as a “cooling off” period, but they’re still struggling through complaints of the 2021 display, a whole year later.

The complaints spurred a wave of people to (unsuccessfully) run for the library board in order to remove LGBTQ books from the shelves, calling it “indoctrination” and a “sexual agenda.” One resident, representing the MassResistance (classified by the Southern Poverty Law Center as a hate group), started a petition and a series of blog posts that have not yet stopped.

The critics of the display were emboldened by Florida’s “Don’t Say Gay” bill, though it does not apply to public libraries. When Republicans on the board defended the right of the library to have the display, they were accused of being “leftists.”

These attempts at compromise don’t work, and they only punish LGBTQ people.

Many libraries reported that while they have been putting up these displays for many years, this is the first first time they’ve seen so much backlash. Librarians on Twitter confess to being afraid of putting one together and having to face patrons’ anger. They also worry about books on display being stolen or hidden.

Kelly Jensen wrote about a candidate running for Secretary of State in Massachusetts who has built her whole campaign on fear mongering about LGBTQ books and Pride displays in libraries. She constantly posts videos to Facebook featuring the LGBTQ books she finds at libraries, calling them “smut” and “perverse.”

This is a transparent attempt to rally voters to conservative candidates by resurrecting an old rightwing boogyman: the gay people preying on your children. In the ’90s, they called it pedophilia, and now they’re using the word grooming, but they are the same talking points dusted off and reused. It’s disconcerting how effective this strategy still is.

Of course, just because these would-be book banners are loud doesn’t mean they’re in the majority. For a good example, take a look at what happened in Peekskill Library (NY). When putting together a Pride display, The Children’s Librarian at The Field Library discovered that 30 LGBTQ children’s books were missing — not checked out and not on the shelves. These titles were likely stolen or hidden by someone who wanted them removed from the library.

The Field Library posted about it on Facebook and shared an Amazon wishlist for the titles missing, and the community came through: all the books were bought within 24 hours, and Peekskill Pride donated $500 to buy more LGBTQ children’s books and YA books. This is a much-needed feel-good story that shows that there is plenty of support for LGBTQ books in communities as well.

There are also plenty of libraries putting up displays without compromise or significant backlash. Here are just a few:

I love seeing the creative ways libraries are celebrating Pride month! Of course, there are a lot more library Pride displays that don’t make the news at all because they’re just a normal part of the library.

Whether your local library doesn’t have a Pride display, is facing backlash for one, or has one proudly displayed, they could use your support. This month, check out your library and see if they have a Pride display up. If they do, call or email the librarians and the library board and let them know you support them and that you appreciate them. If they don’t, ask for one! Even better than emailing or calling is showing up to the board meetings to show your support.

We need every voice we can get right now to counteract the ones screaming hate.