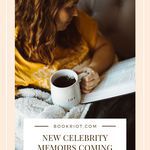 With fall here and a slew of new book releases coming in, your TBR list is about to get stacked. Along with the dozens of fiction titles we’re looking forward to this season, there are several notable celebrity memoirs hitting shelves in the coming months. Written by some of the biggest icons in entertainment, these books give a riveting, behind-the-scenes glimpse into these stars’ rise to fame.

Whether you’re into music, movies, or sports, you’re sure to find something to pique your interest in these memorable nonfiction works: 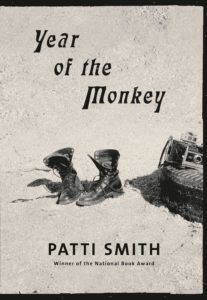 Year of the Monkey by Patti Smith, September 24

Relive one of Patti Smith’s most transformative years in this moving memoir. It picks up following a run of New Year’s performances at the Fillmore in San Francisco and zooms in on the details of a pivotal 12 months during which Smith turned 70 and lost two of her close friends. Looking back at this year, the punk icon offers meditations on time, art, dreams and everything in between. 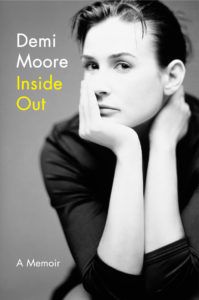 Inside Out by Demi Moore, September 24

Throughout her multi-decade career in Hollywood, actress Demi Moore has stayed fairly quiet about her personal life. Now, she’s opening up in this candid new memoir, which delves into everything from her battles with addiction, body image, and childhood trauma to her marriages. She also gets honest about her struggle to balance her family life with intense fame and public scrutiny. 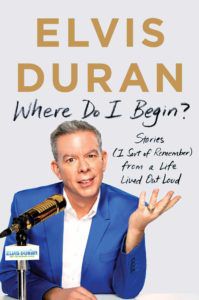 Where Do I Begin? Stories from a Life Lived Out Loud by Elvis Duran, October 1

For Elvis Duran, who struggled to fit in while growing up in Dallas, radio has always been a safe haven. Starting with his early days broadcasting out of a makeshift studio in his childhood bedroom to his years climbing up the ladder and landing his current spot as the morning host of New York’s Z100, Duran has continued to use radio as a place to foster connection with others. But his path to success wasn’t exactly smooth. In this book, Duran gets candid about his struggles with drug abuse, his many job transitions, and the effects his career has had on his personal life. 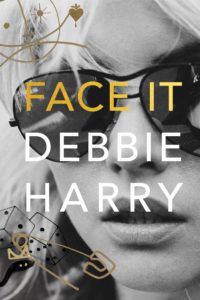 Face It by Debbie Harry, October 1

In her first book, the Blondie singer takes fans from her childhood in New Jersey through her rise to fame. In the moving memoir, the normally private artist touches upon a slew of intimate details from her life, including learning of her adoption as a toddler, her experience entering the music industry, and the process of writing some of her biggest global hits, including “Heart of Glass.” 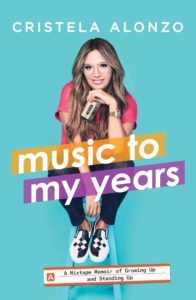 Music to My Years by Cristela Alonzo, October 8

In what she describes as a “mixtape memoir,” Cristela Alonzo tracks her rise to fame, from living with her family in an abandoned diner to becoming a comedian and, eventually, the creator and star of her own sitcom. Throughout her life, music and television have played a key role in every defining moment. Alonzo relates each of these pivotal points in her book to a specific song. The result is a lovely reflection on comedy, pop culture, and community—one that will make you want to revisit the soundtrack of your own life. 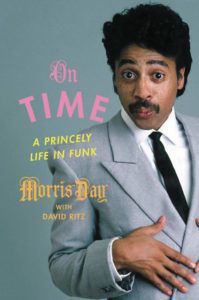 On Time: A Princely Life in Funk by Morris Day, October 8

Composer and soul singer Morris Day has been in the music industry for four decades. In this meditative memoir, Day looks back at his lengthy career, and specifically his tumultuous relationship with fellow musical icon Prince. Day also delves into his efforts to reconcile the tragic loss of his longtime collaborator after years of on-again, off-again friendship. 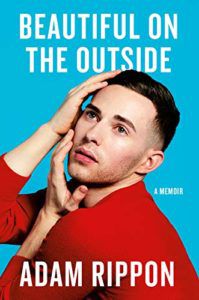 Beautiful on the Outside by Adam Rippon, October 15

You know him as an Olympic athlete and medal-winning figure skater. But Adam Rippon’s journey to athletic glory wasn’t always pretty. In this entertaining new memoir, Rippon recounts the obstacles and disasters he faced on his path from homeschooled Pennsylvania kid to world-renowned skater—and how he was able to smile and keep it “beautiful on the outside” throughout it all. 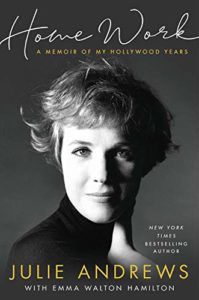 Home Work: A Memoir of My Hollywood Years by Julie Andrews, October 15

In her first memoir, Home Work, Julie Andrews delved into the story of her childhood and her emergence as an actress. Now, she’s picking up where she left off. In her second memoir, Andrews recounts her arrival in Hollywood and her rollercoaster rise to fame. The book is co-written with her daughter, Emma Walton Hamilton. 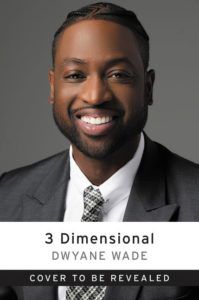 In his second book, basketball legend Dwyane Wade highlights the “essential principles” that he follows in his life and career. Wade looks back on the values and lessons he’s learned throughout his journey, from Chicago’s South Side to NBA star. The photographic memoir also contains more than 100 never-before-seen photos from Wade’s life, both on and off the court.