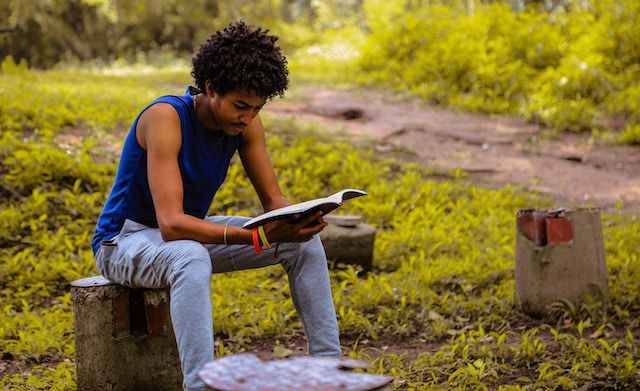 Critical Linking, a daily roundup of the most interesting bookish links from around the web is sponsored by Book Riot Insiders, the exclusive digital hangout for the Book Riot community.

“A 31-year-old fan from Wisconsin created a meme listing all of the books that Hussle had mentioned in interviews, songs and motivational messages that she had been compiling for years. It includes self-help bestsellers, cult classics and little-known books by black authors.
The list went viral.
Now, almost a year later, 74 black men and two Latinos make up the four chapters of The Marathon Book Club. They meet monthly in Oakland, New York and Washington, D.C., in addition to L.A., to discuss the books that motivated Hussle.”

A beautiful bookish story born from a tragedy.

“New Mexico author Denise Chavez created Libros para el Viaje, or books for the journey, with that idea in mind.
‘Our commitment is to deliver books to our children, young people and adults where ever they are housed,’ Chavez said.
That includes shelters on both sides of the border, camps near international bridges in Ciudad Juárez, where people are waiting for the chance to make an asylum claim, and a small library in Anapra, a working-class community that borders New Mexico.”

Look for the helpers.

“If you’re a regular reader of Open Culture, you know we like to bring you the latest attempts to decipher the legendary Voynich Manuscript, a strange medieval book whose language has baffled scholars for centuries. Like many other early 15th century texts, the Voynich seems to combine medicine, alchemy, herbology, botany, zoology, astrology, and other forms of folk knowledge in a compendium. But it’s filled with bizarre illustrations (see an online version here) and written in a language no one can read. Is it a lost ancestor tongue? The secret code of a cult? Is it a hoax? Why was it made and by whom?”

A documentary on the mysterious manuscript and the fascination with it if your nerd heart is looking to purr.