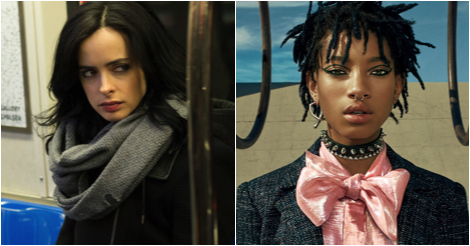 Every time you turn around lately, it seems like another celebrity gets a book deal. Celebrity memoirs basically built my wheelhouse, so I’m always excited at celebrity book deal news. This year, it looks like many celebrities-turned-writers are breaking out from the memoir trend and exploring a variety of creative book projects. But don’t worry–there’s still plenty up on the memoir docket, as well.

To help make it a little easier to keep track, here’s a roundup of some of the celebs who’ve recently announced they’re writing a book.

Rachel Bloom is the co-creator and star of hit musical comedy, Crazy Ex-Girlfriend (which I have 100% binge-watched). According to Entertainment Weekly, the book will be more than pure memoir. Instead, it’s described as a hodgepodge of personal essays, fictional stories, poems, and more. I don’t know about you, but I am so here for more awkward, relateable stories from Rachel Bloom. So far, there’s no specific release date, but the book is tentatively expected to come out sometime in Spring 2019. 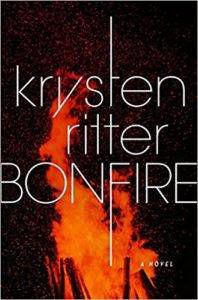 Fans of Jessica Jones probably won’t be shocked to learn that Ritter’s debut novel will be a “psychological thriller.” According to Entertainment Weekly, the novel, titled Bonfire, will follow an environmental lawyer who returns to her hometown to investigate a local company. Sounds like a perfect book to curl up with when you’re in the mood for something a little sinister. The book is set to release on November 7th, 2017.

I definitely missed hearing about this book deal, and now we’re almost to the book release. There is No F*cking Secret: Letters from a Badass Bitch is the title of Osbourne’s forthcoming memoir, set to release April 25th, 2017. It will deal with issues surrounding her mother’s illness, her father’s drug abuse, and her own struggles with addiction.

Willow’s production company, MSFTS, has optioned the right to create an animated series based on Menancholy, a book proposal written by Smith herself. According to Dazed, she plans to write the full-length book, as well as produce the animated series. Smith says the book is about Menen-Nin Khali, a girl who can see into her past life, and will take place somewhere called “The Mystery School.” So far, there don’t seem to be any further details on when the book/animated series will be released. 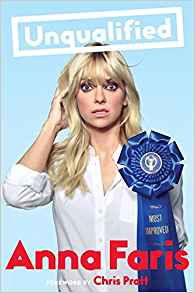 Faris, whose popular podcast Anna Faris is Unqualified has been going for two years steady, is now writing a similarly-titled memoir, Unqualified. Like many of the best celebrity memoirs, it will cover her awkward teenage years up through the start of her success in Hollywood films. According to Entertainment Weekly, Unqualified will also include life advice similar to what Faris provides on her podcast. The book is set to release October 25th. I’ll definitely be adding this, and her podcast, to my list of things I need to invest time in.

Finally, I would be remiss if I didn’t also nod to another branch of celebrity that’s getting bookified–both the Obamas and the Bidens have signed joint book deals, ensuring us books from Michelle Obama, Barack Obama, Joe Biden, and Jill Biden. Sounds like a proliferation of book tour memes just waiting to happen.

So there you have it, five of the recent book deals/book releases out of Hollywood as well as two huge book deals out of Washington. Know any that I missed? Let me know in the comments so I can stack that TBR even higher.