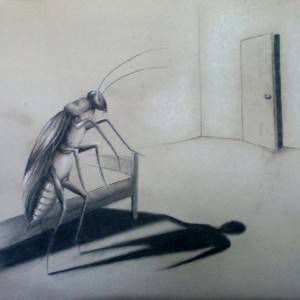 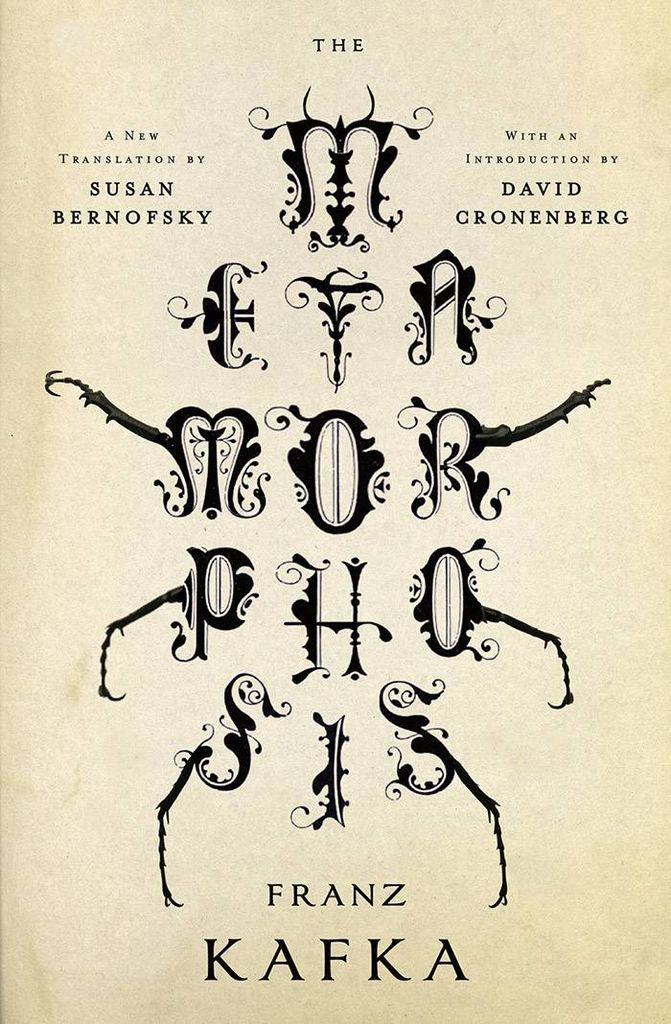 The other day, I was randomly searching literary anniversaries and I realized that this year marks the 100th year anniversary of Franz Kafka’s The Metamorphosis. If you’re unfamiliar with the story, it’s about a man named Gregor Samsa who wakes up one day to discover that he has turned into a cockroach. For the rest of the short story, Kafka details how Samsa’s transformation has an effect on his family. The first time I read this story was when I was in studying abroad in Russia. I stayed in a small, narrow room and read at night whenever the internet connection was slow. The greatness of The Metamorphosis is, for one, in how Kafka details the distinction between the mind and the body. The way in which Samsa sees himself is not the way that others see him. Perception is never uniform and Kafka reveals this lesson through exaggerated methods, like a man changing into an insect. How many times have we wanted to be someone who we weren’t?  How many times have we been hesitant to accept a compliment, believing that what one sees in us is not actually real?

Whether you know this or not, Kafka received inspiration for this iconic story from his own personal life.  For example, in The Metamorphosis, Kafka constantly mentions the incessant slamming of doors. Even as an adult, Kafka lived with his parents in a small apartment and frequently heard them yelling and slamming doors which became a detriment to his writing. I suppose, instead of fighting the noise, he incorporated this tension and discord into the text. The neglect and abuse that Samsa suffers throughout the story mirrors that of Kafka’s relationship with his father in particular. Franz Kafka’s father did not approve of him taking up writing as a vocation and thought of him as a failure. His disappointment was so strong that he often beat Franz for his rejection of wanting to become a businessman. Arguably this split in his perception of himself vis a vis that of his father helped to fuel his creation of Samsa. Like Franz’s father, Samsa’s father is depicted as somewhat of a short-tempered tyrant.

Think about alienation. As an insect, Samsa has to rely on his relatives to take care of him and it isn’t long before they consider him more of a burden than a family member. I’ve noticed that a lot of absurdist literature deals with these feelings of isolation. Gregor Samsa is working a thankless job and maintaining a passionless relationship in order to take care of his family and keep appearances, respectively. When he wakes up as another species, he doesn’t immediately think about himself but rather how this will affect his familial dynamics. I’m sure there are countless people who struggle with trying to forge their individualities when their focus is mostly on the collective.

What makes Kafka a literary legend is that he takes simple yet odd circumstances to reflect the human condition. The fact is, strange situations can and will happen to us all. For the most part, we may never be able to have a definitive answer for why they occur but their impact will be very evident in our lives and perhaps those close to us.

What I enjoy most about The Metamorphosis is what identity means–or doesn’t mean, for that matter. We never have a fixed position in life, sometimes we’ll be okay with that, and others we’ll feel as if we couldn’t be more dissociated from our feet on the ground or our minds in some imperceptible spot.

The thing about absurdist stories is the more you read and invest yourself into the characters and their experiences, the more you realize that they aren’t so unusual. Life is already fantastic as-is, so absurdism is another way of showing reality under high resolution.

If you haven’t done so already, I strongly encourage you to read The Metamorphosis. It shouldn’t take you longer than an hour or two to finish the story. I promise that you’ll be able to feel the tension and lack of harmony seeping through the text. It’s a very raw and visceral read. Hopefully by the end, you’ll be able to see why this story has stood the test of time.