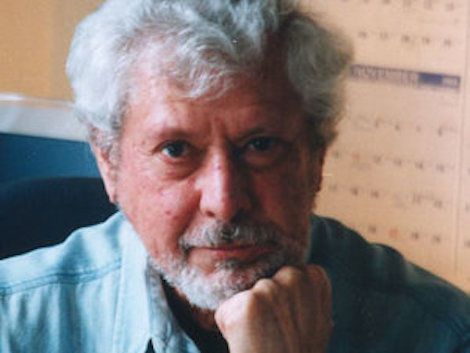 The youth literature world lost a giant last week. Russell Freedman, author of roughly 50 books for young readers, died on Friday, March 16, 2018, at the age of 88.

Freedman began his writing career in 1961, with the publication of Teenagers Who Made History. But it was perhaps in 1988 when readers saw the tremendous range Freedman’s work showcased, as he earned a Newbery medal that year for  Lincoln: A Photobiography—the first time that the award went to a nonfiction book since 1956. More than one of his books went on to earn Newbery honors as well. 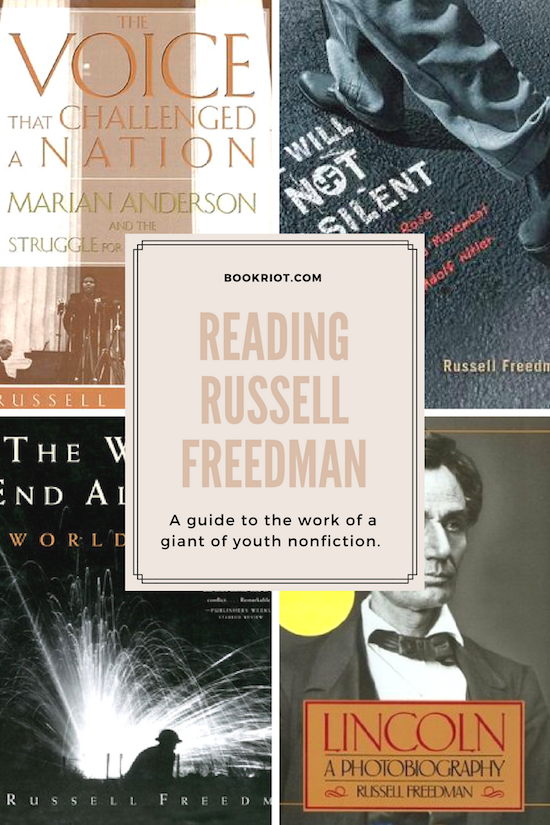 His work take on topics of history, as well as numerous biographies of famous—and less-famous—individuals who contributed big things to the world. An advocate for changing the way history is taught to children, his books don’t shy away from presenting tough issues, compelling narratives, and complexity that isn’t always discovered in textbooks.

Freedman was a staple in my own young adult literature class, where I first began falling in love with nonfiction for young readers. That exposure to his work was, of course, not my last.

We are lucky that he shared so much with us, and it will remain a key part of children’s literature for a long, long time.

Here’s where to begin with his extensive bibliography. Descriptions pulled from Goodreads. 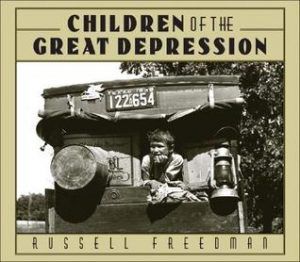 Children of the Great Depression

As he did for frontier children in his enormously popular Children of the Wild West, Russell Freedman illuminates the lives of the American children affected by the economic and social changes of the Great Depression. Middle-class urban youth, migrant farm laborers, boxcar kids, children whose families found themselves struggling for survival…all Depression-era young people faced challenges like unemployed and demoralized parents, inadequate food and shelter, schools they couldn’t attend because they had to go to work, schools that simply closed their doors. Even so, life had its bright spots—like favorite games and radio shows—and many young people remained upbeat and optimistic about the future.

Drawing on memoirs, diaries, letters, and other firsthand accounts, and richly illustrated with classic archival photographs, this book by one of the most celebrated authors of nonfiction for children places the Great Depression in context and shows young readers its human face. 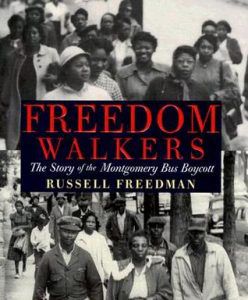 Freedom Walkers: The Story of the Montgomery Bus Boycott

On December 1, 1955, Rosa Parks refused to move to the back of the bus and give up her seat to a white man. This refusal to give up her dignity sparked the Montgomery bus boycott, a yearlong struggle, and a major victory in the civil rights movement. 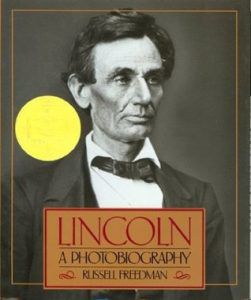 Abraham Lincoln stood out in a crowd as much for his wit and rollicking humor as for his height. This Newbery Medal–winning biography of our Civil War president is warm, appealing, and illustrated with dozens of carefully chosen photographs and prints.

Russell Freedman begins with a lively account of Abraham Lincoln’s boyhood, his career as a country lawyer, and his courtship and marriage to Mary Todd. Then the author focuses on the presidential years (1861–1865), skillfully explaining the many complex issues Lincoln grappled with as he led a deeply divided nation through the Civil War. The book’s final chapter is a moving account of that tragic evening in Ford’s Theatre on April 14, 1865. Concludes with a sampling of Lincoln writings and a detailed list of Lincoln historical sites.

Martha Graham, the American dancer, teacher, and choreographer, revolutionized the world of modern dance. She possessed a great gift for revealing emotion through dance, expressing beliefs and telling stories in an utterly new way. Newbery Medalist Russell Freedman documents Martha Graham’s life from her birth in 1894 to her final dance performance at the age of seventy-five and continued career as a choreographer until her death in 1991. Graham’s own recollections as well as those of her dancers, students, friends, and lovers reveal Graham’s unwavering dedication, her extraordinary sense of artistry, and the fierce intensity that left an impression on all who saw her perform. Original research based on interviews and a remarkable collection of photographs not widely reproduced give this biography a rare and unparalleled depth. 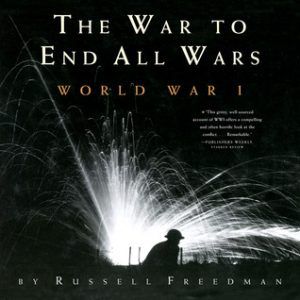 The War to End All Wars: World War I

Nonfiction master Russell Freedman illuminates for young readers the complex and rarely discussed subject of World War I. The tangled relationships and alliances of many nations, the introduction of modern weaponry, and top-level military decisions that resulted in thousands upon thousands of casualties all contributed to the “great war,” which people hoped and believed would be the only conflict of its kind. In this clear and authoritative account, the Newbery Medal-winning author shows the ways in which the seeds of a second world war were sown in the first. Numerous archival photographs give the often disturbing subject matter a moving visual counterpart. 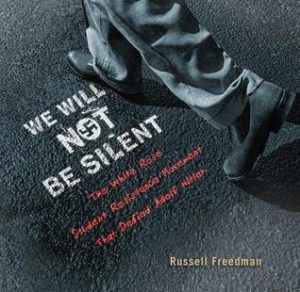 We Will Not Be Silent: The White Rose Student Resistance Movement That Defied Adolf Hitler

In his signature eloquent prose, backed up by thorough research, Russell Freedman tells the story of Austrian-born Hans Scholl and his sister Sophie. They belonged to Hitler Youth as young children, but began to doubt the Nazi regime. As older students, the Scholls and a few friends formed the White Rose, a campaign of active resistance to Hitler and the Nazis. Risking imprisonment or even execution, the White Rose members distributed leaflets urging Germans to defy the Nazi government. Their belief that freedom was worth dying for will inspire young readers to stand up for what they believe in. 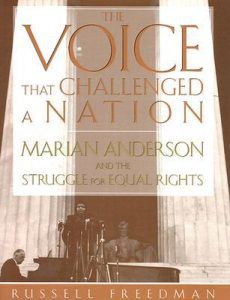 The Voice That Challenged a Nation: Marian Anderson and the Struggle for Equal Rights

“A voice like yours,” celebrated conductor Arturo Toscanini told contralto Marian Anderson, “is heard once in a hundred years.” This insightful account of the great African American vocalist considers her life and musical career in the context of the history of civil rights in this country. Drawing on Anderson’s own writings and other contemporary accounts, Russell Freedman shows readers a singer pursuing her art despite the social constraints that limited the careers of black performers in the 1920s and 1930s. Though not a crusader or a spokesperson by nature, Marian Anderson came to stand for all black artists—and for all Americans of color—when, with the help of such prominent figures as Eleanor Roosevelt, she gave her landmark 1939 performance on the steps of the Lincoln Memorial, which signaled the end of segregation in the arts. Carefully researched, expertly told, and profusely illustrated with contemporary photographs, this Newbery Honor and Sibert Medal–winning book is a moving account of the life of a talented and determined artist who left her mark on musical and social history. Through her story, Newbery Medal–winning author Russell Freedman, one of today’s leading authors of nonfiction for young readers, illuminates the social and political climate of the day and an important chapter in American history.