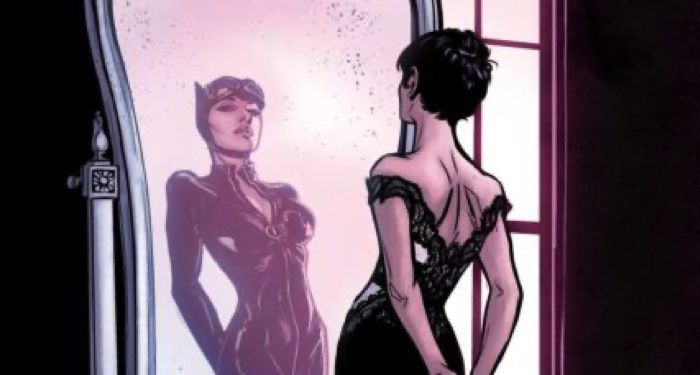 It’s a big year for more than one resident of the Batverse: in March, Dick Grayson and the legacy role of Robin turned 80 and this month, the woman who is arguably the most important member of Batman’s Rogue’s gallery (sorry, not sorry, Joker), and absolutely the most compelling, is celebrating the 80th anniversary of her first appearance: welcome to the octogenarian club, Catwoman.

How has Selina Kyle kept Bruce Wayne engaged in an eight decades long game of cat and…bat (okay, this time I’m actually sorry, but as a comics writer, I’m legally obligated to make that joke, I didn’t write the contract but I did sign it in blood)? Let’s take a look.

Catwoman’s birth name was Selina Calabrese. Other aliases include: Selina Kyle (her current legal name), the Cat, and Irena Dubrovna. Her first appearance was in Batman #1 (1940).

The Cat and the Bat had an antagonistic relationship from the start wherein she, the master of disguise and expert thief, stole stuff, Batman caught her, sometimes threatened to spank her (as always, I just work here), Robin was an idiot, and the Cat ultimately escaped. In Batman #62 (1950) somekitty gave her a weird backstory wherein she claimed to be a flight attendant who had survived a plane crash and had amnesia, but that went by the wayside as a sob story to garner sympathy for her life of crime and that resolution was…probably for the best. 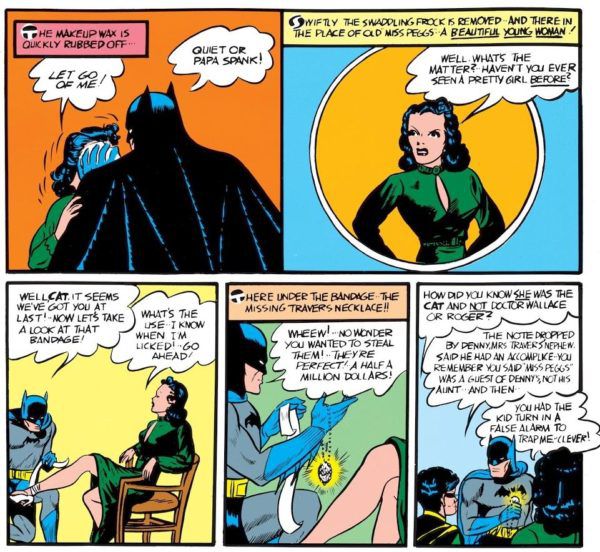 In the 1950s, Selina began to reform (boring) and by the ’70s her Golden Age, Earth-2 self was in a lovely relationship with that dimension’s Bruce Wayne. They fought crime together and had a daughter named Helena who would eventually become Earth-2’s Huntress while on Earth-1, Selina and Bruce continued to do the “will they, won’t they” dance.

During the ’80s Crisis on Infinite Earths event, Selina’s backstory was rewritten to that of a sex worker abused by her pimp, because of course it was; it was the ’80s and women only got to appear in mainstream comics if they were Wonder Woman, Lois Lane, madonnas, dumb blondes, someone’s little sister, or a prostitute. In this new continuity, Selina learned how to fight so she could escape and then turned her skills to defending other women in similar circumstances. She became a thief so she could provide for herself and for them. It was in the course of those minor crimes Selina first met Batman and it was those meetings that inspired her to create her Catwoman persona. Which…thanks, I hate it. Relegating Selina Kyle to needing the Bat to inspire her to do anything let alone invent a cat persona for her thief alter ego is downright insulting.

In 1993, Catwoman was given her own ongoing series that followed her adventures as a globe-trotting jewel thief who…happened to go back to Gotham when something major was going down. Despite the fact that she was doing this dance with Batman and the fact the GCPD was after her. And that every one of these events was potentially catastrophic (I swear, I didn’t mean to do that).

Selina and Bruce did try to make a go of it during the Hush storyline in 2002/2003, but his code was too strict and also, on a fundamental level, Bruce Wayne is a rampaging jackass with mommy issues so Selina did the smart thing and walked away. 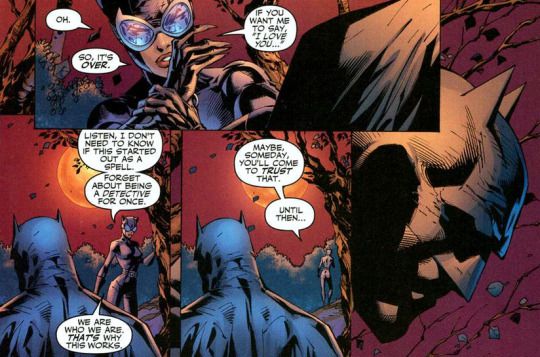 During 2005’s Infinite Crisis, Selina briefly relinquished the mantle of Catwoman to Holly Robinson, one of the women she had protected when she was living on the street, and it later came out that she did so because she was pregnant. Because what other possible exciting, life-changing plot twist can there be for a female character than forcing her to have a baby? And then give the baby up for adoption because she doesn’t trust herself as a mother? This is what they gave one of the smartest, most engaging, snarkiest, worldly women in comics as motivation to take a vacation. It’s not something I have an issue with conceptually. I have kids. It’s changed my life in some incredible ways. I can’t conceive of my life without them. But it doesn’t fit this character. Especially not the part where she asks Zatanna to remove her memories of Helena to spare her grief. Anyway. Stepping off my soapbox and forging ahead.

Selina returned to Gotham and reconnected with Batman, agreeing to join the Outsiders. Until Hush showed up and stole her heart. Batman got it back and it’s reimplanted and everything is awesome, including Selina tracking Hush through the jungles of Vietnam where she located and tortured but didn’t kill him because Batman wouldn’t like the murder part (eye roll).

Batman conveniently up and died (he, of course, eventually got better) not long after Selina’s return and she teamed up with Ivy and Harley to form the group known as the Gotham City Sirens . The Sirens stole stuff and also stopped other people from stealing stuff which, in my mind, fits Selina’s personality much better than not killing the dude who literally ripped her heart out.

In 2011, following Flashpoint (New 52), Selina got yet another new backstory: as an orphaned child she was placed in a group home that used the kids to steal. After playing her Catwoman role for a time, she discovered she was actually heir to the Calabrese crime family. Finding a fundamental flaw in the fact she wasn’t running said family, she moved in and took over. Eiko Hasigawa, heir to a rival clan, took up the Catwoman mantle for the duration. I remember feeling relatively “meh” about this run and giving up after three or four months. 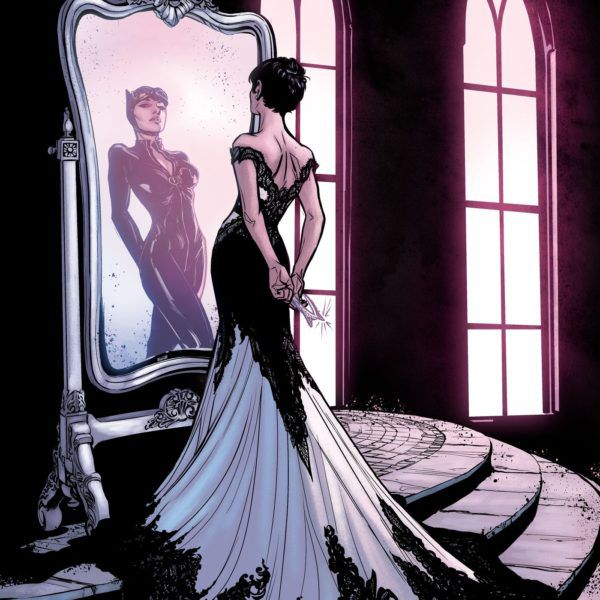 After 2016’s Rebirth, Selina stepped down from her position in the Calabrese family and donned the leather once more, only to be arrested and sent to Arkham on charges of mass murder. Bruce broke her out for a mission and ended up proposing, which led to that now infamous whose-foot-is-that-sex-on the roof scene, spawner of many “poor Alfred who has to clean up all of this diamonds,” jokes. After hearing Bruce confess what he considers his greatest sin during his early Batday’s The War of Jokes and Riddles (which was a completely incomprehensible arc I also gave up on and also definitely what every woman wants as part of her proposal story—”and then, we talked about him for hours!”) Selina says, “yes” and agrees to fight Talia al-Ghul for the privilege of marrying Bruce (this arc was clearly written by men for men). Then Selina decided Gotham needed Batman and Batman needed misery to be Batman, which is one of the dumbest things I’ve ever read (like OG Robin dumb), and left him at the altar. I hope she took her wedding dress, though, because it was stunning.

So there you have it. Eighty years in the life of the Cat. Personally, I think it’s time for her story to pass back into the hands of a lady, preferably a Latinx writer who can do a proper job of exploring that part of Selina’s story, which has been hinted at but never fully fleshed out (life #11). And let us not forget DC Superhero Girls Catwoman (life #12), a clear homage to Eartha Kitt’s classic portrayal who deserves far more air time, either in moving picture or comic book form.