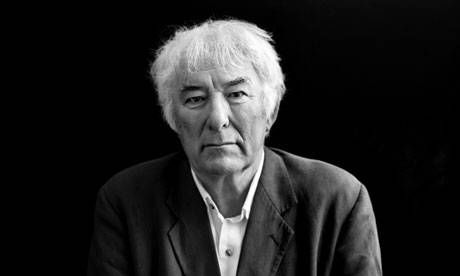 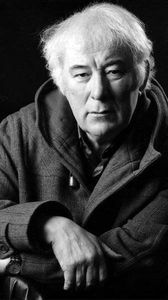 Last Father’s Day I gave my dad a copy of Seamus Heaney’s poem Digging. It is one of Heaney’s earliest and the one most quoted in the downpour of obituaries that have greeted his death.

My dad and grandfather, like Heaney’s, are Northern Irish farmers. (There is no past tense for being a farmer. They never retire. In death they just return to the opened ground they’ve spent their lives tilling.)

Heaney sees his forefathers digging. “But I’ve no spade to follow men like them,” he says. “Between my finger and my thumb / The squat pen rests. / I’ll dig with it.”

My dad reads occasionally. Invariably his reading material of choice is the Farming Life, an Irish newspaper dedicated to the rough and tumble of sheep sales and the white heat of tractor innovations. He’s normally asleep by page three. But if any piece of art sums up our relationship, it is Digging. If any poet was going to sum up our lives, it is Heaney.

There’s my grandfather working the horse plough “his shoulders globed like a full sail strung” (Follower). There’s my mum as a child seeing her dead brother, lying in “a four-foot box, a foot for every year” (Mid-Term Break). There’s the spit of land I grew up on where “at dusk horizons drink down sea and hill” (The Peninsula). There’s the dark well at my Great Aunt Marion’s – the one we were always told to stay away from, the one that “smells of waterweed, fungus and dank moss” (Personal Helicon).

He wrote about my land. He came from a land of place names that sounded like someone had smudged a language – Broagh, Toome, Mossbawn. He made it okay to be from Northern Ireland and refuse the ready-mix mythologies of either side of its brutalising, befuddling conflict. He made coming from the land and wanting to live the life of the mind not mutually exclusive things.

In fact, if it wasn’t for this shared patch of earth – all Friesian cows, waterlogged bogs, and cool scullery floors – he would have had no poetry.

The sods of earth he wrote about and lived among are like the poetry itself. These places cup and hold history. Ancient warriors and latter day troubles can be trapped both beneath peat and in words. Where others invoke amber as the perfect preserving agent, Heaney chose soil, grimy water and poetry. He understood that memory is a thing of murk.

If those clumps of damp soil could write they would sound like Heaney. It was not for nothing that someone quipped he was the poet laureate of the root vegetable. In his gentle but firm hands the abstract became as immediate as the shuck after the third downpour of the day. His descriptive powers were fearsome. To hear “The warm thick slobber of frogspawn that grew like clotted water in the shade of the banks” (Death of a Naturalist) is to be as excited and disgusted as if he had actually tossed the spawn in your face.

Heaney was the best of home. He was the best of a beautiful, crumpled place. I’ll return to his work in years to come and find something both eternally true and shockingly new about where I’m from. Heaney, after all, loved burrowing in and upturning roots.

Aside from a keen shiver of sadness, what Heaney’s death leaves behind is a body of work that at its peak achieves a feeling akin to being blindsided by the fleeting rhapsody of nature, as he describes in one of his finest later poems, Postscipt:

You are neither here nor there,

A hurry through which known and strange things pass

As big soft buffetings come at the car sideways

And catch the heart off guard and blow it open.

My dad still lives and farms in Northern Ireland. He has yet to deliver his review of Digging. He can be forgiven though. He’s too busy actually digging. And, God willing, he has plenty more to do. Me too.

But as for you Seamus, your digging is finally over. Let your pen be at rest.