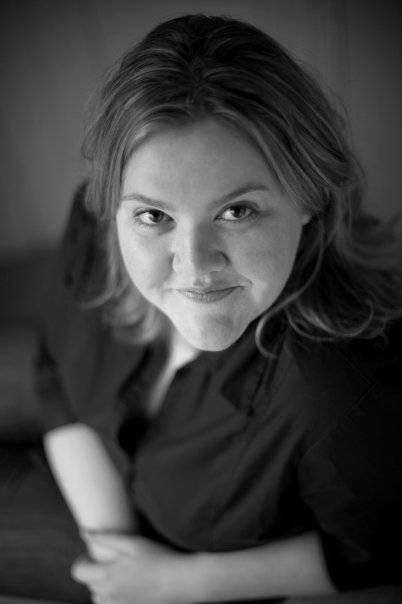 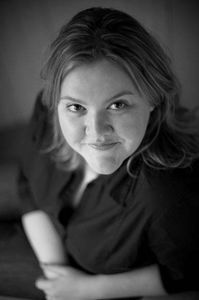 As some of you know, I’m a big romance fan and it’s all because I’m lucky enough to work regularly with Sarah MacLean, romance author and expert. But I still have to fight the urge to hide my pink-covers-with-swooning-ladies on the train. The more I thought about why that was, the more I wanted an expert opinion! Sarah took the time to sit down and talk with me about popular misconceptions, feminism, and her own favorites in the romance genre.

JN: In the past couple of years, the sci-fi/fantasy subgenres have really come into their own in popular culture. Used to be, you’d envision those readers as “nerdy dude living in his parents’ basement,” but now we’ve got blockbuster comics movies and massive audiences for shows like Game of Thrones. But for romance, while there are great communities online that recognize the diversity of readers (I’m thinking particularly of Smart Bitches, Trashy Books), it seems like the popular stereotype of a reader is still “aging spinster cat-lady.”

SM: I give a talk called “Real Heroines Rip Their Own Bodices: Romance as a Feminist Genre,” and I talk about the way people perceive readers as “cat lady” or “sex kitten.” I mean, to those who don’t read the genre, romance is either filled with unattainable fantasies or filthy sexy bits. And somehow both of those perceptions are designed to strip power from the reader. Either way, romance readers are labeled as weirdos. It’s incredible.

SM: Honestly, I think there’s a ton of fear in the perception of romance in part because there’s something very realistic in great romance — namely, that women have the right to demand relationships that are based on equality and honesty and trust and, yes, a great sex life. Why should we settle for less than those things? That’s a scary question for a lot of people, but it’s a critical one for women. We should gain from our relationships. And if we don’t, we shouldn’t be in them.

JN: Amen! Which brings us to feminism and romance. Do you have any difficulty reconciling the two? It sounds like the answer is no. But there are certainly problematic tropes (my personal least-favorite-ever is the “she’s so hot it enrages me” phenomenon), and a fair number of romances also have consent issues.

Also, there’s power in genre fiction. We’re really all the same — people read romance for the same reason they read mystery — because we like to know that in the end, the good guy wins… the murder is solved… love triumphs. Sometimes, in a world full of struggle and hardship and fear, knowing that things will be tied up with a bow is the ultimate comfort.

JN: Yes! I often find myself reading genre fiction (including romance) when I’m extra-stressed about work or family or whatever — because I know that I’ll get a happy ending. Sometimes, that’s all you need.

SM: There are worse things in the world!

JN: If you could recommend a couple romances for nonbelievers, what would they be?

SM: Well… you weren’t really a romance reader, were you? Didn’t I start you with Susan Elizabeth Phillips? Nobody’s Baby But Mine.

JN: Oh my god, that book. So fantastic!

SM: I love it because it’s such a good example of what people think romance is. The story is wild: brilliant neurophysicist decides to “steal” a baby from the local NFL quarterback because her biological clock is ticking… and somehow, they fall in love. But you buy it.

JN: Because the characters are so well-drawn. They’re completely convincing.

SM: Susan is incredible. She writes the most likeable unlikeable heroines ever.

JN: How about some recommendations for people based on other things they read? For example, for someone who likes potboilers, mysteries, a puzzle to solve.

SM: Linda Howard’s Mr. Perfect is a fabulous start to the Romantic Suspense genre. It begins with four friends making a list of what it takes to make “Mr. Perfect” which becomes an overnight laugh for hundreds… until one of them is murdered, and the heroine and her police detective neighbor have to race to uncover the killer before more die.

JN: !!!!! That sounds insane (in the good way). And for people who like their fiction funny?

SM: Well you can’t go wrong with Susan Elizabeth Phillips for funny, but I’ve already recommended her… so I’m going to offer Kristan Higgins, who is one of my very favorite contemporary romance authors these days. Her books are smart and clever and her heroines are hilarious.

My favorite is Too Good to Be True, which follows the disastrous plan of Grace Emerson, whose baby sister starts dating her ex-fiance, requiring Grace to do something utterly stupid that any one of us would do — she makes up a fake boyfriend. But when she needs to prove his existence, she enlists the help of her hot new neighbor, who thinks she’s insane. Which maybe she is a little. But in a good way. There’s a hilarious dog and a series of Civil War reenactors in this one that will keep you laughing until you fall over.

JN: And maybe something for readers who are into epic fantasy or the paranormal?

SM: I always suggest that people start paranormal series at the beginnings. Usually I suggest JR Ward’s Dark Lover (the first in her Black Dagger Brotherhood series about vampires in upstate New York who are working to save the world), but I’m currently hooked on Nalini Singh’s Psy-Changeling series. Singh’s books are set in a world where emotion is outlawed — which makes love particularly challenging. In the first book, Slave to Sensation, the heroine has spent most of her life hiding the fact that she can still feel, and the hero is a Changeling, who needs to feed on emotion to live. It’s pretty darn sexy.

JN: And one last question on behalf of your fans: what comes after Rule of Scoundrels? (Even though it’s not actually over yet, I just can see the end in sight and that makes me nervous!)

SM: Well, I’ve still got one more Scoundrels book left — Chase’s story — which (assuming I figure out the whole motherhood/writing balance) will be out in late 2014. After that, I’ve got a new idea cooking — something that’s linked by female friends in the early 1800s in London. I’ve had so much fun writing the Scoundrels (four men connected by the casino they all own) but I’d like to write some girly scenes every now and then, too!

Signed copies of her newest book, No Good Duke Goes Unpunished, are available for preorder, with a special gift for the first 500 orders. You can get monthly romance recommendations from Sarah by signing up for the WORDs of Love Romance of the Month club. She’ll also be interviewed on BookTalk Nation on November 14 at 7 p.m.

Still curious? Get Sarah’s take on the 50 Shades of Grey phenomenon and book-shaming here.