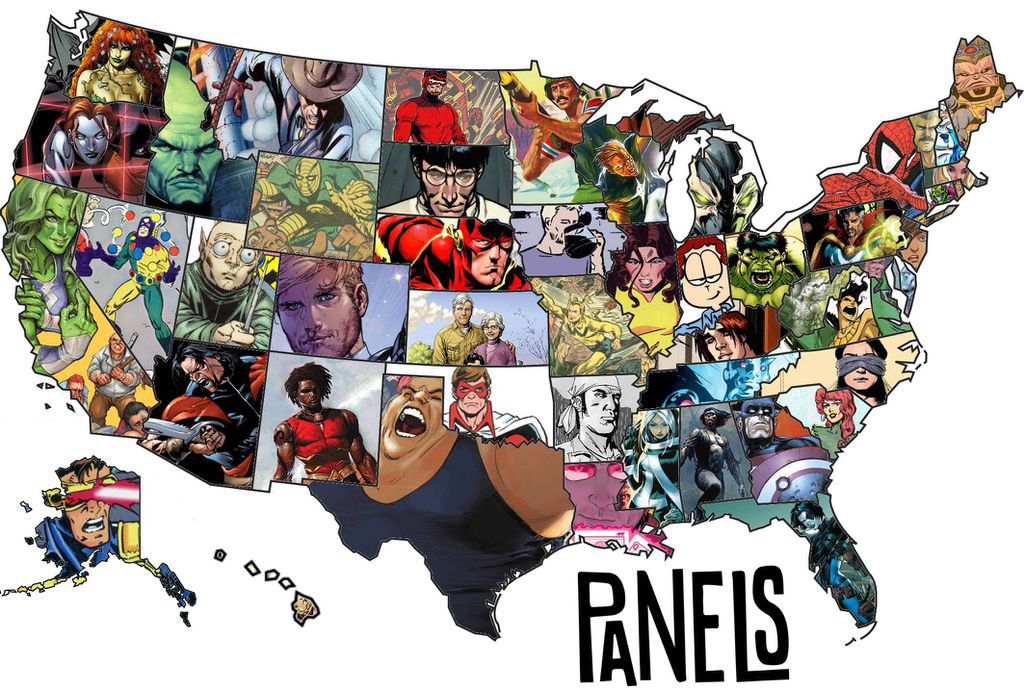 Reading comics, you’ll note that the vast majority of characters hail from a couple of cities, be they real (Marvel, mostly) or fictional (DC’s marquee metropolises). However, close readers will also note that there are more than a few seemingly throwaway references to home cities and birthplaces throughout the US. With thousands of potential home towns for heroes and villains, I had to find out; can every state claim a character as their own?

As it turns out? Totally.

Here you have it, folks. A character from every state in the union. In most cases, I tried to pick the best-known character from each state, but in a few pickings were admittedly slim. It also leans pretty heavily on Marvel – hey, those 50-State Initiative and mutant books pull from everywhere, but wherever I had the option I erred on the side of greater variety.

So, who’s your hometown hero? Any I missed or, heaven forbid, got wrong?

* – A few years ago, a one-shot retconned MODOK’s origin from Bangor, ME to Erie, PA. However, MODOK will always be a Mainer in my heart. For what it’s worth, Marvel’s The Druid and Controller are both also from Maine.

** – While it’s not stated anywhere that Blue Ear is from New Hampshire, the story of this hero – created to inspire hearing-impaired child Anthony Smith – is just too good to pass over. Plus. the only other “fictional” character I could find from NH was two different incarnations of the 14th President.