My first exposure to Carlos Fuentes was his role as the host of a video series called The Buried Mirror: Reflections on Spain and the New World (there is a book, too). The title refers, specifically, to the mirror that is hanging on the wall in Diego Velasquez’s famous painting “Las meninas” and, more generally, to how the mirror is used as a symbol in both Spanish and Mexican art and literature. It had a personal significance, as well:

“I remember the fright I had the first time I looked into a mirror and saw myself–this was sometime in my childhood,” says Fuentes. “I remember that fright so much, and the immediate realization that I could not see myself and that I could only be seen by others. Without the gaze of the other I would be nothing, I would be a prisoner within my own skin. The mirror from very early childhood in my imagination became a very powerful symbol for exactly the kind of communication I’ve always wanted.

Fuentes was acutely aware of his audience, and he took them into consideration with every move he made, both politically and artistically. It is that awareness that contributed to his popularity as a writer in his native Mexico, as well as abroad. He, like his contemporary  Octavio Paz, was greatly concerned with the search for identity. It is a search that has consumed Mexico and its people since the Spanish first arrived on their shores, and it will continue to do so long into the future.

Fuentes devoted much of his writing to helping Mexicans see themselves through the characters he created. He provides his readers with a mirror, and, in his role as an author, he has the privilege of being on both sides of the reflection. Here are just two of Fuentes’ novels in which the question of identity is central part of the story: 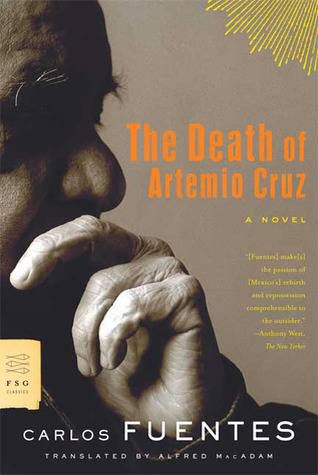 The Death of Artemio Cruz

Artemio Cruz is in his death bed. He is left unable to communicate, unable to interact with the outside world, though the reader is never sure exactly why. He is surrounded by his family, but they are not there to mourn the passing of a beloved relative. They hate him, and he hates them, too. He is rich, though, and that counts for something. Before he is even dead, they are wondering about the location of his will. As he thinks back over the events that shaped the man that he is now, he remembers the Revolution, filled with acts of both bravery and betrayal.  He remembers the one woman he truly loved and who, though she had been his captive, truly loves him. He remembers the son that, perhaps, tried to live up to his father’s reputation for bravery by fighting, and dying, in the Spanish Civil War. He spends his last moments trying to make sense of his own history and how it led him to this moment. For Cruz, it is not a pleasant journey. 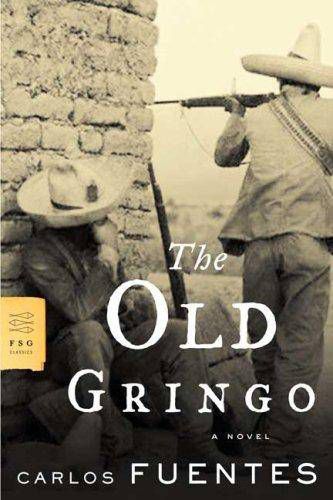 No one really knows what happened to American author Ambrose Bierce. Legend has it that he wanted to leave his life here, ruined as it was, and, so, he slipped south of the border and disappeared. The Old Gringo builds on that legend, telling the story of a man that bears more than a passing resemblance to Bierce. The Gringo finds his way across the border and runs into Pancho Villa’s army. He spends some time on the recently liberated Miranda estate, where General Arroyo and his men have set-up shop. There, he also meets an American woman, Harriet Winslow, who had been hired as the tutor for the Miranda children.   The three characters struggle to figure out who they are and what part they are to play in the Revolution that is going on around them. The identities they have clung to prove to be false but finding new ones does not prove an easy task.

These two novels, in particular, along with his opus Terra Nostra, made a tremendous impact on Mexican literature. They are also among his most well-received books in translation, with The Old Gringo earning the distinction of being the first book written by a Mexican to be a bestseller in the United States. Fuentes was also widely respected for his work to promote social justice in Mexico and abroad. Though he spent much of his life outside of Mexico’s borders, he felt great love for his country, and he never stopped working to make it a better place. His contributions to the Mexican cultural tradition will not be forgotten.

I do not know if Fuentes ever felt complete, but I do know that we will always privilege him, and his work, with our gaze.