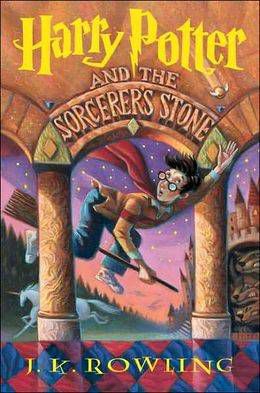 This post is tangentially about an accident I had with a power tool. It’s not at all graphic, but if you’re super-squeamish, consider yourself warned.

When I was 16 and in my junior year of high school, I sliced my thigh open with a circular saw during set construction for our theater department’s production of Titanic: The Musical. I was- no joke- cutting “legs,” the two-by-fours that held up the platforms the actors would stand on. Fifty-three stitches and one hella-impressive scar later, I have just a few flashback memories of the drug-addled 48 hours after my recovery: holding the phone upside down while answering it, asking a friend to get my cigarettes out of my glove box before my parents picked my car up from the school parking lot, and skipping Harry Potter.

My friends came through impressively, invading first the emergency room lobby in all their theater-kid-sorta-punk glory and, later, my house (without my parents’ permission), surrounding me on my bed and bringing me snacks. One friend in particular brought me a pile of books, singling Harry Potter out specifically as “a really great story about a kid who finds out he’s secretly a wizard and talks to snakes, which you’ll appreciate.” I tossed it on my desk to languish with the rest of the books he brought me- I was both too drugged up to read and too much of a snob to take book recommendations. ESPECIALLY recommendations for a KID book. If I’m reading YA (a term that didn’t exist when I was in high school, but a genre we could still identify), it was going to be YA about people my age cursing and drinking and making bad decisions.

About two years later I had gone off to college and drove by a Barnes & Noble late one night to see people in costume lined up outside waiting for the release of a book in a series I’d never heard of. It took some persistent Googling to find out that it was the next Harry Potter book, and then it occurred to me: I refused to read that book when I’d had my accident. And now these people are four books in and I can’t just JUMP IN IN THE MIDDLE and I’ve missed it. I have missed a cultural phenomenon, which this obviously is because I’ve never seen anyone stand in line at midnight for any book before, ever.

Then it spirals: I can’t watch the movies because I haven’t read the books. I can’t read the books because JKR is still writing them and I don’t start series if they’re not complete (I hate the waiting game), and also as a punishment to myself for being so snobby/drugged that I refused to read the first one when a kind friend offered it to me. I spent the next release date watching my coworkers at the steak house sneak-read while their tables waited for their food, then the two after as a medical receptionist watching the patients in the waiting room share the newest book with their kid, already halfway through a 700 page book that came out 12 hours ago.

I did eventually read all the books, though not until my late 20s and long after the books and movies were over and done with and millions of people my age had already defined themselves as the HP generation. It’s cheesy and a little dumb, but I’m a bit sad that I missed it all. I never learned how to fan-girl. I don’t stand in line for midnight releases of anything. I missed the age window where I would’ve appreciated Hermione cosplay.

So next time you see a bookish zeitgeist coming, remember to put the guard down on your power tools…and don’t assume you’re too cool to read whatever books your friends bring you while you’re recovering.