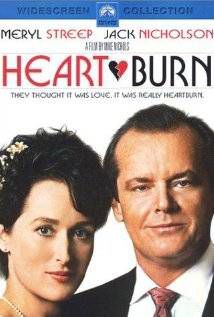 It’s official. The poster’s been leaked. Whether we like it or not, we’re getting a Captain Underpants movie from DreamWorks next year. I’m not entirely sure how I feel about this yet; adaptations have such a risk of going horribly wrong, and animated films based on beloved children’s books have more than a bit of a shaky track record. On the other hand, this is the golden age of superhero movies, and so what better time for a film about a wedgie-powered  hero whose own origin story is rooted in a loving parody of superhero comics? If there ever was a time for this movie, it’s probably now. But before I can tell you that story, I have to tell you this story.

I do remember it, even now, over fifteen years after reading my first Captain Underpants book. I actually met two of my closest friends on the first day of grad school when we were the only three people our writing class who recognized that familiar opening line. The Captain Underpants series is aimed at kids 7-10 years old, but I’m happy to report they still make for hilariously fun reading as an adult. They’re rude, irreverent, and clever in a way that seems to consistently charm children and alienate adults at the same time. Author/illustrator Dav Pilkey (who created the Captain Underpants character as a kid) doubles down by including just about everything that wholesome adults wouldn’t want their kids reading: comics, potty humor, pranks, intentionally misspelled words, kids disrespecting adult authority.

Pilkey must be thrilled with the reception the series has had: kids love it, adults are scandalized by it and try to keep it away from kids, which only makes kids want to read it even more. My 3rd grade classroom was lucky enough to have the first few books, but even then I got no support from adults in reading them. My teacher quickly tried to steer me away towards more acceptable silliness like Roald Dahl, and my mom was visibly startled years later when she discovered that I was a Pilkey fan.

The books, for the most part, are not actually comics; they’re early reader chapter books, with illustrations on every page and all of the dialogue in the text, not speech bubbles. Most of the comic book humor comes from protagonists George and Harold, who write and draw comics about a superhero named Captain Underpants and later inadvertently make him a reality when they hypnotize their mean principle Mr. Krupp into playing the role. Captain Underpants lovingly parodies superhero comics and Superman in particular (“Look up in the sky. It’s a bird.” “It’s a plane.” “It’s an egg salad sandwich.”), complete with hero who wears a cape, fights crime, and has a secret identity–even though that identity is so secret that he himself isn’t aware of it! Each book comes with at least one chapter consisting entirely of a homemade comic by George and Harold, chronicling the adventures of Captain Underpants as he fights for truth, justice, and all that is pre-shrunk and cottony. The boys’ initial idea for the superhero is also directly inspired by comics, when George observes, “Most superheroes look like they’re flying around in their underwear… Well, this guy actually is flying around in his underwear!”

Pilkey also uses the comic format at the beginning of the sequels to quickly explain Captain Underpants’ origin story before getting into the new adventure. Each book also features a “Flip-R-Rama” section of page-flipping, 2-frame animations powered by how fast the reader can flip a page back and forth. I was sad to find that the Flip-E-Rama sections don’t translate well into ebook format, despite extra instructions added in to accommodate for a variety of reading devices. Like so many things in life, it felt more like a wasted GIF opportunity.

This loss in translation is my main worry for the upcoming Captain Underpants movie. So much of the humor in the series’ initial premise relies heavily on comic tropes and comic books themselves.Will Captain Underpants make sense in a world where the reader doesn’t read George and Harold’s comics firsthand? Will action-packed climactic battles still be as funny when expanded beyond the boundaries of the Flip-E-Rama? We’ve seen countless successful superhero movies over the decade that prove the shift from comic book to live-action movie can be done very successfully. But comic illustration to CGI animation is a very different kind of medium shift, with far less guarantee of success–just look at the recent Peanuts or Tintin movies. Whether DreamWorks can pull off this wedgie-powered classic remains to be seen. But as long as it delights children, it’ll have achieved some measure of success. And we stuffy adults are just going to have to put up with it.