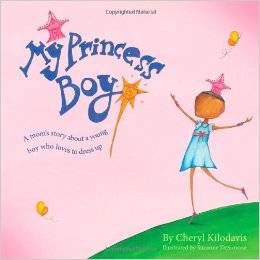 The first thing you should know about me is that I’m transgender.

Technically, I identify as non-binary trans femme. It’s a mouthful, I know. I’m not usually a person who likes to define herself simply by how she identifies. I don’t see myself as a collection of labels for my gender, my sexuality, my mental health or whatever. I define myself, generally, by what I do. Or, at least, I would like to. But for the purposes of what you’re about to read, knowing that I’m transgender, that I was assigned male at birth and now present as femme, is pretty important context.

The second thing you should know is that I’ve loved superheroes pretty much my entire life. Blame my dad. I was indoctrinated as a child by the wonders of the Saturday morning cartoons of the 90s featuring Batman, Spider-Man, Superman, and the Justice League. I didn’t start reading comics until I got my hands on the very first issue of “Ultimate Spider-Man” – the Bendis/Bagley run that took my experience with Sam Raimi’s Spider-Man that I would watch religiously on VHS and turned that into a lifelong obsession with comic books.

But for the longest time, comics were a pretty solitary hobby for me.

Because there were no comic book shops where I grew up (and still live), a small town nestled right between Edinburgh and Glasgow, I read most of my comics in collected form until 2011. I would research characters and what trade paperbacks to pick up first if I wanted to get into them. I’d arrange them on my shelf and create timelines for the characters and I’d never really talk to anyone about how much I loved it. My family knew, sure, because they were the ones buying me them, but no one at my school was into comics the way I was; this was way before Iron Man and The Dark Knight came out so the superhero movie hadn’t begun its second resurgence after the post-2004 slump.

Captain Marvel changed all that. I’d never really been into the character of Ms. Marvel, hadn’t encountered her much in my reading, but I knew people who were and when the announcement came that Carol Danvers was taking on the mantle of Captain Marvel and getting a new costume and haircut to boot, the excitement was infectious. I remember the lead-up to the first issue, finding new people online to gush about the character with. I remember seeing the first preview pages and knowing that this was a comic that was going to change my life.

I remember reading the first issue and crying over the words “We’ll get where we’re going, you and me… death and indignity, be damned… we’ll get there… and we will be the stars we were always meant to be.”

It was the spark I needed. The calling. I found a community, the Carol Corps. I found a hero who wasn’t afraid to use femininity as her strength. Who wasn’t afraid to be a woman and be headstrong or speak her mind and air her feelings openly. I wasn’t out yet and the idea of being trans hadn’t quite cross my mind. I knew something was up with me gender-wise, but this is a few years before I seriously started questioning.

I met Kelly Sue DeConnick for the first time at HeroesCon in 2013. I’d idly chatted with her a couple of times on tumblr and knew her mostly through my mutual friend at the time, Kit Cox, who went on to work with DeConnick as part of Milkfed Criminal Masterminds. As soon as Kelly Sue laid eyes on me, standing in her line trying not to look nervous as hell, she darted around her table to hug me and announce to the rest of the line that I was her friend. It was a transcendental experience to me. I’d never felt as accepted by anyone as I did right then.

Let me explain: being someone who presented male at the time, I was always worried about being part of the Carol Corps fan culture that surrounded Captain Marvel. It was focused on inclusivity, sure, and everyone was accepted, but I always worried about feeling like an imposter. Nowadays, I realise that it was the anxiety of a not-yet-out trans girl trying to fit into a safe space for women, waiting for someone to realise that I didn’t quite belong.

But that never happened. What happened was Kelly Sue signed my copy of the first trade paperback of Captain Marvel with the words “You are part of our tribe, one of the chosen people, punching holes in the sky.” Now, sure, at the time that was probably just a reference to the Carol Corps, but it meant so much more to me. It was acceptance. It was the feeling that I could be feminine, that I could be strong in the way Carol was, and be accepted.

For a while, when I was changing my name and hadn’t settled on what I wanted to pick, I went by Whizbang instead of my birth name. It’s what the W. in my name stands for and it came from a joke in Captain Marvel #7 where Monica Rambeau calls Carol ‘Captain Whizbang’. On my right arm, I have a tattoo of Carol’s Hala Star symbol in a band around my upper arm.

Captain Marvel will always be a part of me. It changed my life entirely. It helped me accept who I was supposed to be.

It helped me be the star I was always meant to be. And I’ve always wanted to just thank Kelly Sue and everyone involved in Carol becoming Captain Marvel for changing my life.