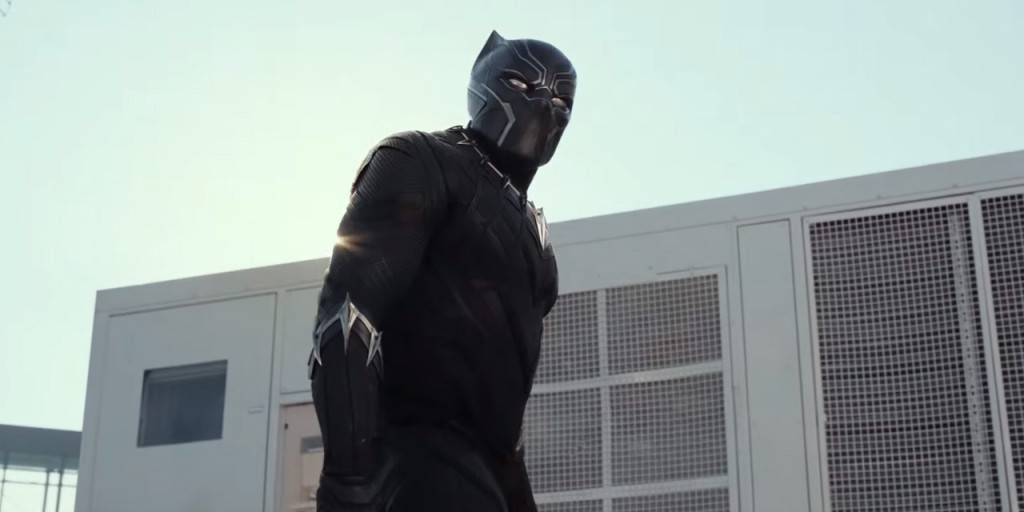 I like how Marvel feels they can just drop trailers whenever they want now. I was closing up at work last night when my co-worker ran up to me, threw his phone in my face and said, “THE CIVIL WAR TRAILER IS UP.” It was glorious and packed full of Bucky and Captain America and Falcon and now I’m going to break it down (with some gifs too, click ’em).

Alright, so first we see Bucky with his metal arm caught in a machine I’m assuming he wants to use to destroy it. This scene was also the mid-credit scene in Ant-Man, yet he’s not mentioned, but that’s cool. Cap and Falcon have tracked him here (Bucky’s been running since the end of Winter Soldier) somewhere in South America since we see a “Farmacia” sign 50 seconds later in the trailer and Bucky is getting his memory back. So first, all we know is that Cap has found Bucky and is going to protect him from all the terrible people trying to kill him. Best friends.

Then we move on to the Sokovia Accords which, in the comics, is the catalyst for Civil War. What’s crazy is that we get the Incredible Hulk‘s General Ross in there talking to Cap and Black Widow. Totally forgot about him, but could we be seeing a Red Hulk sometime in the future? Maybe in a solo Hulk movie? Thunderbolt Ross, baby.

Bucky is going to be the reason the Sokovia Accords went down, and the first “vigilante” that the Government wants to bring in and most likely dismantle. Obviously, Cap can’t let that happen. That’s where Iron Man comes in talking about how heroes need more accountability and limitations and how the Accords are good measures, attempting to get Cap on the “right” side. Here’s the thing; I think Captain America would agree with Tony under any other circumstances if it weren’t for Bucky. Could Cap be blinded by his love for Bucky?

Now we get into the action. That Falcon twist kick had me hollering, I hope Falcon gets more to do this movie. Didn’t see a lot of Black Widow in this trailer though, makes me feel like she won’t have as strong of a role as she did in WS, which kind of sucks. We see a lot of preliminary fighting and then BLACK PANTHER.

How dope does Black Panther look? I was not expecting to see Black Panther so early on and so much of him. We get a shot of him standing, a shot of him kicking Bucky, a shot of him running from Captain America. Is there going to be some political and social commentary running throughout this movie? Count on it. I’m so excited for Black Panther. The MCU got a little larger, more diverse and whole lot cooler just with the three seconds Black Panther has in this trailer.

We get to see Cap’s team all ready to fight; Hawkeye, Falcon, Scarlet Witch, and Bucky (I’m sure Ant-Man is in that scene somewhere). Iron Man’s team seems to be a bit displaced with Black Widow, Black Panther, and War Machine. Vision is supposed to floating around somewhere too, but I didn’t see him.

Tony and Bucky definitely aren’t friends as shown by that crazy beatdown Iron Man takes at the end of the trailer that almost killed me. If that sequence was the only clip shown, you’d have me sold already for this movie.

All of this was amazing. We get some plot without giving away too much of the movie, but also showing us everything we didn’t even know we wanted to see.

The only person we didn’t see was Spider-Man, but I think that’s fine considering Spider-Man won’t be the focal point between between Cap and Tony like he was in the books. We see Martin Freeman at 1:21 for a micro second as they’re cleaning out equipment from Captain America’s facility (I’m guessing) so I assume he’ll be leading the way in enforcing the Accords. Also no Fury or Maria Hill? I bet we’ll see Maria Hill in there somewhere, just not sure where after how much they’ve adjusted from the actual comic (no complaining there).

Any thoughts the trailer or are you watching it for 12th time today?