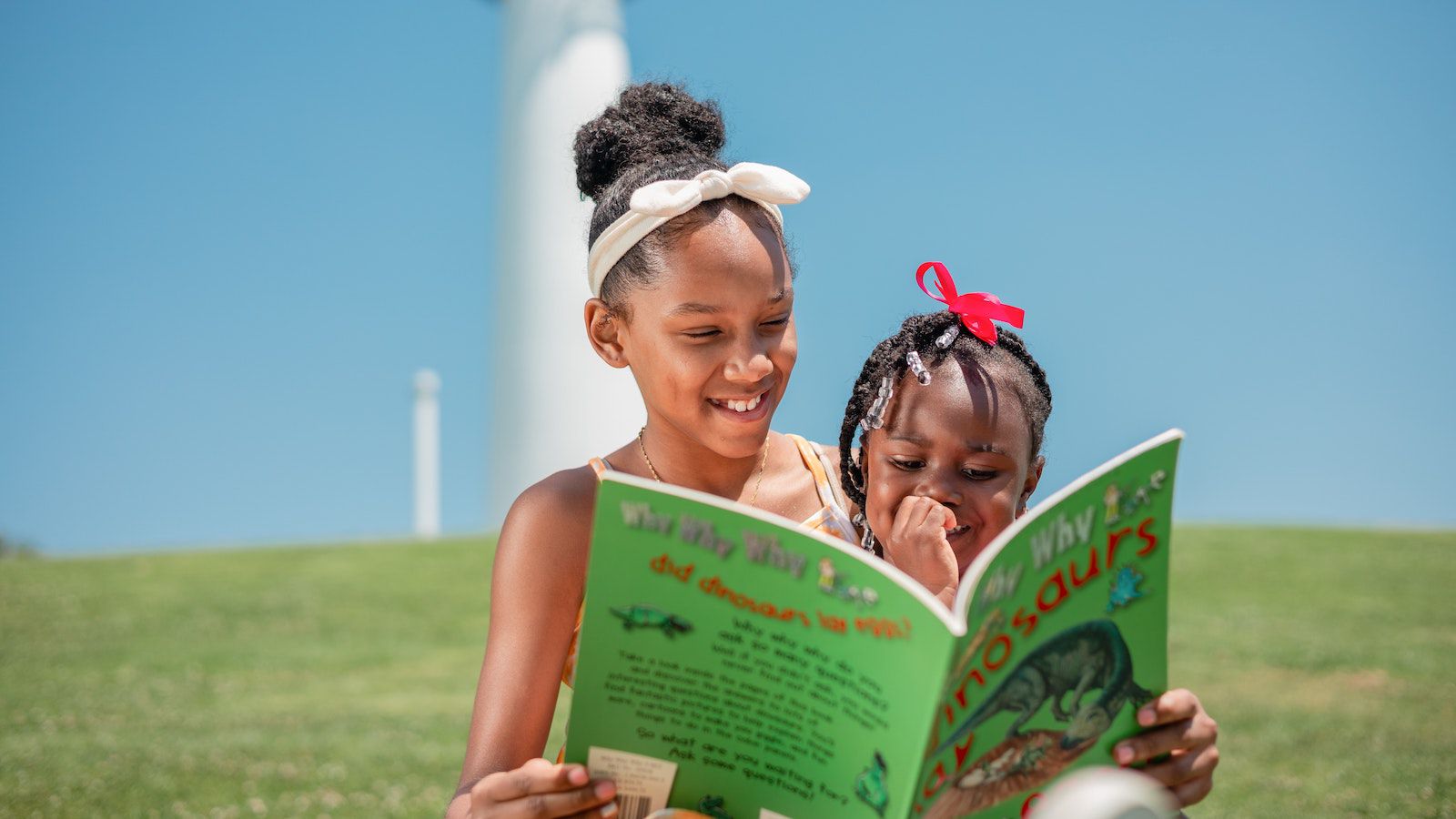 NEH and MENSA Reading Lists: A Canon for Today?

A fellow homeschooler posted about the Excellence in Reading program from Mensa For Kids, and it immediately caught my eye because my son and I read all the time. The program is open to all kids under 18. It’s a year-round challenge with reading lists, and if you complete it and send it in, you get a T-shirt. Who doesn’t love T-shirts? The lists are based on the National Endowment for the Humanities (NEH) Summertime Favorites and Nonfiction Favorites reading lists, but with some modifications.

When I heard about this, it felt like the closest thing to a potential canon, maybe because of the weight these two organizations carry.

According to the NEH website, the first Summertime Favorites list was published in 1988. The books on the list were chosen by an informal survey of 60 public and private schools across the U.S. (Oh, how I would like to know which schools and how diverse the list of schools was). Every book on the list had been published before 1960. The NEH website says this showed that the books “had stood the test of time of at least one generation.”

The website admits that the list was only updated occasionally after that, and the NEH asked the American Library Association (ALA) to reconsider the selections. The goal of the yearly lists was to “recommend children’s books that met the standard of ‘lasting value.’” They want to have a selection of books that kids will want to keep to read with their own children. NEH staff members read every proposed title, and on the website, they acknowledge that the effort will “grow and evolve” over time, and ask for suggestions via email. When you click on the lists, there is no citation as to when the list was last updated, so it’s not clear when the list last “evolved.” (At least, I did not see any).

The Nonfiction Favorites list came about because they realized the Summertime Favorites list was lacking in books that qualified as “informational texts.” So they looked at nonfiction awards lists and crowdsourced recommendations, as well as consulted with a panel of education and library science professionals. There’s also this sentence on the website: “After extensive review and consultation, we have put together a list of books covering many of the wide range of projects we have funded over the last half century.” What does this mean? Is this list chosen only from projects funded by the NEH? If so, wouldn’t this list be highly biased? For this list, the age range starts at age 5–8. I will say that this list is better than the Summertime Favorites one, with diverse subjects and authors.

I love a good reading list, so I was excited to see the Reading for Excellence list. My son is going into Kindergarten, so I looked at the K–3 reading list. While I was delighted to see Judy Blume, Chinua Achebe, Beverly Cleary, and Kate DiCamillo on the list, there were others that I was dismayed to see (Dr. Seuss and Laura Ingalls Wilder were the first ones that jumped out at me). But even more so was the fact that the list seemed sort of…stodgy. Sure, I understand that personal preference plays into this. Someone else might love Mike Mulligan and His Steam Shovel. I just couldn’t help but think there are so many new and wonderful books out right now that could more accurately reflect today’s world.

What about books like We Are Water Protectors, with Indigenous representation and the topic of the importance of water and social activism? Or Julián at the Wedding, with its joyful portrayals of love and gender expression? Or The Proudest Blue, about wearing hijab and being proud of who you are? Or last but not least, one of my personal favorites, I Talk Like a River, about stuttering and seeing new ways to reframe that which people see as different?

I emailed Mensa for Kids, asking why certain books were still on the list, like Little House on the Prairie, when it has disparaging comments and stereotypes about Indigenous people and people of color. It’s perhaps the most obvious example — this could easily be swapped out with Louise Erdrich’s The Birchbark House. We could also have plenty of discussion about Dr. Seuss, who is also on the list, as well as Curious George. (It’s not the happy story you think you remember — and good luck trying to explain to your young child why George is smoking a pipe at one point). Pippi Longstocking is also included, and it’s worth noting that the book has been called out for having racist stereotypes.

The reply from one of the managers of the Gifted Youth Programs was that they “also recognize the list is not as inclusive as it could be. That is why we have worked through the list and started adding more diverse titles…” I was told that they welcome suggestions on updates for the book lists, and so I responded with some of my favorites. (I will say the list includes the book William’s Doll, by Charlotte Zolotow, which was one of the first children’s books to address gender stereotypes — but I think there are better and more inclusive books to do so). I didn’t get a reply. When I subsequently emailed to let them know I was working on this article and had questions about specific, actionable things they’re doing to ensure their lists are diversified and how they might see this reading program changing as time progresses, I again did not get a reply.

I liked the NEH’s Nonfiction Favorites, but as mentioned previously, their Summertime Favorites list left a lot to be desired. The website asks: “Are there enough that appeal to both girls and boys? Are some works no longer classic but just old?” Books are books — I would urge the NEH to step away from the binary thinking of “girl books” and “boy books.” And yes, there are plenty that are “just old.” (I will give them credit for putting The Birchbark House on their list, although they did also put Little House. Perhaps they hope that parents will use this to discuss the two books together, but how many families will do that? Given that the NEH listed both, it’s even more interesting that Mensa only chose Little House).

In response to their statement that asked readers to email them with feedback, I did. I explained that I was working on this article and I asked how they determine “lasting value” of a book and what steps they take to ensure these lists are diverse and inclusive. I got a form reply that directed me to a new email address — different than the one on their website, since they aren’t checking that email anymore — and never got a reply after I sent an email to the new address.

In the end, does it really matter if there is a children’s canon? I’m not sure. For me personally, no. I don’t choose my son’s books or the books we read together solely from academic or recommended reading lists. My interest was piqued when I heard about these lists because I wanted a fun activity for us to do. I don’t consider the “classics” to be the only books of value. I don’t treat lists like these as gospel. But many people do. Parents who want guidance and don’t know where to start might adhere to certain lists of “acceptable” books and miss out on other great stories. Children might not see themselves represented much — or at all — in certain recommended reading lists. There are homeschool approaches and educational styles that deride “twaddle,” or what they see as trivial books. Parents and teachers who adhere strictly to these may never stray from highly publicized and accepted lists like these.

I would love to see these lists updated yearly, with mainstays of the lists alongside books that reflect current topics and new and recent books that have made an impression on the larger community. I wonder what would happen if the NEH surveyed 60 different schools today, from a wide range of communities, about “summertime favorites.” That’s a list I’d love to see, compared to the original list and the current lists on their website.

I think many people have an idea of the children’s classics from their own childhood and what’s considered “enriching” for their own children. Maybe the real question is whether our own personal understanding of a possible children’s canon should evolve and be a constant work in progress. After all, language, writing, and ideas evolve. Childhood evolves; childhood today is not the childhood of 50–60 years ago. It’s not even the childhood I had 30–35 years ago. We change and evolve. Shouldn’t the canon evolve, as well?

If you want to diversify your kids’ reading, try children’s books about diversity that celebrate our differences and question the suffocating homogeneity of bestselling children’s books.