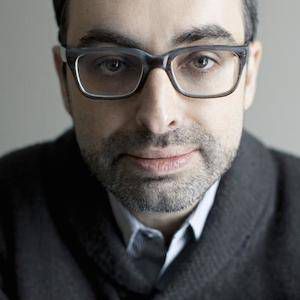 I can’t believe Gary Shteyngart resigned from book blurbing and I didn’t know about it until, like, just now. I feel so behind the times, I might as well take a time machine to the distant past and go live among the horse-drawn buggies and dinosaurs where I belong.

We all know what book blurbs are, right? It’s that one or two sentences on the front/back/inside cover where other authors say nice things about the author/book you’re about to read. The idea is you’re supposed to go “Oh! John Doe liked this book? I LOVE John Doe’s books! So if John Doe liked this book, I’ll probably like this book too. Credit card, to the cash register!”

The not-so-secret secret about blurbs in publishing is that blurbs are usually a little less about a famous author singing the praises of a debut author out of the goodness of her heart and a little more about those two authors sharing the same agent or editor, the debut author being a former student/next-door neighbor/babysitting charge of the famous author, the list goes on. I know, I’m sorry, it’s no fun when the magic trick is revealed, we all really want to believe that the rabbit just magically apparated into the top hat, but there’s actually a secret compartment, sorry dudes.

So Gary Shteyngart is a blurber. And not just any blurber. He rules on high as Grandmaster Blurber. According to Shteyngart, he has blurbed 150 books over the last 10 years. Which is incredibly generous of him. It’s a risk, putting your name on an untested piece, saying you’ll stand behind a book before the critics and masses weigh in. That takes guts and balls and is an act of courage that is to be commended.

On the other hand (and isn’t there ALWAYS another hand), 150 books is a lot of books to be madly in love with, even over the span of a decade. If we roughly estimate 15 books a year, or a book a month you love, every once in a while two, that’s far from an impossible number of books to REALLY like, especially if you’re being super thoughtful in your selection. But it’s a lot of books to slap your name on and take a strong stand on. It’s hard to perform praise pyrotechnics for that many novels without diluting the value of your praise. So I get why you wouldn’t want your good word (and good name) to be watered down. I get why you would want your praise to mean as much as it can mean. So I get why Shteyngart recently told the world via open letter to the New Yorker “It is with deep sadness that I announce that the volume of requests has exceeded my abilities, and I will be throwing my “blurbing pen” into the Hudson River during a future ceremony, time and place to be determined.”

That’s kind of where I want the story to end. Except that’s not where the story ends. Shteyngart goes onto say that he actually WILL still be blurbing books (But you just said… but your blurbing pen… the Hudson River… wait, what?) but he will now only blurb for  ” all former, present, and future students of mine at Columbia University; authors of my Random House editor, David Ebershoff; authors of my agent, Denise Shannon; my B.F.F.s…” then he lists some stop-it-hurts-so-quirky extra qualifications, you can go on the New Yorker’s website to read the letter in full.

So basically what he’s saying is he will blurb for anyone he has a reasonable personal obligation to. Again, on the one hand at least he’s being transparent. On the other hand (I swear to God there is ALWAYS another hand), having a personal obligation to someone isn’t the same thing as loving the book they have written. I totally get the “not enough hours in the day to do favors for random strangers” argument. But then is that what Shteyngart is saying blurbs are? Favors for friends as opposed to praise for books that sometimes happened to be written by friends? I think that’s what he’s saying. And I think that’s basically how the publishing industry treats blurbs, handshakes and favors, as opposed to what blurbs purport to be, genuine praise.

So what have we learned from Gary Shteyngart retiring from blurbing? I mean I don’t want to just say “Blurbing is bullshit” because I don’t want that to be the case, I want to believe that famous authors fall in love with less famous authors so hard they want to sing their praises from the mountaintops because that’s what I want to do when I discover less famous (or not at all famous) authors! So let’s give blurbing authors the benefit of the doubt and leave it at “Blurbing is mostly bullshit even though we really, really, really don’t want it to be.”

How do you guys feel about blurbing? Do you just not care at all (I’m working on getting there, but it’s hard)? And will we miss Shteyngart’s 15 or so blurbs a year? And didn’t seem like a lot, lot more? With Shteyngart, I would have guessed, like 150 blurbs a year. Seriously, go look at your bookshelf, 9 out of 10 of your books have a Gary blurb and the one that doesn’t is like Proust or the Bible.