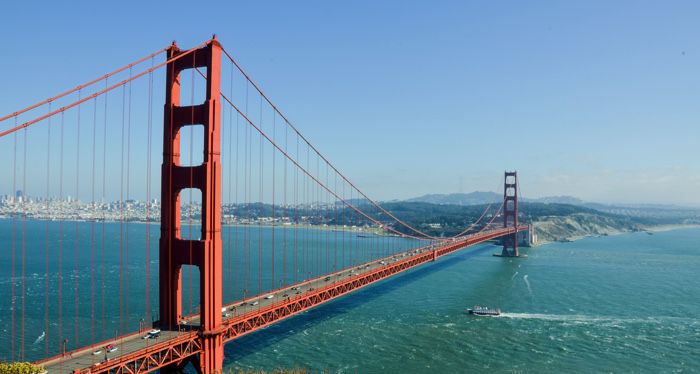 Growing up in California, I remember always being proud of my home state. I never questioned its status as the Golden State and had absolutely no qualms about its mountains, valleys, beaches, and sunshine. It’s a beautiful landscape that’s rich in resources as well as cultures that are beautifully exemplified in these California history books.

Home to the Hollywood dream machine, California is also present in the U.S. American imaginary in a very unusual way: films ranging from sci-fi epics such as The Planet of the Apes to blockbuster hits like the Back to the Future films all feature California in the background. Whether it’s an alien landscape, a western frontier, or a cosmopolitan city, California is splashed all over the silver screen. Embarrassingly, it wasn’t until my mid-20s when I moved out of state for several years that I realized the backdrop of foliage and terrain in so many movies was the logistical result of the L.A. being the industry’s hub.

California is, of course, far greater than Hollywood. Books like John Mack Faragher’s California: An American History and Malcolm Harris’s Palo Alto: A History of California, Capitalism, and the World are interesting for the ways they use various aspects of California’s history to extrapolate larger histories of the United States and beyond.

Look, it’s easy to love a place that’s so full of beauty and diversity — both human and environmental. But as as Deborah Miranda lays bare in her genre-defying book Bad Indians: A Tribal Memoir, the whitewashed version of California history in wide circulation during my childhood glossed over settler colonial histories in egregious ways.

Thankfully, there are so many amazing California history books out there that delve into the many dynamic facets of the Golden State’s history. Here’s a list of some of those titles. 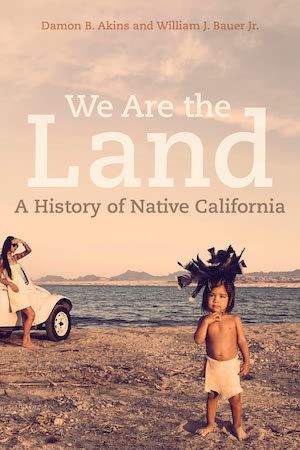 We Are the Land: A History of Native California by Damon B. Akins and William J. Bauer Jr.

What better place to start a list of California history books than with one that begins before what we think of as “California” even existed? (None. There is no better place.) We Are the Land foregrounds Indigeneity in California — a state in which genocidal narratives operate to complete the work of actual genocide in effectively scrubbing any Native American presence from the story of California. The book offers a resounding refusal of this erasure, instead offering a comprehensive history of Native California that encompasses past and present to underscore the continual presence and centrality of Indigenous peoples throughout settler colonization, missionization, statehood, and the present. 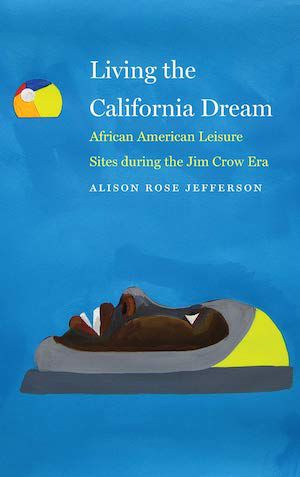 The space California occupies in the national imagination is often at odds with racism, which is all the more reason to read Jefferson’s book. Focusing on Black Americans in Southern California from 1910 to 1960, Living the California Dream asks important questions about the ways public leisure spaces functioned as sites in which African Americans pushed against racial hierarchies. The book posits that the visibility of leisure in such spaces offered Black communities a means of disrupting the status quo during the Jim Crow era, framing recreation in a brilliant new light. If you find this book interesting, you might also want to take a peek at Lynn M. Hudson’s West of Jim Crow: The Fight Against California’s Color Line. 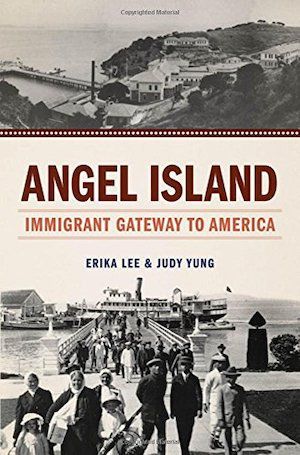 The first half of the 20th century was characterized by intense nationalist sentiment and policymaking, much of which manifested itself in (among other things) exclusionary immigration laws for Asians. Angel Island delves into a comprehensive history of the experiences of the diverse body of Asian immigrants who were detained prior to reaching, excluded from, or granted entry to the country through this immigration station. It was highly relevant when it came out in 2010 to mark the centennial of Angel Island, and is perhaps even more relevant today given the renewed vigor of anti-Asian hate in the current moment. 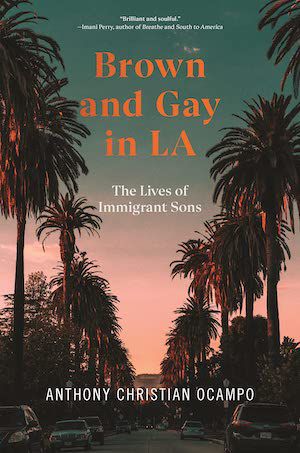 Brown and Gay in LA: The Lives of Immigrant Sons by Anthony Christian Ocampo

Ocampo’s engaging exploration of masculinity, heterosexism, and race offers an important look at the tensions that attend second-generation immigrant men’s experiences of queerness. Navigating the pressures placed upon them by the older generation, the men included in this study are celebrated for their strength and the community they build together. At the heart of the book is a questioning of the concept of Americanness in the face of difference — whether racial or sexual. If you enjoy Brown and Gay in LA, you’ll probably also want to read Lillian Faderman and Stuart Timmons’s Gay L.A.: A History of Sexual Outlaws, Power Politics, and Lipstick Lesbians. 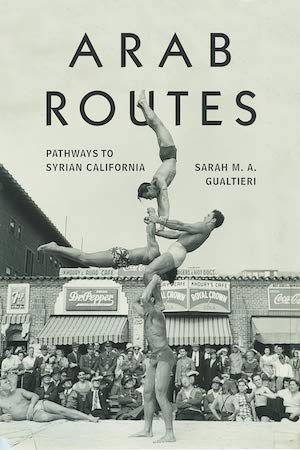 Gualtiere’s book is powerful in many ways, not the least for how it firmly inscribes Arabs into the U.S. American — specifically, Californian — landscape, thereby defying dominant narratives that portray Arabs as inherently Other. Tracing immigration pathways that often result in Syrian immigrants entering the U.S. through its southern border, Arab Routes tells a comprehensive history of Southern California. Perhaps most interesting is Gualtieri’s discussion of histories of solidarity, both across the U.S.-Mexico border and across racial and ethnic lines, and the implications of such histories for the present day. 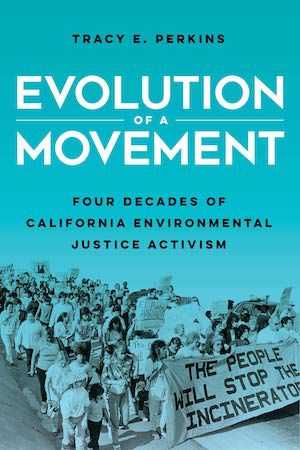 Just as California is often imagined in terms of its progressive stance on racism, so does it tend to be imagined as equally progressive in terms of its environmental policies. Evolution of a Movement takes a hard look at the work environmental justice activists have been doing since the 1980s, thereby removing the rose-colored glasses to provide a more realistic aspect of environmental justice organizing. Perkins compiles over a hundred interviews with activists throughout California in order to expose the evolving political and activistic landscape in which environmental justice activism occurs. Since there’s a strong chance that reading this book will also lead you to seek out books that look at California’s natural history, you might also want to consider Allan Schoenherr’s A Natural History of California or Obi Kaufmann’s stunningly illustrated The California Field Atlas. 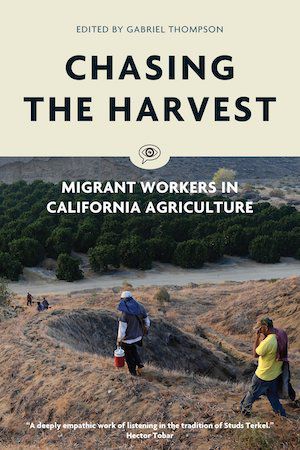 All too often, it seems that people want to focus on California’s coastlines or its cosmopolitan cities; Chasing the Harvest looks instead to California’s fields and the people who work them. It’s an oral history in the vein of Studs Terkel‘s work. Presenting the oral histories of migrant farm workers in California, Thompson’s book showcases a diverse array of experiences in the agricultural fields that produce so much of the U.S.’s crops. It’s essential reading for understanding histories and contemporary realities of agricultural labor — and the exploitation of agricultural laborers — in California. 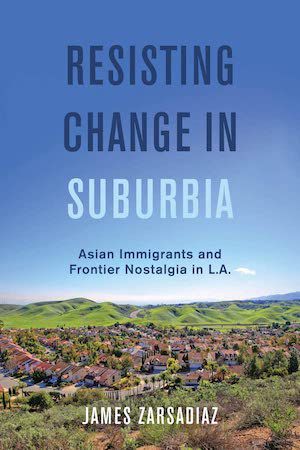 What do concepts of the American West, American dream, and oppressive HOAs have in common? For Zarsadiaz in this insightful history of Asian assimilation in L.A., the answer is suburbia. Odd as that may sound, this look at the last decades of the 20th century and manifestations of the “model minority” myth in suburbia is a very compelling take on race, power, and privilege. I’ve never been asked to think about the model minority mythos in this way and I have to admit it leaves me with plenty to mull over. 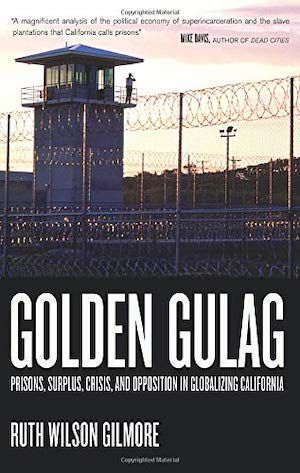 Michelle Alexander’s book The New Jim Crow: Mass Incarceration in the Age of Colorblindness rose swiftly to critical acclaim upon its publication in 2010 for its critique of how the U.S. American prison system disproportionately targets Black Americans in a manner that functions as an extension of Jim Crow racist discrimination. Golden Gulag was published the same year and details the astounding rise in rates of incarceration in California that began during the Reagan administration. Tracking economic and labor histories, Gilmore unflinchingly examines the systemic racism and related dynamics to consider the implications of the California prison system for not only the so-called Golden State, but also the rest of the U.S. and even the globe. 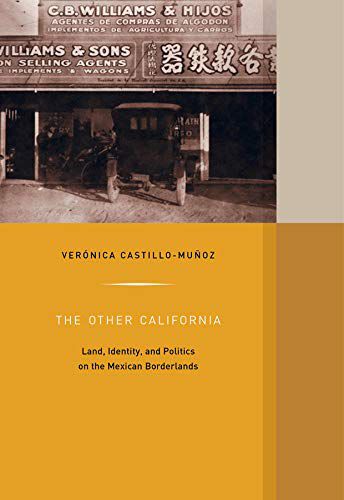 The Other California: Land, Identity, and Politics on the Mexican Borderlands by Verónica Castillo-Muñoz

Okay, so The Other California focuses on Baja California…but given the histories that led to the formation of California as part of the United States, I figured it made sense to problematize my own paradigm and offer a text that traverses settler colonial borders. With that in mind, Castillo-Muñoz’s book covers over 100 years from the mid-19th to the mid-20th centuries. It looks at influential international dynamics that shaped the borderlands of Baja California. Also worth checking out is Frank P. Barajas’s Mexican Americans with Moxie: A Transgenerational History of El Movimiento Chicano in Ventura County, California, 1945–1975.

Want more books focusing on the Golden State? Peruse this list of 100 must-read titles of all genres about California. If you’re feeling those L.A. vibes, consider this extensive list of books set in or about the City of Angels or this list of YA novels set in L.A.