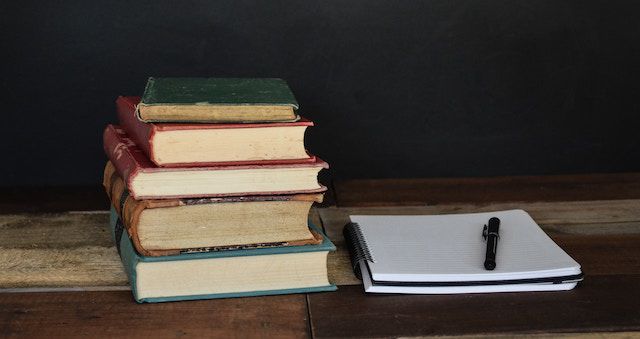 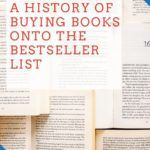 In November, Donald Trump Jr.’s Triggered hit number one on the New York Times bestsellers list—with an asterisk. Or more accurately, a dagger (†). This is the first time many people noticed this dagger and learned that it means the NYT believes the book has made it onto the list with the help of bulk purchases. It is, however, far from the first book to do this.

In fact, his father helped pioneer the practice among business people.

According to former Trump executive Jack O’Donnell in his 1991 book Trumped, the Trump organization purchased tens of thousands of copies of the Art of the Deal upon its release in 1987. They put copies of the book on pillows during turn-down service. He also pressured his executives to buy 4,000 or more copies of the book each.

Though Trump helped to bring the idea mainstream, he was following in some authors’ footsteps from a decade earlier. Some of the first books known to make the list with the help of bulk purchases were Jacqueline Susann’s 1966 Valley of the Dolls and Wayne Dyer’s 1976 Your Erroneous Zones. The list started in 1931, so there are probably authors who used this method we’ll never know about.

For those unaware of how bestseller lists work, here’s a primer. They each use different metrics and data sources, but the NYT is considered to be the most “curated,” with a secretive process. It is known that they poll a large selection of independent booksellers and major retailers. These are often called “reporting” bookstores. Those looking to game the system with bulk sales will only order from sources known or highly suspected to be reporting. The general wisdom is that you need to sell somewhere between 5,000 and 10,000 copies a week to make most of their lists.

The NYT list is usually seen as the most prestigious, with the Wall Street Journal’s list being highly respected in business circles. The USA Today list is broader, with no category breakdowns—just a simple list of the top 150 books that week in print and electronic formats. These are considered “easier” to hit than the NYT list.

You’ll most often seen folks touting an “Amazon bestseller” label, or sometimes they’ll simply say “bestseller.” Marketer Brent Underwood blew the lid off these claims with a charming experiment and article in 2016. I myself am a #1 Amazon bestseller in “Teen & Young Adult LGBT Fiction,” but I don’t advertise that.

In 1995, the New York Times introduced the dagger symbol to indicate a book that had benefited from a bulk purchase after authors Fred Wiersema and Michael Treacy allegedly spent a quarter of a million dollars on their own book. But that didn’t stop businessmen and politicians from doing the same.

Politicians like Sarah Palin, Herman Cain, and Joe Lieberman have used campaign funds to purchase their own books as donor thank-you gifts. In 2015, Ted Cruz got in a very public fight with the New York Times over their decision to not include him on the list at all, citing bulk purchases. Donald Trump’s campaign, again in 2016, spent $55,055 on purchasing his book Crippled America, which would have hit the list even without this purchase.

In 2015, Mitt Romney switched it up a bit, requiring hosts of his speaking gigs to make large purchases of his book No Apology in lieu of a speaking fee. As a bonus, many people applauded him for “speaking for free.”

Heads up, y’all: the bulk (conservative) daggers are back on the NYT print bestseller list. #8, 12, 13, and 14. Bulk orders, giving the false impression that these ideas are wider spread than they actually are.

In April 2018, bookseller Emily Pullen pointed out that four of the books on the nonfiction list, all by conservatives, had the telling little dagger next to them. A few weeks later, Pullen posted an image of a donation the library had received of Our 50-State Border Crisis sent directly from Barnes & Noble, theorizing this was all part of the scheme.

Many businessmen found an easier—but more expensive—route. In 2012, megachurch pastor Mark Driscoll and wife Grace hit #1 on the list with Real Marriage, but it was revealed in 2014 that he did so by paying ResultSource over 200k to make it happen. The resulting backlash caused the company to adopt a lower profile, even though they were very public about what they were doing before then. In 2013, Soren Kaplan spoke openly about hiring the firm to get his book Leapfrogging on the Wall Street Journal’s list. ResultSource had an endorsement from Zappos CEO Tony Hsieh and breakdown of their campaign for his book Delivering Happiness. In an article about the company, Forbes called it “essentially a laundering operation aimed at deceiving the book-buying public into believing a title is more in-demand than it is.” We may never know some of the “bestselling” books that used this service.

ResultSource was able to help these books make lists without that dagger symbol by carefully placing orders in a way to not trigger those bulk order alerts. Which is exactly how Lani Sarem of Handbook for Mortals infamy managed to hit the list with sales for books that may not have actually ever existed. After investigating the issue, the New York Times reissued the list without her book on it.

Why does any of this matter? There’s no denying the phrase “New York Times bestselling author” lends credibility and gravitas to people and to ideas. Many say it allows people in certain political circles to claim their ideas are more mainstream than they are in reality. There’s financial incentive, too. Hitting the list creates momentum and many of these books continued to stay on the bestseller list for weeks after their bulk buys. Booksellers know when a book hits a list, they will see more people coming in to purchase those books the following week. Lani Sarem was attempting to leverage the list into a movie deal.

And it also matters because only people who already have excessive assets are able to participate. You’ll never see one of these daggers next to a no-name middle- or lower-class writer. So it’s just another way that people of means can game the system in their favor, widening the gap between financial classes.