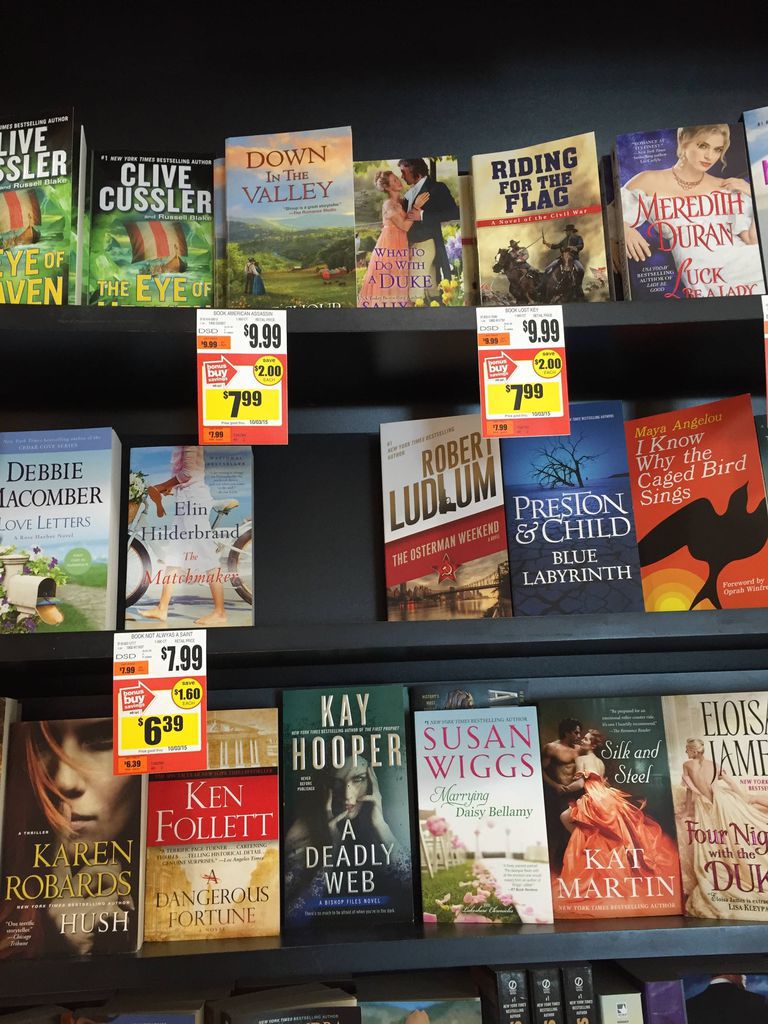 Recently I steered my shopping cart around the bend past the plastic cups and utensils aisle and saw a kindred spirit hovering in front of the books section. She could not have been more than 11 or 12, and she looked like I did in those early middle school years: bespeckled, a tad bit awkward, and prone to self-consciously double and triple checking for imaginary book bullies. When she picked up a novel with the same reverence and delicacy you expect from someone who worships the gods of Book, I knew she was one of us: people who are drawn to books like cats to catnip. With an almost supernatural sense of smell, we sniff out books in some of the unlikeliest places, like the grocery store. 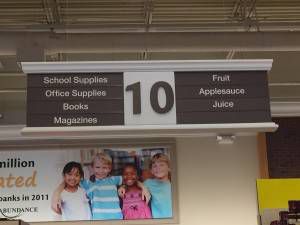 Grocery shopping is one of my favorite activities. Not unlike perusing a bookstore or library, grocery shopping embodies some of the same sensual experiences. The smell of fresh strawberries and blueberries drifts into your nose much like the smell of spines uncracked, yet-to-be-loved books emanates from the new releases section of any bookstore. Cereal boxes have as much visual appeal as book covers. And some ice cream pairs exceptionally well with some tearjerker novels. Who better to cheer me up after crying through the last few pages of The Fault in Our Stars than my good friends Ben and Jerry, Aisle 5? 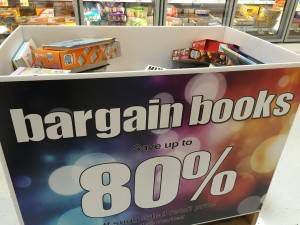 There is literary potential everywhere you look in a grocery store, and some of my favorite books I’ve read over the last five years have been impulse buys from otherwise unrelated shopping trips. Lured in by mass market paperback pricing, I’ve been introduced to some great gems at times when a $7.99 price tag was all I could afford to spend on a book.

Finding Kristan Higgins’ Just One of the Guys in fall 2012 was a pivotal moment in my dabbling in the romance genre. Although Higgins could perhaps be more specifically categorized as women’s fiction, Harlequin publishes many of her novels. I had arrived at the local GIANT store with the intention to get ingredients for weekday lunches and came out with a novel that helped bridge the gap between one of my favorite genres, women’s fiction, and one that I came to adopt as one of my own, romance. 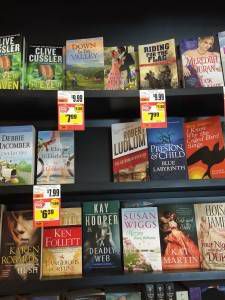 The grocery store’s books alcove, now with some rockbottom prices and great deals

Earlier in 2012, I had just moved into my first apartment and lived alone in a new county barely knowing anybody. The first day I was in my new place I went to GIANT and, along with groceries, added George R. R. Martin’s A Game of Thrones to the cart. Although I did not end up reading the book at that time, three years later I was glad I had my copy when I teared through the novel, excited for Season 5 of the HBO adaptation to air.

In November 2014 I was coming off the tail end of a grueling grad school class that had a bunch of required reading. While shopping for Thanksgiving Dinner ingredients (specifically, pecans for my maple bourbon pecan pie) I spotted Gillian Flynn’s Dark Places. Sometimes publishers will push out mass market paperback (or in this case, the “comfortable reading” larger size) if there is a movie tie-in, like the 2014 adaptation of Gone Girl. I devoured Dark Places in those days before Thanksgiving. It was bleak and depressing and matched my mood, but it was perfect. Given that my cat had just died suddenly, the engrossing narrative and twisty plot was a welcome distraction from the grief. It also reminded me about how much I loved psychological thrillers  with a stylized literary bent. 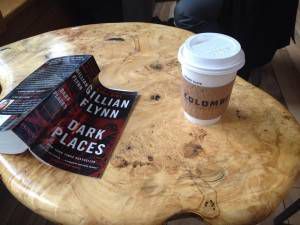 Reading Gillian Flynn’s Dark Places in the days before Thanksgiving

That same day I spotted the miniature version of me, I swung by the books section myself. There wasn’t much there for me then, but I was able to snag a comfortable sized paperback of Andy Weir’s The Martian and the mass market edition Mary Jo Putney’s Not Always A Saint, which had been on my watch list for months. A writer myself, I see endless inspiration in grocery stores, with the sleepy former Billboard hits offering a warbled soundtrack to eccentric customers just waiting to be characters in a novel. There are stories here, I think, both ones I will buy to read and ones I will write myself.