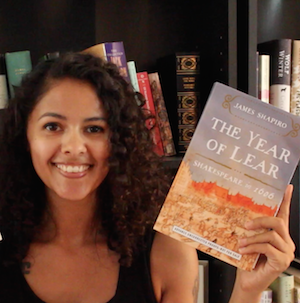 Blue Beetle: Rebirth dropped this week, bringing fan favorites Ted Kord and Jaime Reyes together for the first time. In honor of this momentous-to-me-personally occasion, Comixology is running a Blue Beetle sale through August 30th: 128 issues featuring at least one Beetle, only 99 cents each! As a professional Blue Beetleologist, I’m here to help you figure out what blue to get with your green.

Ted Kord is actually the second Blue Beetle – the first, his mentor Dan Garrett, was killed off long before DC acquired the rights to the franchise, and isn’t represented in this sale at all (and having read a lot of Dan Garrett comics, I can safely say you’re not missing much). Unlike Dan, who used a magic scarab to transform into Blue Beetle, the unpowered Ted has to reply on martial arts and his own brilliant scientific mind to fight crime. He’s basically Batman with a sense of humor and way less angst.

Though he debuted in 1966, Ted really came into his own in the 80s, as a member of the beloved Justice League International, a League comprised of big personality also-rans who spent as much time squabbling as they did fighting crime. Grab all six of these issues, which showcase Ted’s irreverent sense of humor and his first meeting with future best friend and debatably platonic life partner, Booster Gold. These issues feed directly into…

Don’t worry about the weird numbering and dates, just buy all 18 issues of this series on offer. (Protip: if it’s got Ted Kord and it’s written by Keith Giffen and J. M. DeMatteis, DO BUY. Well, unless it’s Justice League 3000 or 3001, which have proved disappointingly retrograde and transphobic.) They pick up right where Justice League left off, with the team careening through disastrous adventures in outer space, Soviet-allied fictional dictatorship Bialya, and Apokalips. After #24 the JLI breaks up into two branches, an American one and a European one. Ted ends up on…

For some reason Comixology only has a handful of random issues from this series, but definitely pick up #37-40. If you’re in love with the JLI and willing to spend a few more bucks, they also offer digital trades, some of which collect issues you can’t get individually. I particularly recommend Volume 6, which includes what’s probably the most famous JLI storyline, where Ted and Booster “borrow” the JLI treasury to start a casino on the island of Kooey Kooey Kooey, which predictably ends in disaster.

Formerly Known as the Justice League

In 2003, DC reunited the classic JLI creative team of Giffen, DeMatteis, and artist Kevin Maguire for a miniseries that likewise reunited some of the old JLI team members, many of whom had all but vanished from DC’s then-current roster. The result was a love letter to the old team, with our hapless heroes stumbling through one debacle after another – and underneath all the callbacks and “bwahahas,” the genuine heart that always made the JLI more than just a handful of yuks. (It’s not on Comixology, but if you can find it, the sequel miniseries I Can’t Believe It’s Not the Justice League will break your heart in the best way.)

In 2004, DC killed Ted off to kick of one of their many, many universe-shaking Events (™). A heartbroken Booster Gold became a Time Master in hopes of undoing the past and saving his best friend. Pretty much all 49 issues of this series are about Booster wallowing in missing Ted, but the issues Comixology’s put on sale (the correct reading order is #0, then 7-10, then 1000000, because comics are ludicrous) are Booster’s actual Hail Mary pass through the timeline and feature some real quality sadness. Highly recommended.

This is a bit of a dark horse rec, as Extreme Justice has long been a punchline, a go-to example of the most forgettable, grimace-y, overly pouchified trying-too-hard comics of the 90s – like, I’m pretty sure at least some of these had holofoil covers. And, well, it’s an accurate rep. However. If you’ve found yourself digging the at-times barely subtextual Ted/Booster ship, nowhere does it come closer to making the leap from subtext to text than here (except, arguably, the aforementioned 49 issues of widowed Booster tears). I’m here to help, folks.

Remember that magic scarab Ted’s predecessor used to fight crime? Well, after Ted’s death, the scarab turns up again, just in time to wind up attached to the spine of an El Paso-based teenager named Jaime Reyes. Oh, and it’s not magic – it’s an advance scout for an alien invasion. Can Jaime save the planet with the power of friendship??? OH BOY CAN HE.

If you buy only one series during this sale, make it this one. Jaime’s original series is brilliant: heartwarming and laugh-out-loud funny with a perfectly structured, action-packed storyline that leads to an immensely satisfying payoff. The art is fresh and youthful and kinetic, thanks to great work from artists like Cully Hamner and Rafael Albuquerque, and the immensely charming Jaime is surrounded by one of the most complex and lovable supporting casts in comics. If you’re tired of angsty antiheroes standing alone against an unforgiving world, you’ll love this story of a good kid who just wants to help, and the family and friends who love him.

Tragically, Jaime hasn’t had a vehicle worthy of him since this series was canceled – his New 52 run in 2011 is very skippable – but hopefully the Rebirth series will live up to Jaime’s potential. Add in Ted – no longer dead as of the 2011 reboot – as his science-savvy ally, and you’ve got a book I can’t wait to love. And hey, if they want to throw in Booster Gold too, I wouldn’t complain!