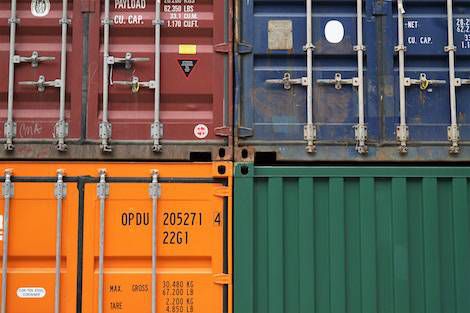 The Object Lessons series has a beautifully simple premise. Each book or essay centers on a specific object. This can be mundane (safety pin) or unexpected (female condom), humorous (chili dog) or politically timely (veil). Whatever the subject, these descriptions reveal the rich worlds hidden under the surface of things. 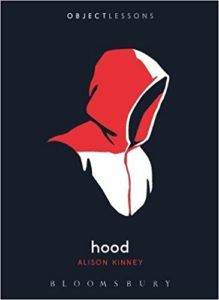 Hood is searing. It describes the historical properties of the hood, but focuses on this object’s modern-day connotations. Notably, it dissects the racial fear evoked by young black men in hoodies, as shown by the senseless killings of unarmed black males. It also touches on U.S. service members’ use of hoods to mock and torture prisoners at Abu Ghraib.

Verdict: Buy. Hoods can represent the (sometimes toxic) power of secret affiliations, from monks to Ku Klux Klan members. And clearly they can also be used by those in power to dehumanize others. In short, Hood does an excellent job of unspooling the many faces of hoods. 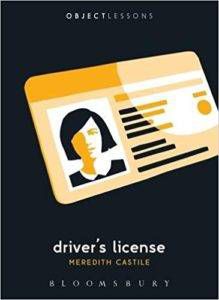 Driver’s License is almost two short books in one. One part contains several personal stories, which evoke the much-mythologized independence of American teenagers now free to drive themselves. The other part becomes, like Hood, a condemnation of racial injustice. This section describes the de facto disenfranchisement of minority groups in the U.S. It explains how this disenfranchisement – not only when it comes to voting, but also for accessing basic social services – depends on the bureaucratic mechanics of the driver’s license and other forms of ID. Being undocumented or unable to afford driving lessons are just two of the obstacles to exercising full citizenship, and Driver’s License takes some interesting left turns to arrive at this message.

Verdict: Buy. American culture so heavily fetishizes the car, yet the driver’s license is also hugely important to a sense of identity and possibility. 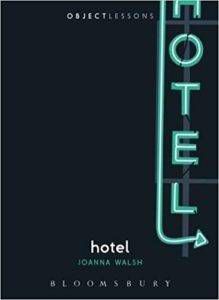 This book is a bit of an anomaly for the Object Lessons series. For one thing, some might argue that a hotel isn’t really an object. (However, other Object Lessons have covered phenomena like traffic or abstractions like silence). As well, Hotel doesn’t delve into the history of its subject. It mainly follows writer Joanna Walsh as she reviews different hotels and reflects on the end of her marriage. The book is haunting and meditative: more about moods than about facts.

Verdict: Bypass. The premise of Hotel is intriguing, but it’s tricky to use the Object Lessons format for this kind of memoir. 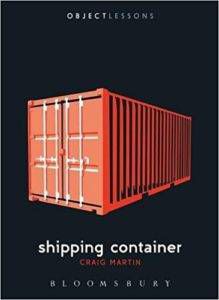 Anyone who’s seen Season 2 of The Wire knows that a shipping container can be a sinister thing. And anyone who’s spent time recently in the Brixton or Shoreditch neighborhoods of London has seen that even a shipping container isn’t immune to hipster-fied repurposing. Shipping Container discusses in detail the mechanics of this object. It broadens this out to reflect on the significance of design and the efficiencies of standardization.

Verdict: Borrow. Shipping Container is impressive in the way it manages to spin an apparently dull object into intelligent and interesting explanations of design and commerce.