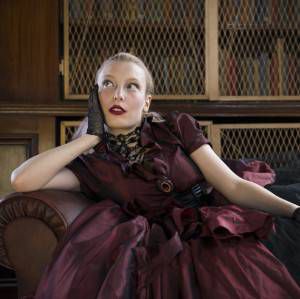 Many years ago, in the mists of time which I refer to as “pre-kids,” I went to a Renaissance Festival with some friends, who had invited me along. I was very excited about it for days leading up to the trip, my hyper and very active imagination populating what Renaissance Festival was clearly going to be like. When we got there and wandered around around, I was disappointed immensely. Rather than being a historical recreation of the Medieval world, this was just…people having fun on the weekend? While vendors wore odd outfits and tried to sell non-Medieval-specific wares to them?! What the hell! By the end of the day, I was supremely cranky. (Now I would treat it as closer to a state fair than a historical district and probably chill the hell out about it.)

So it goes that many years later, I read this article by Sarah Chrisman, in Vox, all about her lifestyle as a Victorian woman. She and her husband have gotten rid of all the “cheap modern trash” in their lives and replaced them with the sturdier, better, olden days versions of same. Fridge? No! Block of ice! Car? Perish the thought my good man! Strange bicycles instead. And so forth. 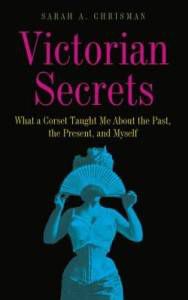 I read the article with a mixture of delight and increasing levels of crankiness. Delight because, as with the Renaissance Festival, I love the idea of stepping into a different era or world and briefly inhabiting as realistically and fully as possible. If I could role-play living and working on a starship, I’d be gone in a heartbeat. If I could spend a week role-playing Victorian life, I would (you know, the fun bits.) The crankiness was from the tone, for one thing, which was condescendingly superior toward our inferior modern life, and attitude which is called “nostalgia” for which I have zero time for. I hate that shit so much.

Then I realized that my delight and crankiness were very familiar and I went rummaging through my nonfiction shelves and discovered I owned her book, Victorian Secrets: What A Corset Taught Me About the Past, the Present, and Myself. I was sent it but never read it, so baffled and put off by the beginning bits and the cover letter’s tone of “Can you believe I’m going to wear a corset?? What am I even like?” (I remember quietly asking a few women “Listen…corsets are still a thing, right? I didn’t miss something, did I? Okay.”)

There are two levels of crankiness I have for her and her new, superior, lifestyle, and they are as follows. For one thing, I am very obsessive about the Victorian era. I love it. I read as much about it as I can and I still haven’t read enough. So what I quickly notice when reading anything about her and her new lifestyle is that she gets to miss out on the awesome bits of Victorian life, like gout! Rickets! The goddamn dentistry. Seriously, anytime anyone glorifies the past, go look at the dentistry equipment of the era.

How far does she go with this lifestyle adaptation? Because it doesn’t have to be that far until you start evangelizing it, and then it’s gotta be pretty far. Does she use either an outhouse full of sand and wipe herself with either a stick or perhaps a page from the almanac? Does she use a piss bucket instead and either lob the contents out the window or leave them out back for a man to collect (a service that is possibly discontinued these days). For that matter, what part of Victorian life is she replicating? Life in the city, I assume, not life in the country, because these are different things. Life in a Victorian town, perhaps? Or possibly just a vague group of Victorian things that one might see on a BBC drama and go “well that’s probably all of it then.”

At one point, she goes to the ER for something, because modern medicine is still okay apparently. Does she bring period accurate needles for them to use? Those could be a doozy.

And so on and so forth. I can’t get through the article without picking out all these details, let alone the book. And that brings me to my second crank, which is: money and privilege.

I wasn’t raised as poor as possible, and I only know this because some of the people around me were about as poor as possible. But I was raised in places that have left me with a permanent part of my brain that thinks about money in any given situation. Not in a greedy way, just noting where it is and what it’s doing. And in this situation, as I read the article, all I could hear was “look at my superior lifestyle…which my free money has allowed me to have.” (I assume they’re paid at modern rates) She’s a hipster in a class I’m not, but there’s no real talk about class when she writes (because this is invisible to her, presumably. Her class. Her inferiors are not.) Again, this wouldn’t be a concern were it not for the condescension and evangelization of the past. That’s the part that makes it rubbish. I personally love very old fountain pens. I’m not writing to tell you that your keyboard sucks.

The money and privilege are alienating to me, here and elsewhere. I was reading Michael Chabon’s Wonder Boys, and didn’t get very far because everyone in the book was a white male academic or writer with some money and I had kept thinking “These people are assholes and I have nothing in common with any of them.” 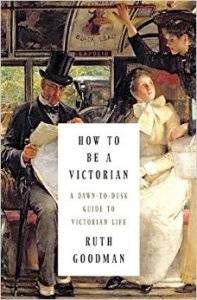 By the way, the best thing about all of this is, you can view “Living in the Victorian Era” as a controlled environment in which you introduce two variables. One is Sarah Chrisman and her hipster thing. But the other is the glorious and magnificent Ruth Goodman. She has done a great deal of work in which she goes back in time and replicates living and working in the Victorian era, among others, and it is absolutely riveting. Her book How To Be A Victorian: A Dawn to Dusk Guide to Victorian Life is methodical and fascinating, lacking cherry-picked nostalgia and focusing on proper history. It feels like time-traveling anthropology, which is essentially what it is, a lot more than a chance to prove oneself better against the modern world (we have more or less eradicted Polio. I am wholly in favor of the modern world).

Live in the past if you like, and replicate it as completely as your heart desires, but try to do it with as little bullshit as possible. Not with as much bullshit and lack of perspective as you can stuff into every possible corner.