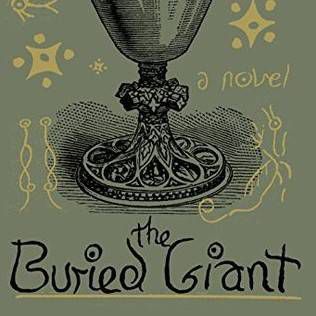 Most writers who develop a devoted readership over time do it with a series of books that offer comforting similarity. It’s easy for their fans to return again and again to the tried and true. It’s far more rare for someone to pull off the same trick by never repeating himself. You wouldn’t think that an author who achieved fame with his realistic portrait of a repressed butler in a grand manor house would then turn to Kafkaesque surreality in depicting the experiences of a musician in Central Europe. He certainly wouldn’t veer off into dystopic science fiction after that, leaving his followers utterly unable to imagine what he’d come up with next. Unless his name was Kazuo Ishiguro. 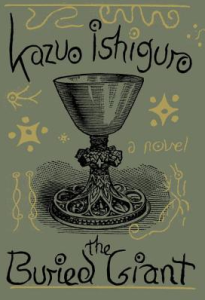 The wait is over. With his latest novel, Ishiguro again combines his insider’s knowledge with his outsider’s sensibility to write a book that no one else could. He’s reached all the way back to the origins of English literature for the particulars of his story, but the uneasy mood it creates is very much of the present day. The Buried Giant is about confused, desperate, and disconnected people who roam a fragmented country, but its characters (and its readers) still find a way to draw themselves together around a glimmering fire of hope. It’s a remarkable book that fulfills and confounds all readerly expectation at once.

But is it a great book? Long after finishing it, I find myself still wondering. I was certainly strongly affected by reading it. The tale of Axl and Beatrice, an elderly couple beset by a literal fog that robs them of their memories, are one of the most compelling pairs in recent fiction. Their personal struggle to reconnect with each other and with their estranged son would be powerful on its own, and it’s made more engaging because of the way Ishiguro raises the stakes. As they undertake their search, they run afoul of larger political movements playing out in a troubled pre-medieval world. King Arthur is gone and Camelot with him, once-united tribes are reconsidering war, and ancient knights are attempting to restore balance in the traditional way, by questing to kill a dragon who may or may not exist. The trappings of fantasy are there, but they reveal themselves slowly, without full clarification. Even when the novel reaches its emotional climax, his characters aren’t sure which parts of their experience are real and which false.

One of the things I like best about The Buried Giant is that it’s not afraid to make its readers as uncomfortable as its protagonists. While the same kind of story could just as easily be told in any strife-torn contemporary setting, it would enable the reader to think, “Well, that’s how it is in Afghanistan/Syria/Ferguson, Missouri, but that’s not what it’s like here.” The author obviously intends to make a more universal statement than that, and it seems necessary that he create an environment that’s as defamiliarizing to us as it is to Axl and Beatrice. Ishiguro is grappling with reality and fantasy to tell us something important about our mundane mortal existence, which is an admirable and original thing to attempt.

Except that in certain lights, it’s not all that original. Ursula K. Le Guin is a writer who’s spent a fifty-year career straddling the same line between literature and fantasy that Ishiguro has recently put his toes across, and she’s not impressed with what he’s done. In her response to the book, she quite rightly points out that many authors, herself included, have successfully integrated the warring elements that he handles in The Buried Giant without experiencing the same angst (and without garnering the same level of attention and acclaim). As she says, “Fantasy is probably the oldest literary device for talking about reality.”

So is the tension Ishiguro’s novel generates a feature or a flaw? Is it an indication that he’s borrowing genre tropes and leaving them undigested on the page, or is it the sign of a breakthrough in genre itself? Can The Buried Giant be good literary fiction and bad fantasy at the same time?

Maybe I’m giving Ishiguro too much credit for being a literary writer who unhesitatingly embraces experimentation, but I think it can be both. Paleontologist Steven Jay Gould resolved the perceived conflict between science and religion by declaring that they occupy “non-overlapping magisteria,” which is to say that they both teach truth in completely different discursive realms. Likewise, a book can more than meet the needs of one group of readers while disappointing another. Such a book might even pull those readerships in mutually beneficial directions even as they grumble about it. After all, a good compromise leaves both parties slightly dissatisfied, at least at first. Eventually they realize that it was just what they needed to progress. In writing about an imaginary past, Ishiguro may well be creating a new future for fiction.