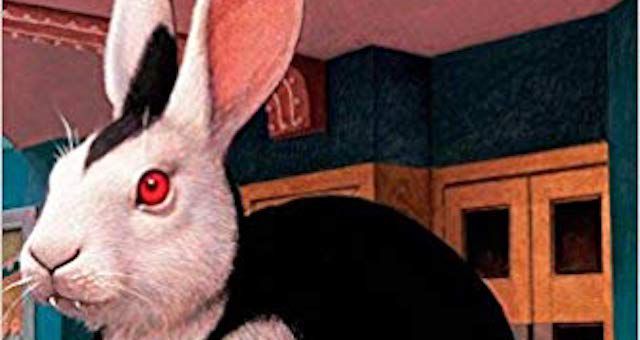 Written by Deborah and James Howe, Bunnicula has charmed and enchanted scores of readers since its publication in 1979. The popularity of the chapter book inspired a series. James Howe would go on to write them himself after his wife passed of cancer, just ten months prior to Bunnicula’s release.

Dealing with the grief of the loss of his wife, Howe wrote in an introduction to the book, “The impact, however, occurred gradually. One day I found an envelope in my mailbox with my name and address written in pencil in a childlike hand. What in the world can this be? I asked myself as I tore it open and withdrew the letter from inside. No wonder the handwriting had been childlike—the letter was from a child. It had never occurred to me that I would get actual letters from actual readers!” 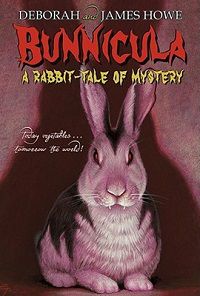 Forty years later, the book’s popularity remains. Howe notes in the same introduction: “Debbie and I had not really known what we were doing when we wrote the book,” particularly in the context of vocabulary and “hard words.” But who can resist the allure of a maybe-vampire rabbit, a case-obsessed cat, and a humorous, unreliable narrator of a dog coming together under the roof of the Monroe’s?

Delighting children and adults alike, Bunnicula has remained massively popular with readers of all stripes. To celebrate the staying power of this peculiar and unusual chapter book, here are ten Bunnicula quotes.

“The book you are about to read was brought to my attention in a most unusual way. One Friday afternoon, just before closing time, I heard a scratching sound at the front door of my office. When I opened the door, there before me stood a sad-eyed, droopy-eared dog carrying a large, plain envelope in his mouth. He dropped it at my feet, gave me a soulful glance and with great, quiet dignity sauntered away.”

“Allow me to introduce myself. My name is Harold. I come to writing purely by chance. My full-time occupation is dog.”

“In our family, everyone treats everyone else with great respect for his or her intelligence. That goes for the animals as well as the people. Everything that happens to them is explained to us. It’s never been just ‘Good boy, Harold,’ or ‘Use the litter box, Chester’ at our house. Oh no, with us it’s ‘Hey Harold, Dad got a raise and now we’re in a higher tax bracket,’ or ‘Come sit on the bed, Chester, and watch this Wild Kingdom show. Maybe you’ll see a relative.’”

“I would have bitten his ankle, but I knew he hadn’t changed his socks for a week.”

“So, this is a rabbit, I thought. He sort of looks like Chester, only he’s got longer ears and a shorter tail. And a motor in his nose.”

“A rabbit, I concluded, is cute to look at, but is generally useless, especially as a companion to dogs.”

“‘This little head poked out from around the corner and looked to either side to see if the coast was clear. Then…guess who came bouncing out all by himself, ,and with that idiotic grin of his plastered all over this face?’

“‘Not unless he wears bunny pajamas and gets very tiny at night.’”

“‘Fangs are more pointed, and vampires use fangs to bite people on the neck.’

“‘Wait a minute. I saw Mrs. Monroe bite Mr. Monroe on the neck once. Does that mean she’s a vampire?’

“‘Hey Dad, did you leave your brandy glass out last night? Chester is acting a little weird.’”

“‘Boy, nothing wakes you up,’ he said. ‘I’ve been yelling and poking at you for ten minutes.’

“‘I was dreaming,’ I answered defensively, ‘about a place where there weren’t any cats around to bother nice dogs and wake them up when they needed their rest.’”

Want more talk of classic and contemporary children’s books? We’ve got you covered.