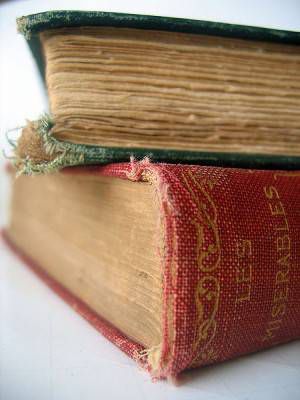 Jamie Moore is the author of Our Small Faces (ELJ Publications, 2014). She received her MFA from Antioch University Los Angeles and works as an English Professor. She loves diverse lit in all its forms and helps coordinate a festival called Mixed Remixed which celebrates multiracial stories. Follow her on Twitter @mixedreader.

I grew up an awkward, bookish mixed kid. I didn’t feel like I fit in with most of the kids around me partly due to my desire to hang out in the library instead of the soccer field, and partly because of my weird family. My parents didn’t match like most of my friends, and I had an extended family of aunts and uncles and cousins that often visited on weekends. I lived between two worlds as a kid: my mostly white school and the mostly black Baptist church I grew up in. My worlds had different foods and different ways of saying things. I learned quickly how to move between them; I learned to switch parts of who I was depending on where I was. From elementary through middle school, I read books about kids having adventures, (for a whole year I convinced myself I was Harriet the Spy). I read about about teens navigating the new-weirdness of adolescence (Judy Blume will always be my homegirl). But through all that reading, I longed for a book that I could see myself in.

I was searching for some kinky-haired kid who felt as “other” as I did. My mother, fresh from college, handed me books that she hoped would help me feel more connected to my black heritage, from Mildred Taylor to Maya Angelou. And though I loved these writers immensely, there was something missing for me. I didn’t know if I fit into the worlds they created; if I could claim them as my own.

I wanted books that spoke to my feeling of inauthenticity. I wanted to know it was okay to question. I wanted to read about the tension between cultures and watch a character navigate the gray spaces between the parts of their identity. I wanted to see how they dealt with the question “what are you” over and over again. 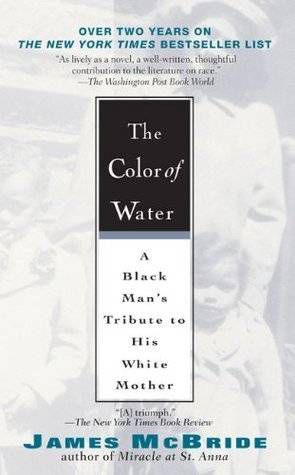 At the beginning of high school, my honors English class required us to choose a summer reading book from a pre-made list. I chose the book The Color of Water by James McBride because it looked interesting and not as long as some of the others. I had no idea my reading world was about to burst open. The Color of Water describes the experience of a young man growing up in the late 1960s, who because of color and society identifies as black, but is being raised by his white mother. Through the book, he deconstructs what it means to be mixed, especially during a time in history where it seemed his whole world was black versus white. I related to his fears, his questions, his chaotic household. For the first time, I felt like this kind of story, my kind of story, was valid and worth telling. This began my search for more of these stories.

As I was introduced to the canon of literary classics in my high school classroom, I sought to build my own canon of books that talked about the mixed experience. As I skimmed Dickens, I devoured Danzy Senna’s Caucasia, which taught me how race can affect the fragility of family bonds. After Austen and Brontë bored me, I found myself in Heidi Durrow’s The Girl Who Fell From the Sky, which reminded me how code-switching affects our social lives.  I skipped Melville for Rebecca Walker’s Black, White & Jewish and Zadie Smith’s White Teeth, which both described the micro-aggressions and moments of absurd humor that come with existing in a middle space.

Though I recognized the importance of the classics, the books of my canon gave me characters who understood what I went through every day. I felt less alone. I believe most readers search for the familiar in what they read, whether it’s a mirror of themselves, a world that fits within their imagination, or a narrative that expresses their truths. My Mixed Canon did all of this for me and helped me to continue being a reader during a time when I could have easily found myself pushed away from books, as so many high schoolers do. My reading life became so much fuller when I was able to surround myself with the books I needed to help define myself and claim my mixed identity.