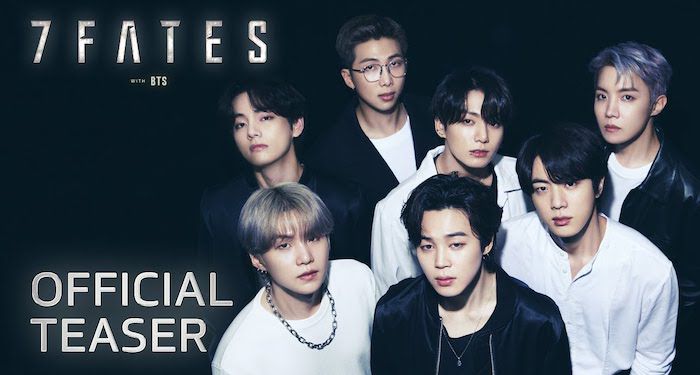 The famous K-pop band BTS, along with their label HYBE, is releasing a webcomic and webnovel called 7Fates: CHAKHO. It is a fantasy story following seven young men who are discovering their destiny in a world filled with mythological creatures, inspired by Korean Chakhogapsa (tiger hunters) mythology. The webcomic will be hosted on WEBTOON and the webnovel will be hosted on Wattpad. Both will go up in January 2022.

This is the first in a series of partnerships between Wattpad/WEBTOON and HYBE artists, with six total webcomic/webnovel projects planned.