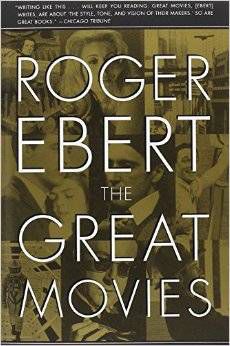 As many of you know, June is LGBTQ Pride Month. Usually, Pride is an opportunity for me to think about what wonderfully queer things impacted me over the last year and compare that to what impacted me in my teens, twenties, etc. This has always functioned as an uplifting exercise. A chance to see how much better things are now compared to when I was sixteen and petrified that someone would find out that my BFF and I were holding hands on the bus under our coats. A way to catalogue how society has grown in terms of rights, representation, and general quality of life around queer folks.

This year has been anything but uplifting for members of the LGBTQ community. The right to use the bathroom in peace is now a war with various state governments. Our representation on television has been shattered (16 queer women killed off in 2016 alone) with no end in sight. It seems like weekly we learn of another trans* person of color who has been murdered. And then Orlando. Far more talented writers and I have conveyed the absolute despair that the murder of 49 people, mostly queer PoC, has sent ricocheting through our community. I am angry, and heartbroken, and so very tired. Another sanctuary has been breached, a safe space erased. It would be so very easy to only see the bad, the horrible, and to lose hope.

In this, I refuse. There were bright spots over the past twelve months for me. Wonderfully queer moments that brought me joy, and now which give me hope. From summer camp to the Underworld, and the streets of Victorian England to the decks of a pirate ship, queer girls popped up in a plethora of comic book locations and universes. Here are some of the couples that made my heart swoon and reminded me we are here, we have always been here, we will persevere.

Mal and Molly are the personification of first love. They are cuter than a pile of puppies. Mal hatches detailed plans. Molly takes action. Together they are perfect. When I was a Girl Scout (because of course I was) I crushed on my fellow campers, but never once suspected that another girl might be crushing on me. Lumberjanes shows us queer visibility in an all-ages comic. It’s never even a question that Mal and Molly’s relationship is okay and fully accepted by the others. I can’t even imagine how different my adolescence might have been had Lumberjanes existed for me.

I was a little late on the Adventure Time train, but the cover of #6 with them perched on a classic scooter won me over immediately. One of my favorite aspects of Princess Bubblegum is her role as a scientist. The duality between her role as a princess and a woman of science is awesome. She’s the badass I wasn’t expecting, and Marceline is the sensitive artist. I love them. Again, first love, all-ages comic, incredibly sweet and well done.

I’ve spoken at length on PRPP. It’s currently my favorite comic. Setting aside the awesomeness of pirates, swords, and revenge, at the heart of the story are Raven and Ximena. They are so in love with each other, yet because of their shared past, both are afraid to confess those feelings. It breaks my heart on the regular, but in that really good, angsty, you know they’re going to eventually be together way.

I don’t remember how I discovered Angela: Asgard’s Assassin, but it quickly became a book I looked forward to each month. The subsequent titles that followed, 1602 Witch Hunter Angela, and Angela: Queen of Hel, were equally amazing, and perhaps more importantly, gave Angela and Sera the happy ending they deserved. Again, I was drawn to this comic because of the badass warrior I expected to find in Angela, but ended up quite smitten with the witty, pop culture savvy, and equally badass sorceress Serra.

Horror has never been a genre I connected with. Be it movies, books, or comics, I am squeamish and scare easily. That being said, when it was announced that Marguerite Bennett was writing a Victorian love / horror story featuring two women, it didn’t matter. Recently my comic book dude Chris asked how I was coping with the scary-icky-gross parts and I responded, “Oh, I totally read it for the sex.” I may be exaggerating slightly, but Insexts is unabashedly feminist, queer, and NSFW.

Although Heathen doesn’t feature any queer couples (yet), it does boast an amazing queer protagonist. After getting caught kissing her best girl friend, Aydis is given the choice of marriage to a man or death. She refuses marriage, but her sympathetic father fakes her death and has her flee the village. In true warrior style, Aydis sets out on a quest to free the Valkyrie Brynhild, who’s been trapped by Odin on a Mountain top. She succeeds, but that’s only the beginning. Alterici tells a great story, and the art is simply breathtaking. Volume 1 is available both in print and electronically, and a Kickstarter for Volume 2 is set to begin any day now.