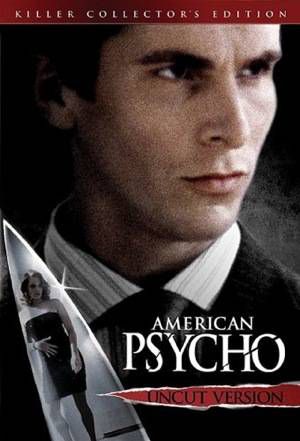 Last night at about 1am Pacific Time, Bret Easton Ellis began a five-hour Twitter rave-session about his notes on a sequel to American Psycho. It began with a few ideas for plot before spinning to a catalog of what Patrick Bateman would think about contemporary culture. Here are few highlights.

Ellis began with what appeared to be some genuine notes on the set-up and plot of the sequel:

Today In Books Newsletter
Sign up to Today In Books to receive daily news and miscellany from the world of books.
Thank you for signing up! Keep an eye on your inbox.
By signing up you agree to our terms of use
Then, Ellis began listing some of Bateman’s opinions about various celebrities, pop culture, and whatever category Kirk Cameron now falls into:

It got to a point where it was hard to know what, if any, of this Ellis was serious about, though his
last tweet about it did suggest that he was honestly considering the project:

As of this writing, his Twitter feed still the complete transcript and there’s quite a bit more than what I’ve included here (I do wonder if he or his publisher/agent will think better of leaving it up, so if you are interested, I would scurry over there post haste.)